Waypoint plugin for Mapbox GL Draw. It allows user to drag vertices only, prevents dragging features. Also, it merges UX of simple_select and direct_select modes together, to save mouse clicks when switching between them. 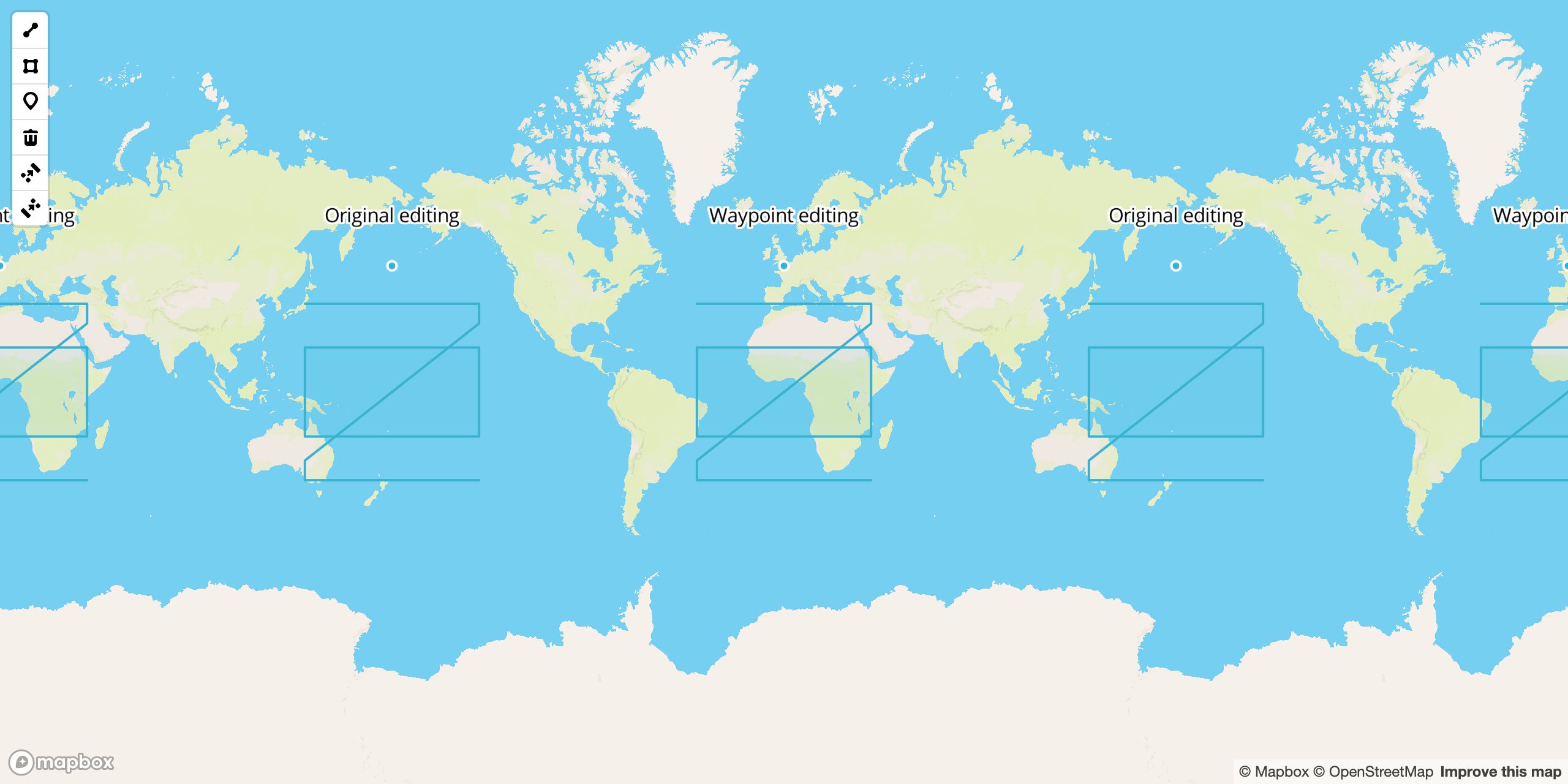 This plugin exposes a single function enable, which should be used to patch the original MapboxDraw.modes object.

The second argument to MapboxDrawWaypoint.enable is a function to select features which should have the plugin enabled (defaults to all).

The patching method is compatible with mapbox-gl-draw-geodesic, both patches can be used together.