gtfs-to-html creates human-readable, user-friendly transit timetables in HTML and PDF format directly from GTFS transit data. Most transit agencies have schedule data in GTFS format but need to show each route's schedule to users on a website. This project automates the process of creating nicely formatted HTML timetables for inclusion on a transit agency website. This makes it easy to keep timetables up to date and accurate when schedule changes happen and reduces the likelihood of errors. 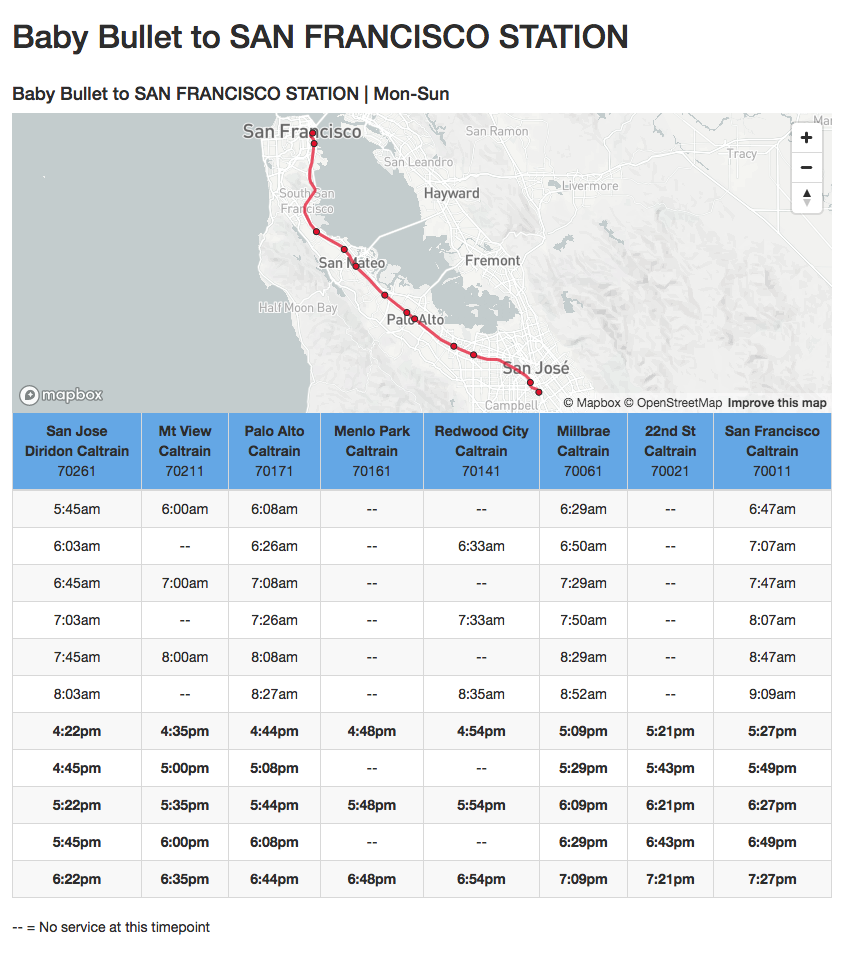 gtfs-to-html has many options that configure how timetables are presented. It also allows using a completely custom template which makes it easy to build chunks of HTML that will fit perfectly into any website using any HTML structure and classes that you'd like. Or, create printable PDF versions of timetables using the outputFormat config option.

gtfs-to-html properly formats timetables to ensure they are screen-reader accessible and WCAG 2.0 compliant.

By generating future timetables and including dates in table metadata, your timetables can appear in advance of a schedule change, and you can validate that your new timetables and GTFS are correct.

gtfs-to-html can also generate a map for each route that can be included with the schedule page. The map shows all stops for the route and lists all routes that serve each stop. See the showMap configuration option below.

Note: If you only want maps of GTFS data, use the gtfs-to-geojson package instead and skip making timetables entirely. If offers many different formats of GeoJSON for routes and stops.

You can now use gtfs-to-html without actually downloading any code or doing any configuration. run.gtfstohtml.com provides a web based interface for finding GTFS feeds for agencies, setting configuration and then generates a previewable and downloadable set of timetables.

Many transit agencies use gtfs-to-html to generate the schedule pages used on their websites, including:

Are you using gtfs-to-html? Let us know via email (brendan@blinktag.com) or via opening a github issue or pull request if your agency is using this library.

gtfs-to-html is used as an integral part of transit-custom-posts - a GTFS-optimized Wordpress plugin for transit websites. 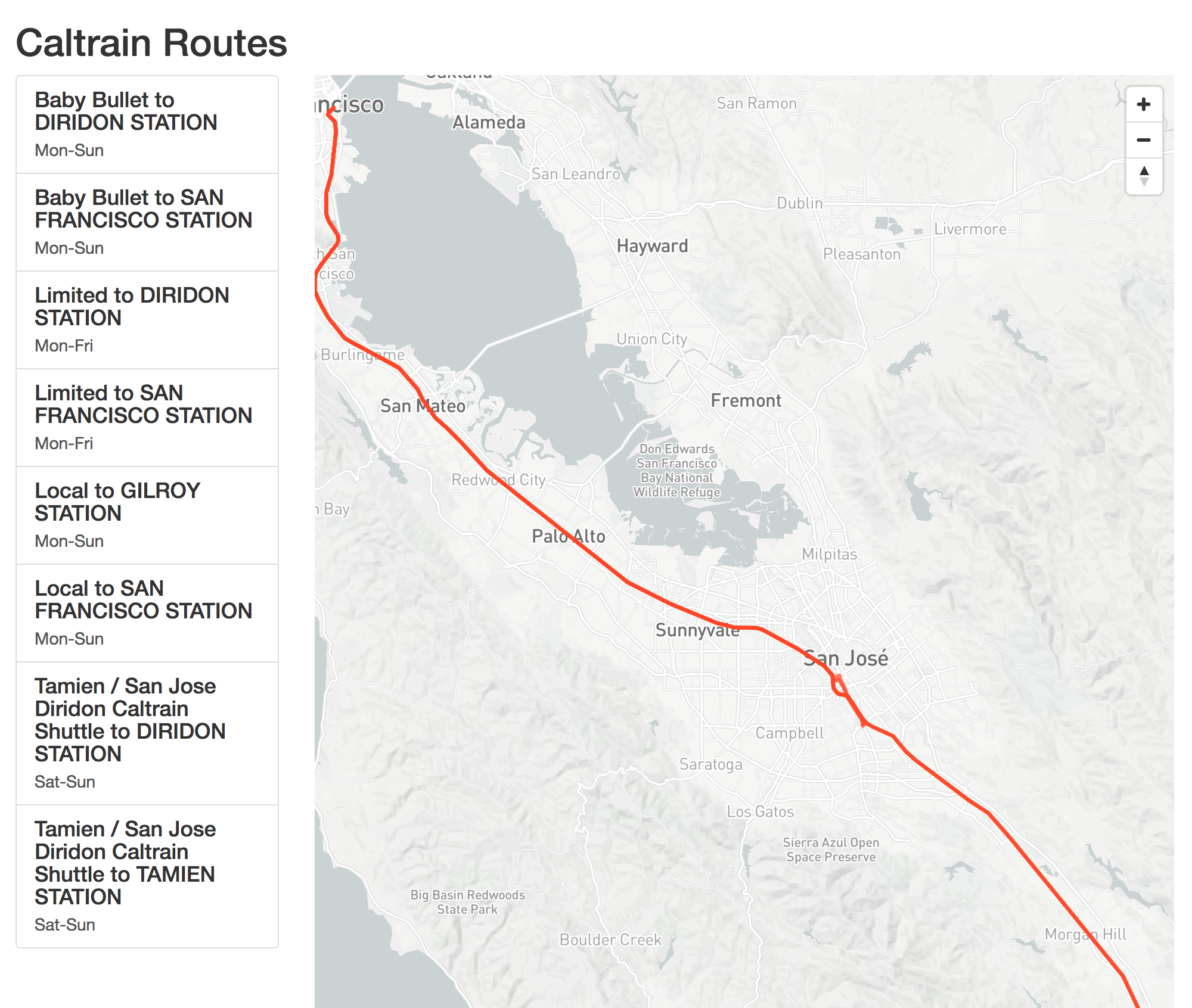 Pull requests are welcome, as well as feedback and reporting issues.