Node-Red node to load balance either with static routes or dynamic routes.

Basically spreads input messages to flows based on:

This allows incoming messages to be passed to servers that may be other node red instances.

For HTTP sticky can be selected. This stores the path in a cookie and the same path is reused so long as it is available and the cookie information is maintained on message.

Out port zero is used for administration and used to send message if there is no availability in all routes. This allows responses messages or queuing to be managed.

Default capacity is visible when capacity based mode is selected.

At no capacity is visible when capacity based mode is selected. Allows choice of what is to be done with message when full capacity is reached.

At no availablity allows choice of what is to be done with message when there is no availabilty. Messages either discarded or sent to admin port. 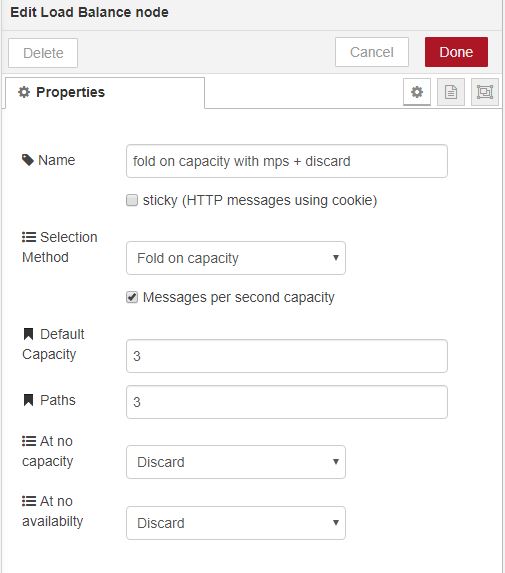 When paths equal 1 a template in workflow can be selected. 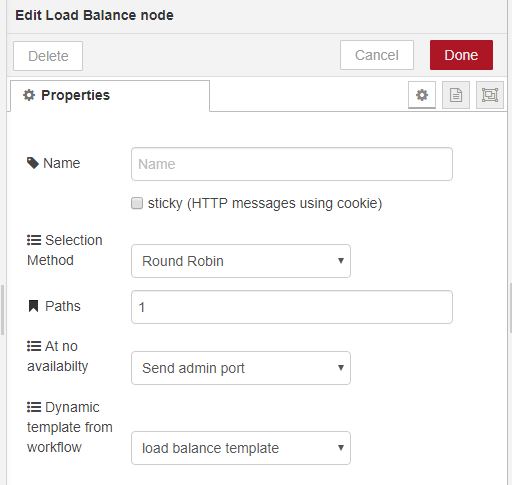 Only "http request" types work at this stage and it requires the template to have url set to blank. See test for details.

Takes in metrics and availablity for a path in msg.payload in form:

or and array of above.

Capacity of zero is considered saturation. Positive values are expected.

Will send metadata about queues to admin output port.

Will send metadata about queues to error log so visible in debug console.

Routing can be based on a hash or a property in the message. See pane below. Either FNV or Pearson hashing technique can be used. If Pearson at most 256 routes are possible as this is the lookup size used. The if an odd number of routes, 1 route will receive proportional less activity based number of routes. 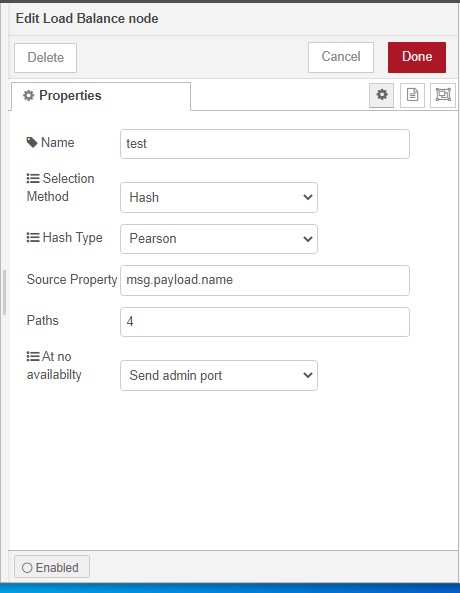 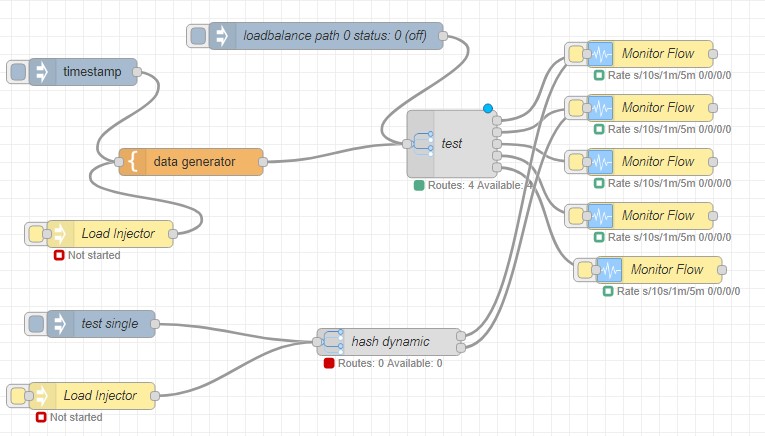 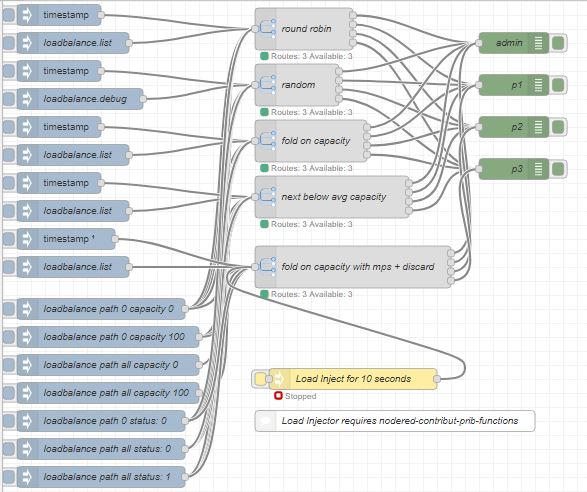 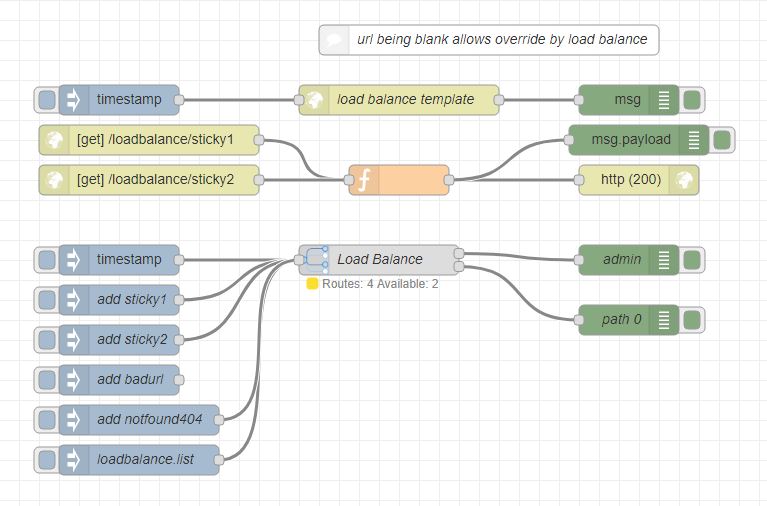