An offline map editing application for indigenous territory mapping in remote environments. It uses osm-p2p for offline peer-to-peer synchronization of an OpenStreetMap database, without any server. The editor is based on iDEditor, a simple and easy to use editor for OpenStreetMap. The app is web app built with Electron.

This project is under active development and we are testing it out in the field in Ecuador. 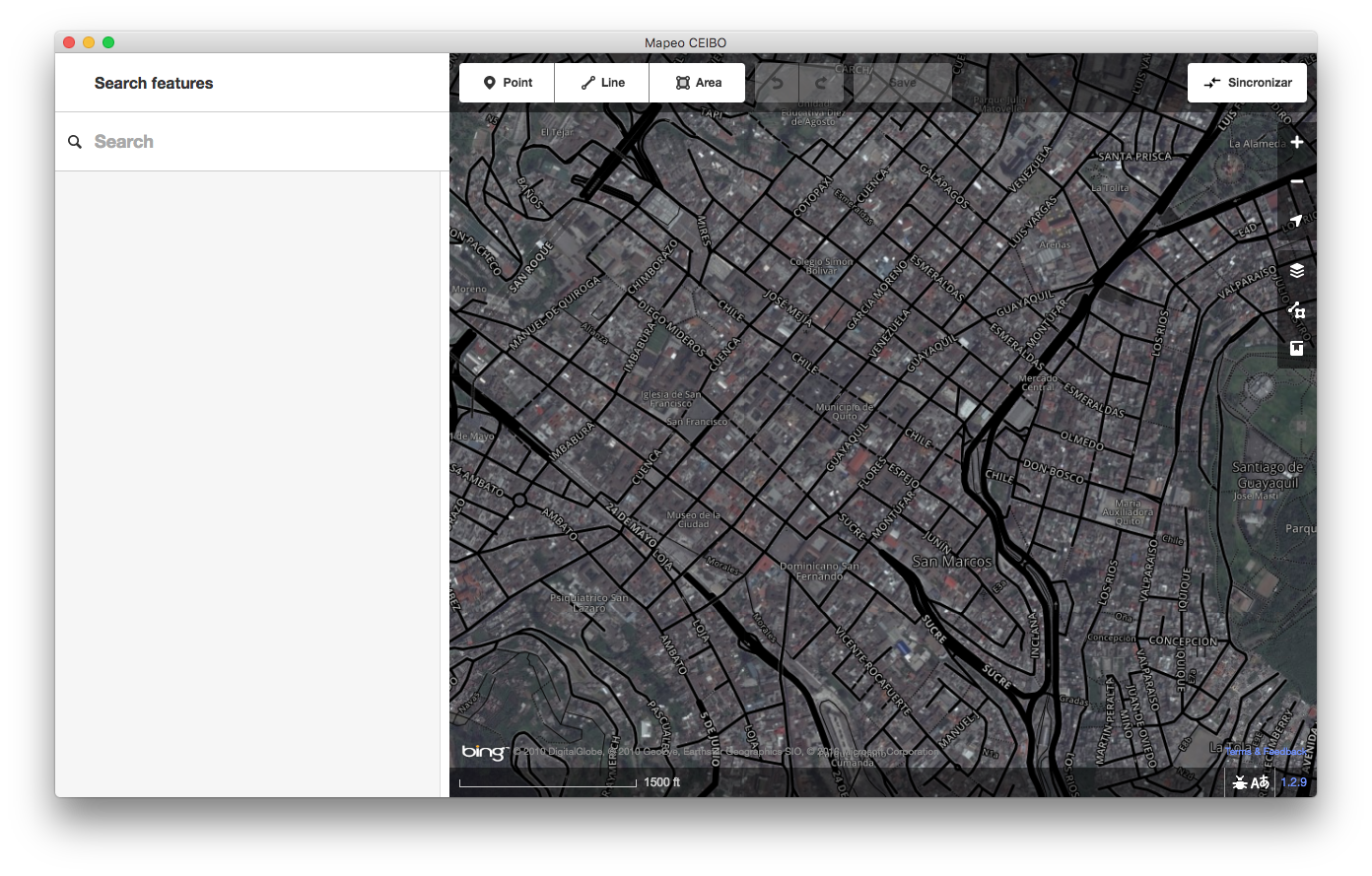 For a mobile application that is compatible with Mapeo Desktop, see Mapeo Mobile.

To clone and install all dependencies and start the program, execute

To run the application with debugging enabled, execute

In another terminal, run npm run watch to automatically generate the front-end bundle every time it is changed.

This runs a mock testing device that will broadcast itself on the local network. This device saves it's data in tests/test-data.

The integration tests use Spectron and Tape. They click through the app, taking screenshots and comparing each one to a reference. Why screenshots?

For MacOS, you'll need a Retina screen for the integration tests to pass. Your screen should have the same resolution as a 2016 12" Macbook.

When running integration tests, keep the mouse on the edge of the screen and don't touch the mouse or keyboard while the tests are running.

The resultant installer or DMG will be placed in the ./dist folder.

You'll be able to find the results on the project's releases page.

See downloading tiles for offline use.