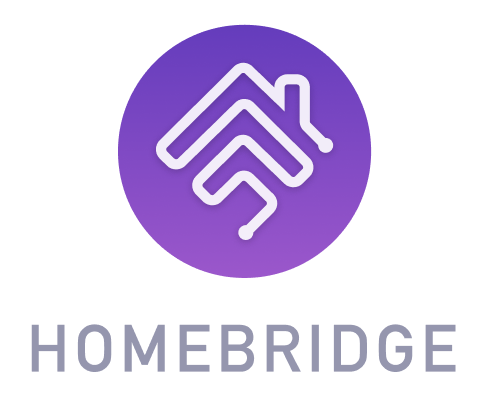 Homebridge is a lightweight NodeJS server you can run on your home network that emulates the iOS HomeKit API. It supports Plugins, which are community-contributed modules that provide a basic bridge from HomeKit to various 3rd-party APIs provided by manufacturers of "smart home" devices.

Since Siri supports devices added through HomeKit, this means that with Homebridge you can ask Siri to control devices that don't have any support for HomeKit at all. For instance, using just some of the available plugins, you can say:

You can explore all available plugins at the NPM website by searching for the keyword homebridge-plugin.

r/Homekit and r/Homebridge have also created a community Discord server, where users of both Homekit and Homebridge can discuss their different products as well as get support. The link for the community is here.

You can also chat with us in Slack.

Note: If you're running on a Raspberry Pi, you should have a look at the Wiki.

Homebridge is published through NPM and should be installed "globally" by typing:

You may need to use the --unsafe-perm flag if you receive an error similar to this:

Now you should be able to run Homebridge:

Homebridge will complain if you don't have any Plugins installed, since it will essentially be useless, although you can still "pair" with it. See the next section "Installing Plugins" for more info.

Once you've installed a Plugin or two, you can run Homebridge again:

However, Homebridge won't do anything until you've created a config.json file containing your accessories and/or platforms. You can start by copying and modifying the included config-sample.json file which includes declarations for some example accessories and platforms. Each Plugin will have its own expected configuration; the documentation for Plugins should give you some real-world examples for that plugin.

REALLY IMPORTANT: You must use a "plain text" editor to create or modify config.json. Do NOT use apps like TextEdit on Mac or Wordpad on Windows. Apps like these will corrupt the formatting of the file in hard-to-debug ways, making improper " signs is an example. I suggest using the free Atom text editor.

Once you've added your config file, you should be able to run Homebridge again:

Homebridge is now ready to receive commands from iOS.

Plugins are NodeJS modules published through NPM and tagged with the keyword homebridge-plugin. They must have a name with the prefix homebridge-, like homebridge-mysmartlock.

You install Plugins the same way you installed Homebridge - as a global NPM module. For example:

You can explore all available plugins at the NPM website by searching for the keyword homebridge-plugin.

IMPORTANT: Many of the plugins that Homebridge used to include with its default installation have been moved to the single plugin homebridge-legacy-plugins.

HomeKit itself is actually not an app; it's a "database" similar to HealthKit and PassKit. Where HealthKit has the companion Health app and PassKit has Passbook, HomeKit has the Home app, introduced with iOS 10.

If you are a member of the iOS developer program, you might also find Apple's HomeKit Catalog app to be useful, as it provides straightforward and comprehensive management of all HomeKit database "objects".

Using the Home app (or most other HomeKit apps), you should be able to add the single accessory "Homebridge", assuming that you're still running Homebridge and you're on the same Wifi network. Adding this accessory will automatically add all accessories and platforms defined in config.json.

When you attempt to add Homebridge, it will ask for a "PIN code". The default code is 031-45-154 (but this can be changed, see config-sample.json).

Interacting with your Devices

Once your device has been added to HomeKit, you should be able to tell Siri to control your devices. However, realize that Siri is a cloud service, and iOS may need some time to synchronize your device information with iCloud.

One final thing to remember is that Siri will almost always prefer its default phrase handling over HomeKit devices. For instance, if you name your Sonos device "Radio" and try saying "Siri, turn on the Radio" then Siri will probably start playing an iTunes Radio station on your phone. Even if you name it "Sonos" and say "Siri, turn on the Sonos", Siri will probably just launch the Sonos app instead. This is why, for instance, the suggested name for the Sonos accessory is "Speakers".

For a great introduction to writing plugins with some example code, check out Frédéric Barthelet's excellent blog post.

There are two basic types of plugins:

There are many existing plugins you can study; you might start with the included Example Plugins. Right now this contains a single plugin that registers a platform that offers fake light accessories. This is a good example of how to use the Homebridge Plugin API. You can also find an example plugin that publishes an individual accessory.

For more example on how to construct HomeKit Services and Characteristics, see the many Accessories in the Legacy Plugins repository.

You can also view the full list of supported HomeKit Services and Characteristics in the HAP-NodeJS protocol repository.

See more examples on how to create Platform classes in the Legacy Plugins repository.

Your plugin may need to perform a lot of asynchronous communication with 3rd-party services. To avoid "callback hell", you might try using next-generation JavaScript features like async/await.

Check out the homebridge-tesla plugin for an example of how to write code in TypeScript or ES6+Flow and transpile with Babel and Rollup for distribution.

When writing your plugin, you'll want Homebridge to load it from your development directory instead of publishing it to npm each time. You can tell Homebridge to look for your plugin at a specific location using the command-line parameter -P. For example, if you are in the Homebridge directory (as checked out from Github), you might type:

This will start up Homebridge and load your in-development plugin from a nearby directory. Note that you can also direct Homebridge to load your configuration from somewhere besides the default ~/.homebridge, for example:

This is very useful when you are already using your development machine to host a "real" Homebridge instance (with all your accessories) that you don't want to disturb.

Two reasons why Homebridge may not be discoverable:

The following errors are experienced when starting Homebridge and can be safely ignored. The cost of removing the issue at the core of the errors isn't worth the effort.

Technically, the device manufacturers should be the ones implementing the HomeKit API. And I'm sure they will - eventually. When they do, this project will be obsolete, and I hope that happens soon. In the meantime, Homebridge is a fun way to get a taste of the future, for those who just can't bear to wait until "real" HomeKit devices are on the market.

The original HomeKit API work was done by KhaosT in his HAP-NodeJS project.