Flagpack contains 260+ flag icons to easily use within your code project. Flagpack is an open source project and available for JavaScript frameworks/libraries Angular, Vue and React. 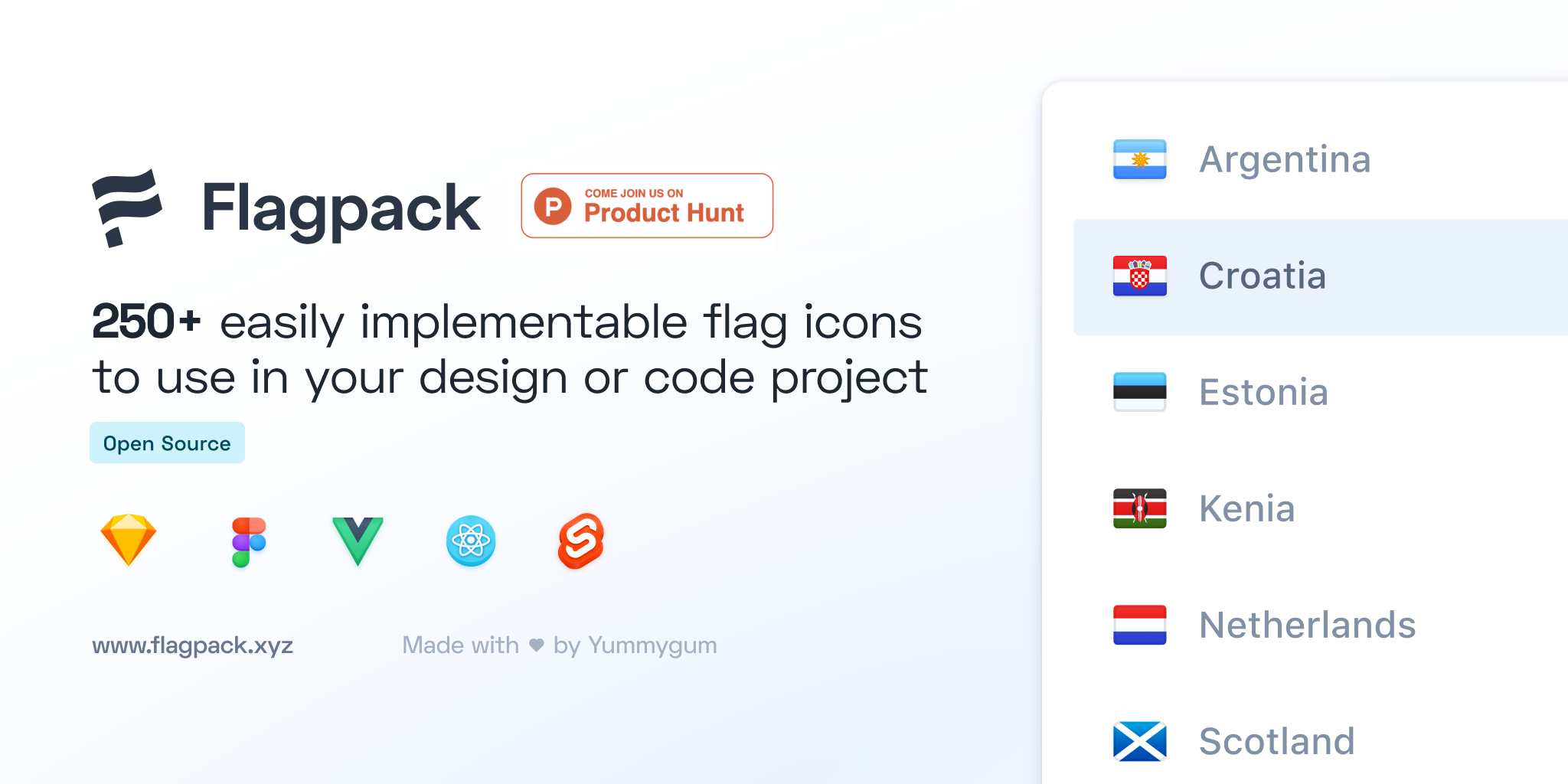 The core has been created to provide and share any logic and assets to the desired components. For example, it can also be used to map over the `countryCodeList.json` to display all flags.

Normally if you'll use any component the core will be automatically installed as peer dependency. If you want to test the core, you'll need to install one of the components and install the core as local module.

You'll need an .env file with a SPREADSHEET_KEY and API_KEY to be able to build the generateCodeList.js script to make the request to the GoogleAPI to fetch the flags data.

If you just want to make changes to the generateFlags.js, the .env is not needed, just use the current countryCodeList.json.

To release a new version you'll need to make sure all changes commits are done and pushed. After that you'll need to decide which release type you want to use. The release types are; patch (0.0.1), minor (0.1.0), or major (1.0.0).

This will update the version number in the package.json, and will add a git tag automatically. Next you'll need to push the git tag to the remote.

After that you'll need to publish to npm.

When you're confident with the release, make sure the version tag is also released at GitHub.

You can find a changelog of Flagpack's releases on the Releases page on GitHub.

Flagpack is an open source project published under a MIT license.