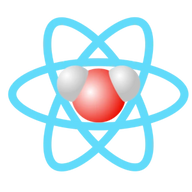 Do you have a web application to develop as soon as possible ? Are you tired of duplicating components such as a Navbar or a CookiesBanner across all your applications ? Do you want to use material-design standards ?

Well, you are in the right place. This lib was made just for you.

The aim of the project is to provide fast-to-use molecule components (like a Navbar, a CookiesBanner, and so on) built on top of material-ui components & standards.

The components are built under the compound pattern with this very simple purpose: save you time. They focus on what they were made for. They have very few props so you can integrate them right-away as they all have a built-in default behavior. You can customize easily any single inner component of a molecule component, and you can bring your own theme to customize them with your own styleguide.

By the way: no more bloated components library. components-extra is really light!

Visit the documentation site to see the list of available components the lib has to offer. You can check out the props of each component, see the source code of the stories and even play with them live with the react-live editor. You will also find guides to help you setup the library, use it, and extend it.

In order for the lib to be the smallest possible, the three following dependencies are externals to the lib. So you will need to have those four installed on your app:

Some more good news: This library is tree-shakeable and side-effect free! It also supports older builds like cjs and umd if needed.

Like Material-UI, the components all use Roboto font-familly as their main option, but it is not included in components-extra to provide more freedom to the developers.

You have to manually use the following CDN link to include the Roboto font in your application:

Getting started in only 2 steps

components-extra relies on both material-ui theme configuration as well as the styled-components theming system.

So the first step consists into wrapping your web application in components-extra's default theme provider <StyledProvider>:

Doing so will forward the theme object to all the children recursively. Not using this Provider above the other components will result in an JS error.

Import the component you want to use. For example, the BackToTop button:

And voilà! You're all set and ready to create your website's interface.

You can totally override the default theme. By default, the components use the following custom theme. This default theme is applied on top of the material-ui one.

You can override this theme with the prop theme of the StyledProvider component mentionned above.

Note: your theme object needs to follow the structure of Material-ui's theme. You can find it here: https://material-ui.com/customization/default-theme/

Say, for example, you want to override the 2 main palette colors to have this:

You can apply it this way:

All the components-extra are exported as styled-components, so you can extend them, and use them as styled selectors.

For example, to extend the BackToTop component:

Or to use it as a styled selector:

All the components export their Props interface and their Types. That means you can fully take leverage of their typings system, and extend them in your own project, and integrate them in other components.

Every component is exported as a styled-component and forward the ref you attach to it to the root HTML element it renders. You can learn more about react and the refs on nocode nobug's article.

All the types & interfaces can be imported from the index root, just like the components are.

Say, for example, that you're working with the CookiesBanner component. You can make a new component on top of it using TypeScript this way:

Your ExtendedCookiesBanner will inherit from all the props of CookiesBanner, plus the one you defined (here caption).

For a complete guide, pelase refer to the official documentation page: https://components-extra.netlify.app/guides/typescript.

Bundling in your project

components-extra is tree-shakeable, meaning that you can import its components as named imports, like this:

If your bundler is set up to use the tree-shakeable libraries, it will automatically only add the named imports you used. In this example, only the BackToTop button will be included in your bundle.

Else, if your bundler is not set up to use esm/es builds, you can still only include the components you need by importing them as defaults like this:

Do you have a component you would like to add in the library ? Please, open an issue and/or a PR! :)

Do you want to fix a broken feature ? Please, go ahead :)

Any ideas, suggestions ? Feel free to open an issue!

More about contributing guidelines & how to's can be found here.