Moving map display with the ability to use a combination of online and locally served charts.

Ability to select the active vessel and direct actions to it (where supported by the server).

Freeboard allows you to use your favourite instrumentation app installed on your Signal K server.

Select from installed applications in the settings screen and they will displayed in the instrument panel drawer.

Instrument Panel (@SignalK/InstrumentPanel) will be displayed by default.

Freeboard is a port of http://www.42.co.nz/freeboard for use with Signal K communication protocols and server features.

For all Freeboard features to be fully functional, it requires that the Signal K server in use be able to provide the necessary services for the following paths:

These functions may be provided natively by the server or through the use of plugins.

For example the following plugins installed on the Signal K node server will enable full functionality: 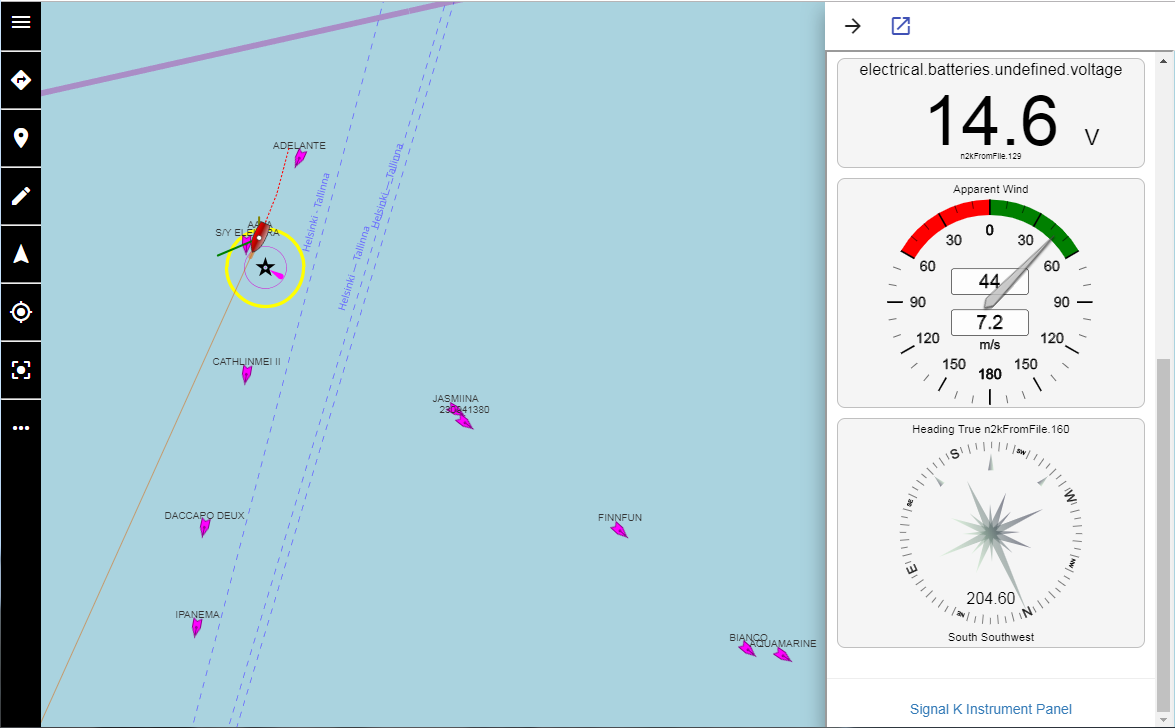 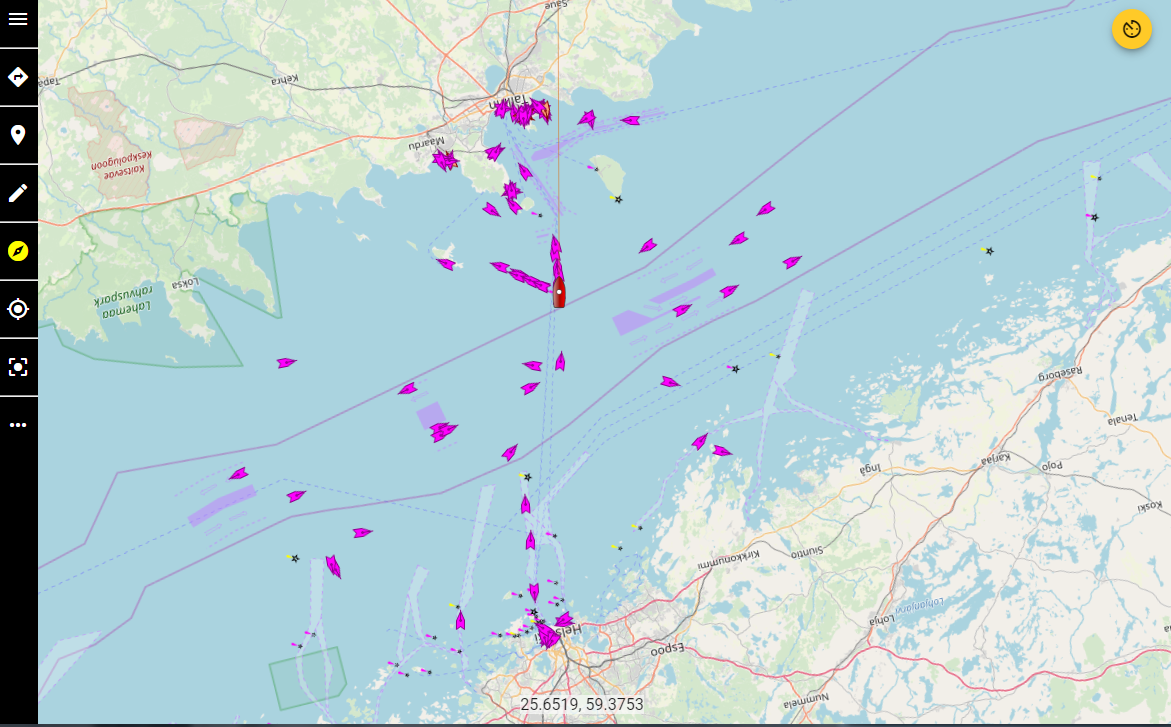 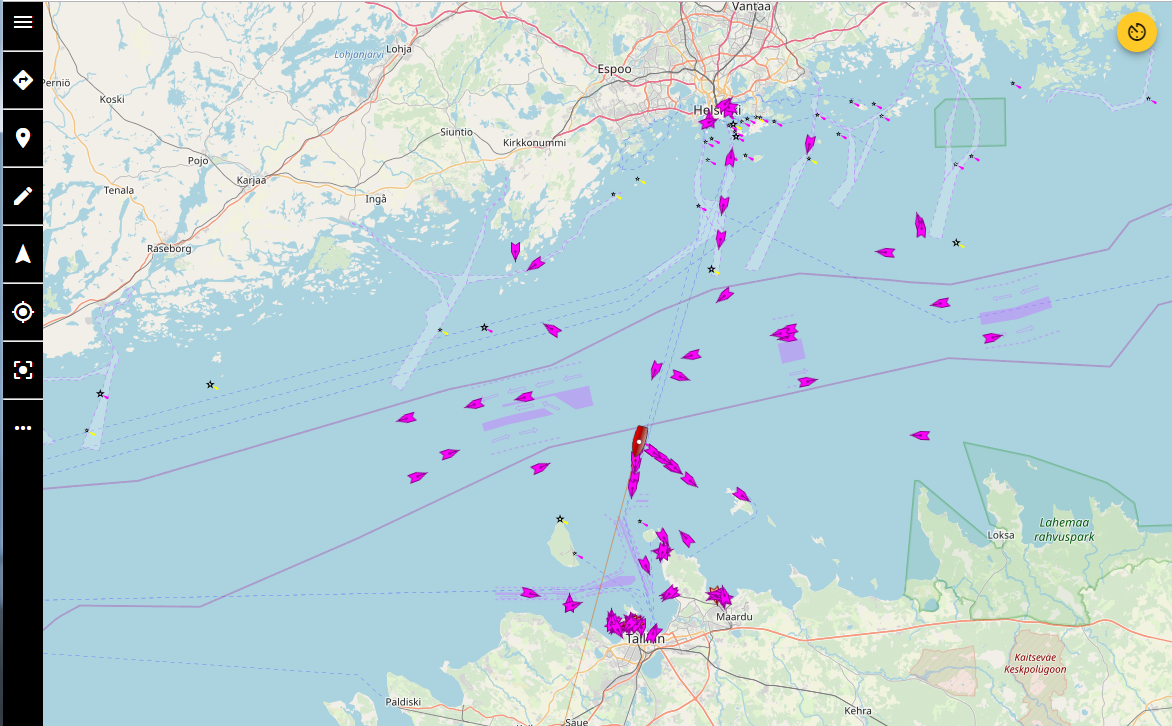 Freeboard is an Angular project generated with Angular CLI. It is recommended that the Angular CLI be installed globally npm i -g @angular/cli@latest prior to following the steps below.

The Freeboard application will look to connect to a Signal K server at the ip address:port contained in the url of your browser.

During development, if a Signal K server is not running on your development device, you are able to specify the Signal K server api / stream host you wish to connect to by editing the DEV_SERVER object in the src/app.info.ts file.

Note: These settings apply in Development Mode only!

They will NOT apply when using Production Mode, the generated application will attempt to connect to a Signal K api / stream on the hosing server.

To build the Freeboard application use the ng build --prod command.

Built application files for deployment are placed in the /public folder.

To build the NPM package use npm pack command which will:

Built *.tgz file is placed in the / root folder.