This plugin generates raw NMEA messages using vessel's position, speed, heading, etc. It does not require an AIS receiver or transceiver. If you do have an AIS, it also doesn't send positions received from it. If you would like a plugin that relays AIS data, check ais-forwarder instead.

The static info used in aisreporter is retrieved from the Signal K data for specific paths. The most important values like the MMSI number and the vessel name are available in the server's setting via the UI, for the rest you can use the server's defaults.json mechanism.

Optionally the plugin can keep on sending the last known position when position data is not updated, e.g when the GPS device is switched off while docking or for winter break. 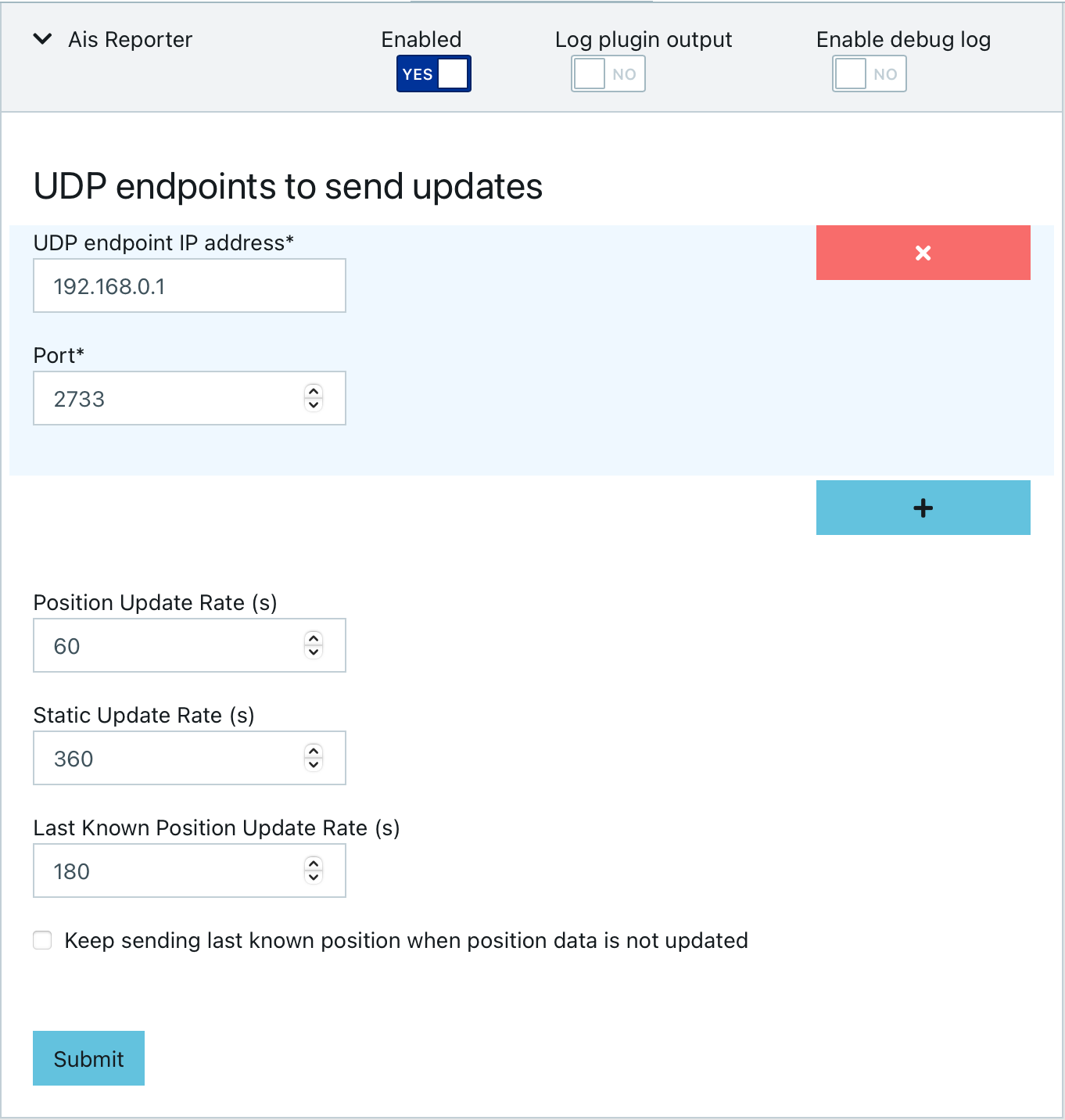 The source includes a utility udp_listen that you can use as a fake receiver to receive what the plugin is actually sending. Configure the plugin to send to for example localhost port 12345 and then launch the fake receiver on the machine that your SK server is running on with ./udp_listen 12345.