Generate a RFC4122 compliant v4 UUID and return it encoded in base-58. This is great for creating unique IDs which only consume 22 characters of storage (some encodes are 21 characters). Also library also provides base-58 encoding, decoding and validation.

Usage: creating a base58 UUID string

Usage: validation of a base58 UUID string

The uuid58 package provides three functions which can be imported

Notes on validation with valid(string)

There is finite performance cost to translate a v4 UUID into base58. Testing the overhead for the translation to base58 exposes an additional 25% increase. Three quarters of the runtime was consumed calculating the v4 uuid. Additional work could be done to bring the uuid calculation internal and attempt to increase performance.

In version =>1.2 additional performance work was completed by removing the validation process from the v4 UUID calculation and the runtime from the amazing uuid project was lifted and placed into src/uuid of this project. The package reduction was significant: 340k to 48k. Unfortunately little to no substantial performance increase although it was noticed v1.2 did consistently score better in realtime results but user+system remained nearly the same over 4M test generations. Additionally, the UUID string management process was updated to not create a traditional dashed uuid and the uuid v4 validation process was removed (which addresses specific user input and does not intersect v4 calculation). Performance increases are likely at a point of diminishing returns. 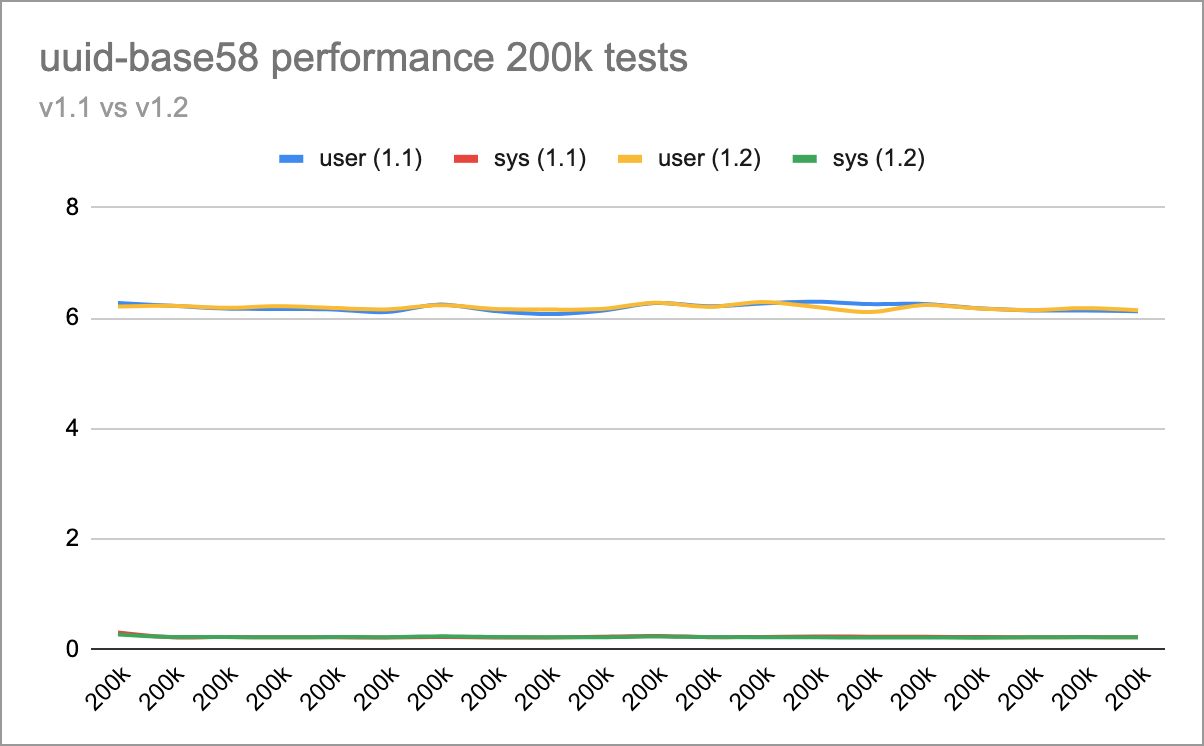 For version >= 1.2.X the official dependency on the uuid project was removed. The solution and dependency are still in use but only the portion required for a v4 UUID was marshalled over. The runtime was altered slightly and added to the src/uuid path. Current sizing is around 48k, down from 340k.

Additional information on Base-58.

Yes, thank you! Please update the docs and tests and add your name to the package.json file.