Or, How to ultra-over-engineer a buggy and useless piece of software

Whenever I wanted to setup a new project, I used to always run these commands:

So, I thought of automating it.

I thought of writing a tool (FML!) that could execute a series of commands.

This will basically read a json file that has a schema object. This schema object should have key-value pairs of schemas.

User can select a schema by passing a cli arg(-l) that points to the json file containing schemas key-value pairs:

--skip-confirm=true option is passed. Otherwise, user has to confirm the execution of each task.

A sample schema object. Here, there are tasks that will run sequentially. : 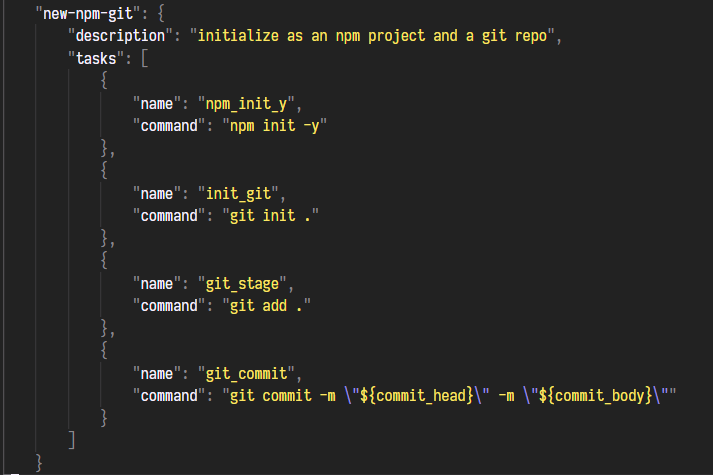 This is how the tasks are run sequentially. 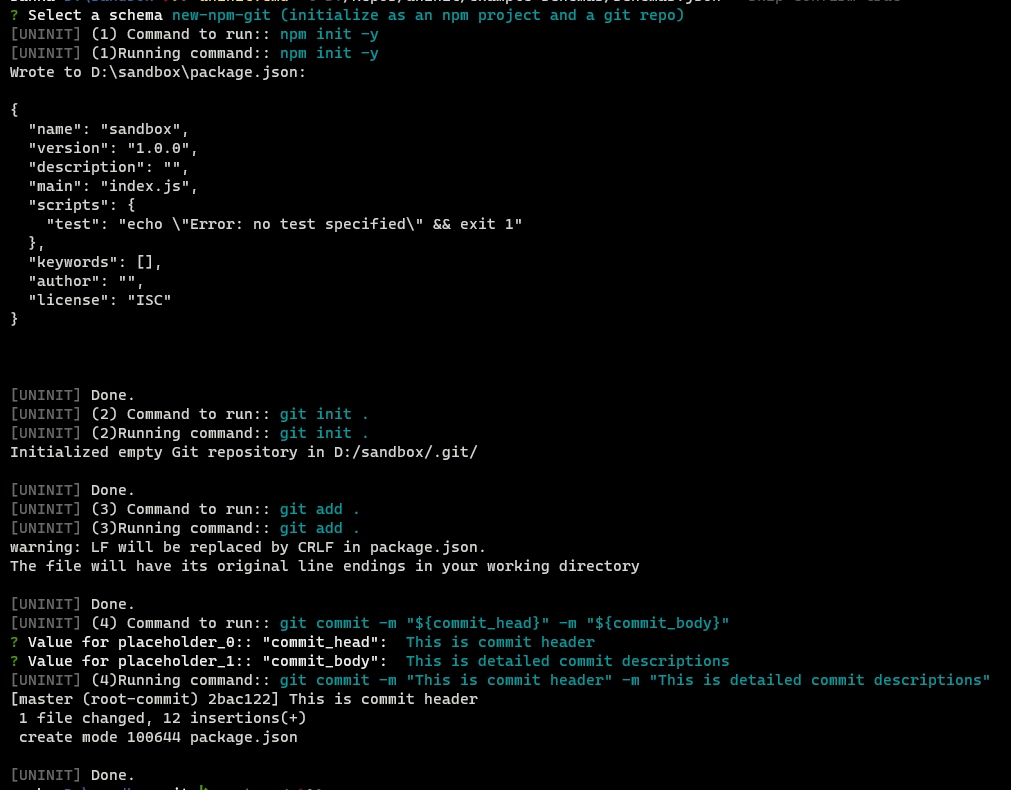 Observe the last task (no. 4). This task's command has placeholders

So, the tool will

Structure Of Schema (You can skip and go to PS)

Each schema has the folowing structure:

And, you would be ABSOLUTELY right.