react-ui-kitten is the web version of react-native-ui-kitten, the original project, developed by Akveo. It is an awesome framework that contains a set of commonly used UI components with constant styles across Android, IOS and now the web.

All who find this useful should start and thank the react-native-ui-kitten developers - whom without this project would not be possible.

I'll be sure to soon release a sample web app with electron and this framework in order to display its goodies. In the meantime, here's a desktop chat app built with react-ui-kitten: 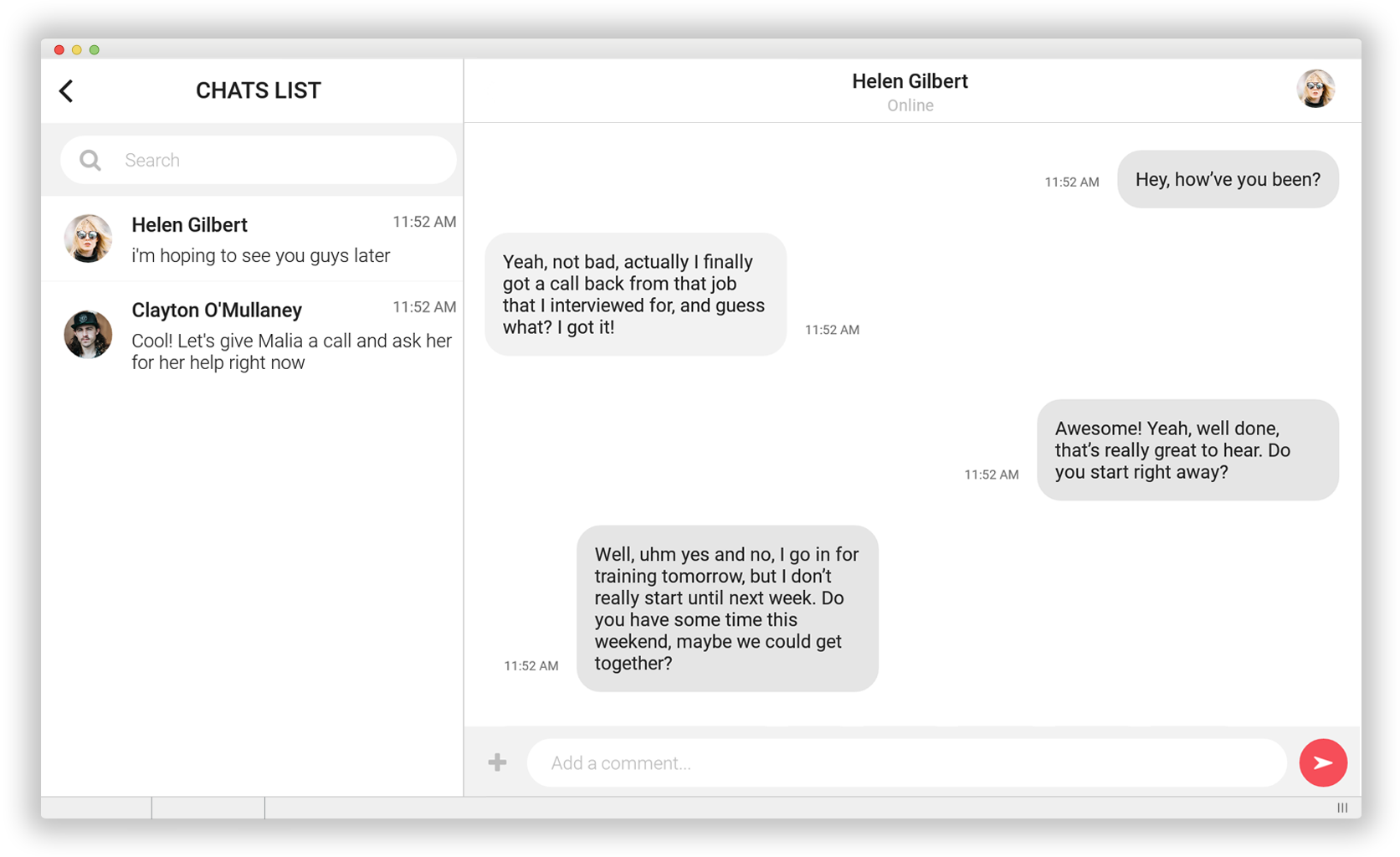 Documentation for react-ui-kitten could be found here at the react-native-ui-kitten developers' site.

Note: I haven't altered or made any drastic changes to the framework's core features, so that the documentation of the original package remains relevant to this as well. Therefore, there's no need to learn a new API for the previous users.