Node.js module that provides a registry and gateway for execution of pre-defined powershell commands through long-lived established remote PSSessions.

This Node.js module builds on top of stateful-process-command-proxy to provide a higher level API for a registry of pre-defined commands, specifically for various powershell operations agains Office365; or any powershell command really, you just need to configure them. The module provides a simplified interface to pass arguments to various "named" commands, sanitize the arguments and return the results. This module supports concepts that would permit the construction of a higher level interface to this system, such as via a REST API or user interface... see powershell-command-executor-ui for a working example of this concept in an useable implementation. 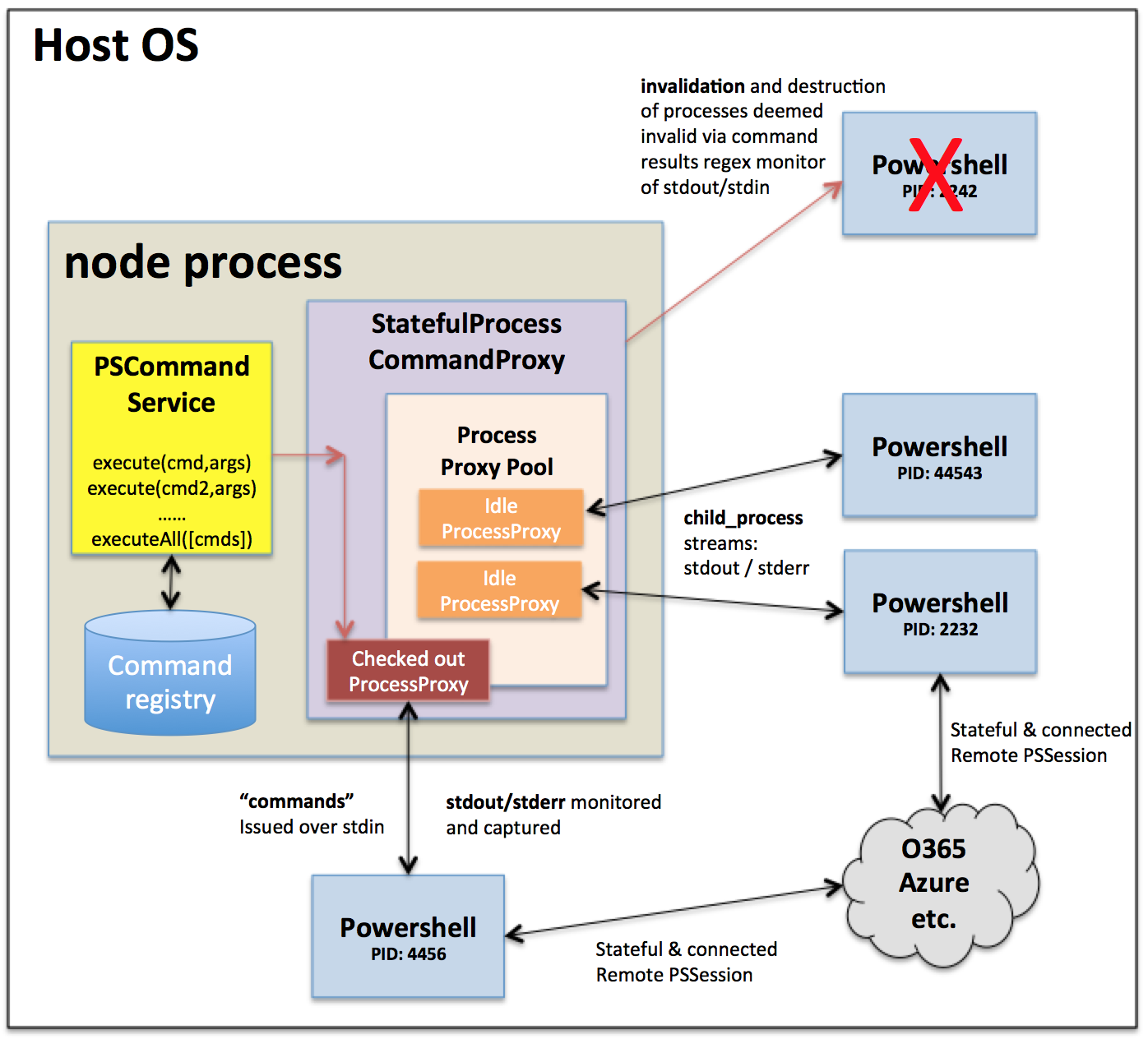 This script simply exports a few useful pre-defined parameter sets (that one would pass to the constructor of StatefulProcessComamndProxy) for the initialization, destruction and auto-invalidation of "powershell" processes who connect to o365 and establish a remote PSSession that will be long lived. (and validate that the session is still legit)

Three sets of init commands are availiable as of version 1.1.0: