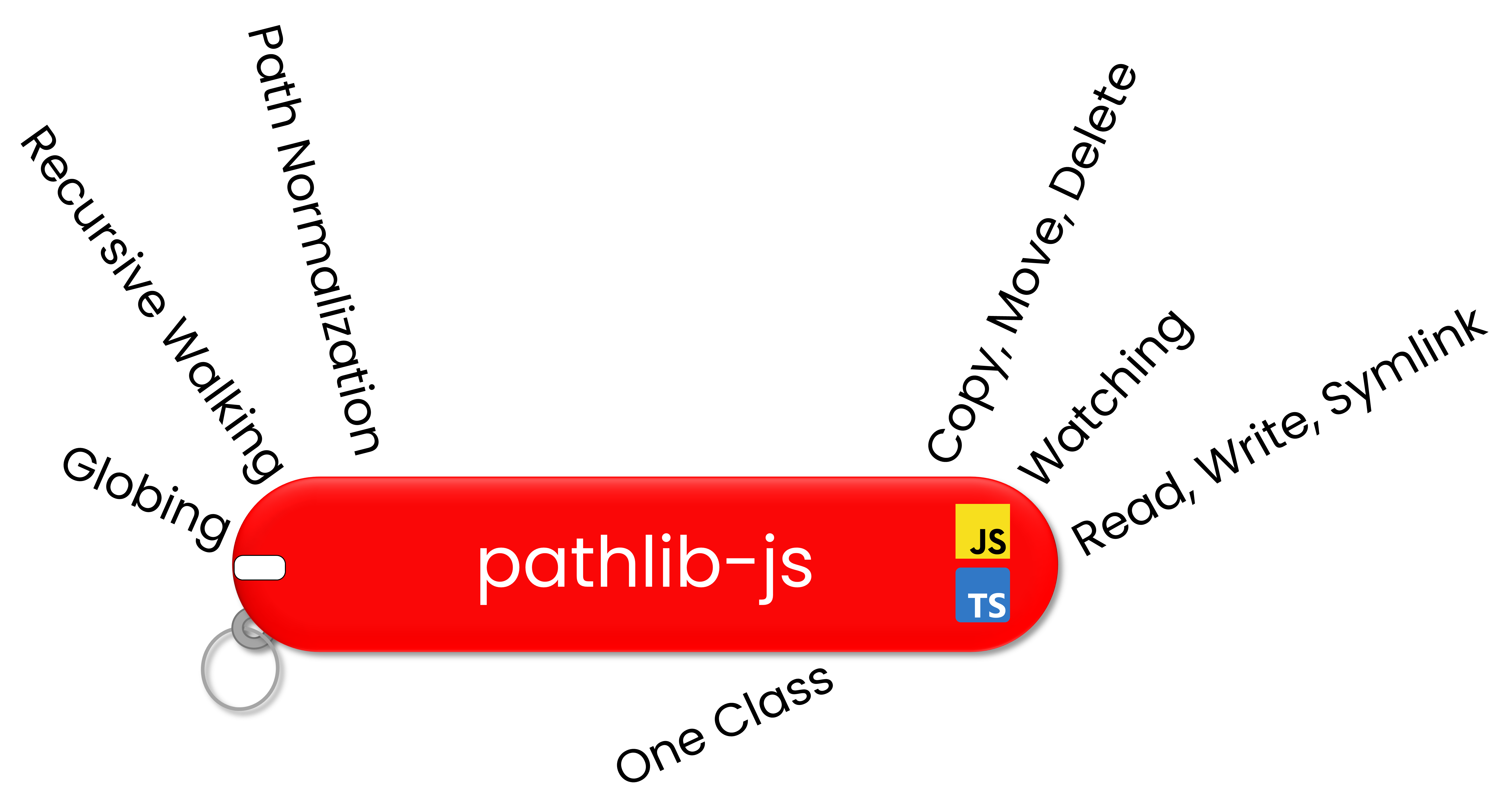 If you're coming from Python, think of it this way: this library is to NodeJS's fs and path modules as Python's pathlib is to its own os module.

Avoids the hassle of string preprocessing, filepath normalization, and passing filepaths between the multitude of functions found in nodeJS filesystem and path modules.

A single class Path wraps around a filepath and exposes an API for accessing its components, globbing, watching, reading, writing, traversing a tree structure, etc.

This is not the first package to take an OOP approach to filepaths in Javascript, but hopes to be more feature-rich than others from 5-6 years ago.

You know the drill

Understanding parts of a Path

Path instances carry properties that tie in with the typically-used components of a filepath.

For example, if a particular Path instance was located in a variable example and you wished to retrieve the basename of the underlying filepath, you can simply access it by example.basename.

Paths can be defined from a single string or multiple strings which are resolved into a single path.

This library is regularly updating its test suite with additional case scenarios.

The Wonderful Libraries that this wraps around

This wouldn't be possible without these awesome libraries. Give them a star.

A thank you to the individuals who actually read README file from start to finish.