We have added a new module to integrate the Netbeast api. It has been developed by Netbeast Team.

This will guide you to add the Netbeast node to your Node-RED directory. It's supposed that you have Node-RED installed, if it's not installed and you still want to try the Netbeast node, check out this repository where you can find how to install the Node-RED app we have developed into your Dashboard.

Before you can use the Netbeast node in Node-RED, you will need a Netbeast Dashboard running in your network. Have a look at this useful guide netbeast docs and learn how to install and run the dashboard.

It is widely explained in the Node-RED documentation

After installing the Netbeast node you will need to restart Node-RED for it to pick-up the new nodes.

Once you have installed the Netbeast Dashboard and the Netbeast node for Node-RED, you can follow this instructions to learn how to use the node.

First of all, you have to run the Netbeast Dashboard

Finally go to your browser. You will find Node-RED running at http://localhost:1880if you are using the default port. If all went fine you will have a new module called netbeast and you will be able to configure node-red to control your devices using Netbeast.

Have a look at Netbeast api for full information about all available topics and arguments you can use.

Here you have the nodes you need to include with the "netbeast" one so it can work propertly. 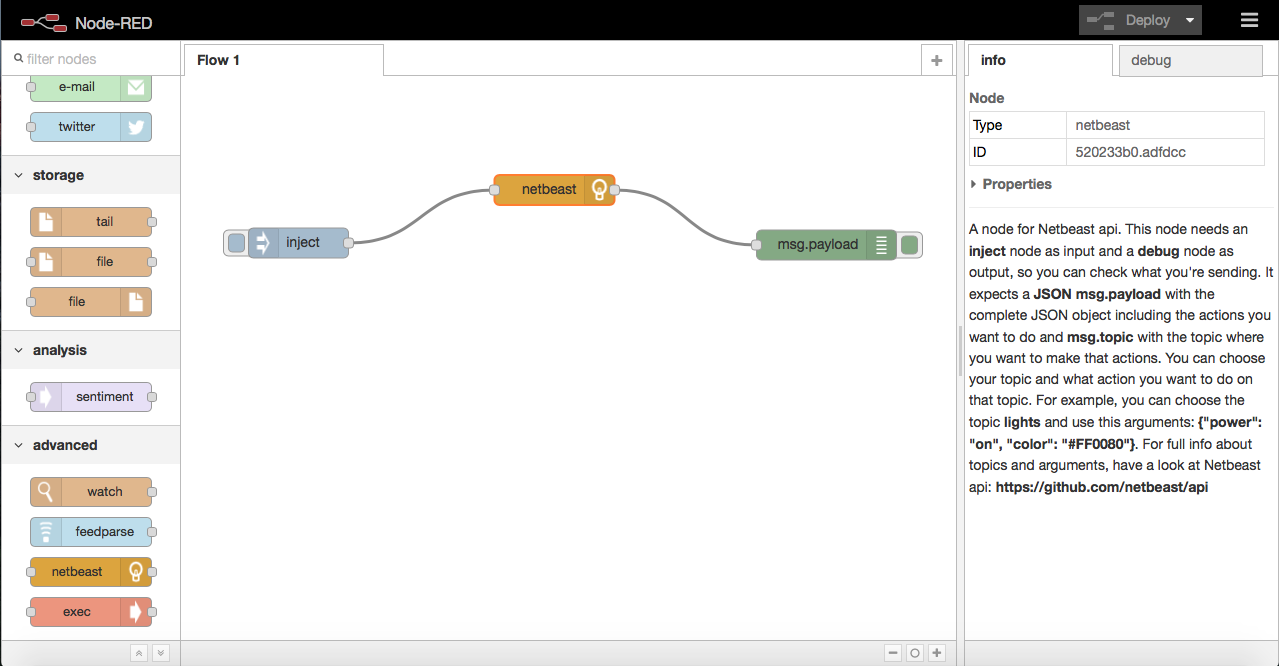 And here you can see an example of what you should write in the inject node. 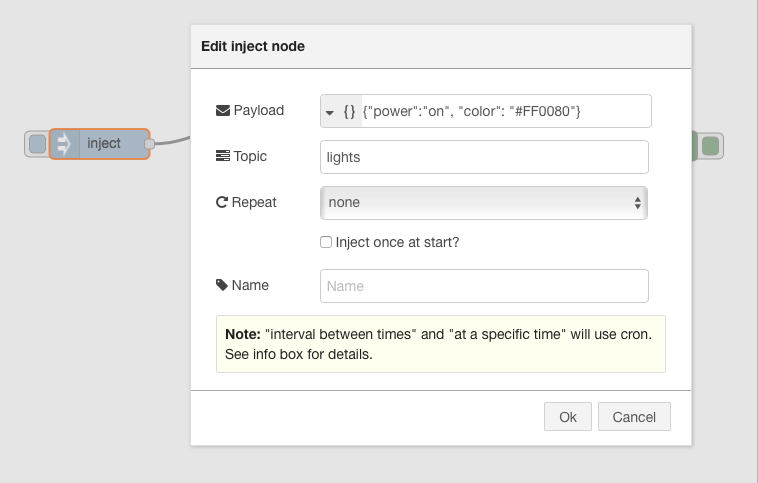