A Modified version of nedb with async features

This fork of the amazing NeDB package by Louis Chatriot allows you to store the database files on async storage mediums like aws or dropbox. (It has also updated some of the dependencies.)

IMPORTANT NOTE The changes made here are largely superficial to allow for async database-read and -write functionality. I don't claim to have a deep understanding of (or to be able to resolve issues) related to the core NeDB functionality.

Each storage medium needs to have a js file that emulates the 16 or so functions required to integrate that storage system into nedb-asyncfs. A number of examples (like dbfs_aws.js) are provided under the env folder. To initiate the db, you call the file as such:

where dbFileName is the name of the db, and fsParams are the specific credentials that the storage system requires. For example, for aws, fsParams could equal something like this:

It is best to add the option: { doNotPersistOnLoad: true } other wise loading is too slow. So you should call yourDatabase.persistence.compactDatafile manually.

You can add new storage systems by emulating similar functionality for that storage medium. To run tests with new systems, you can add the dbfs_example.js file under the env folder, add a file called '.example_credentials.js' with the required credentials and finally adjust the params.js file to detect and use those credentials.

You should not use nedb-asyncfs for in-browser functionality.

You can learn more about how nedb-asyncfs differs from nedb here.

The text below is from the original nedb instructions (with some parts deleted to reduce confusion and a couple of notes marked with 'sf'.) Please support NeDB as noted below.

Embedded persistent or in memory database for Node.js, nw.js, Electron and browsers, 100% JavaScript, no binary dependency. API is a subset of MongoDB's and it's plenty fast.

IMPORTANT NOTE: Please don't submit issues for questions regarding your code. Only actual bugs or feature requests will be answered, all others will be closed without comment. Also, please follow the bug reporting guidelines and check the change log before submitting an already fixed bug :) 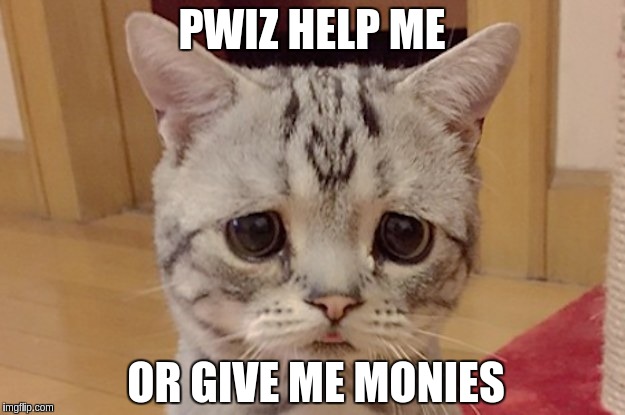 No time to help out? You can support NeDB development by sending money or bitcoins!

It is a subset of MongoDB's API (the most used operations).

You can use NeDB as a persistent datastore. One datastore is the equivalent of a MongoDB collection. The constructor is used as follows new Datastore(options) where options is an object with the following fields:

If you use a persistent datastore without the autoload option, you need to call loadDatabase manually. This function fetches the data from datafile and prepares the database. Don't forget it! If you use a persistent datastore, no command (insert, find, update, remove) will be executed before loadDatabase is called, so make sure to call it yourself or use the autoload option.

Also, if loadDatabase fails, all commands registered to the executor afterwards will not be executed. They will be registered and executed, in sequence, only after a successful loadDatabase.

Under the hood, NeDB's persistence uses an append-only format, meaning that all updates and deletes actually result in lines added at the end of the datafile, for performance reasons. The database is automatically compacted (i.e. put back in the one-line-per-document format) every time you load each database within your application.

You can manually call the compaction function with yourDatabase.persistence.compactDatafile which takes no argument. It queues a compaction of the datafile in the executor, to be executed sequentially after all pending operations. The datastore will fire a compaction.done event once compaction is finished.

Keep in mind that compaction takes a bit of time (not too much: 130ms for 50k records on a typical development machine) and no other operation can happen when it does, so most projects actually don't need to use it.

Compaction will also immediately remove any documents whose data line has become corrupted, assuming that the total percentage of all corrupted documents in that database still falls below the specified corruptAlertThreshold option's value.

Durability works similarly to major databases: compaction forces the OS to physically flush data to disk, while appends to the data file do not (the OS is responsible for flushing the data). That guarantees that a server crash can never cause complete data loss, while preserving performance. The worst that can happen is a crash between two syncs, causing a loss of all data between the two syncs. Usually syncs are 30 seconds appart so that's at most 30 seconds of data. This post by Antirez on Redis persistence explains this in more details, NeDB being very close to Redis AOF persistence with appendfsync option set to no.

The native types are String, Number, Boolean, Date and null. You can also use arrays and subdocuments (objects). If a field is undefined, it will not be saved (this is different from MongoDB which transforms undefined in null, something I find counter-intuitive).

If the document does not contain an _id field, NeDB will automatically generated one for you (a 16-characters alphanumerical string). The _id of a document, once set, cannot be modified.

You can also bulk-insert an array of documents. This operation is atomic, meaning that if one insert fails due to a unique constraint being violated, all changes are rolled back.

Use find to look for multiple documents matching you query, or findOne to look for one specific document. You can select documents based on field equality or use comparison operators ($lt, $lte, $gt, $gte, $in, $nin, $ne). You can also use logical operators $or, $and, $not and $where. See below for the syntax.

You can use regular expressions in two ways: in basic querying in place of a string, or with the $regex operator.

You can sort and paginate results using the cursor API (see below).

You can use standard projections to restrict the fields to appear in the results (see below).

Basic querying means are looking for documents whose fields match the ones you specify. You can use regular expression to match strings. You can use the dot notation to navigate inside nested documents, arrays, arrays of subdocuments and to match a specific element of an array.

When a field in a document is an array, NeDB first tries to see if the query value is an array to perform an exact match, then whether there is an array-specific comparison function (for now there is only $size and $elemMatch) being used. If not, the query is treated as a query on every element and there is a match if at least one element matches.

Logical operators $or, $and, $not, $where

If you don't specify a callback to find, findOne or count, a Cursor object is returned. You can modify the cursor with sort, skip and limit and then execute it with exec(callback).

You can give find and findOne an optional second argument, projections. The syntax is the same as MongoDB: { a: 1, b: 1 } to return only the a and b fields, { a: 0, b: 0 } to omit these two fields. You cannot use both modes at the time, except for _id which is by default always returned and which you can choose to omit. You can project on nested documents.

You can use count to count documents. It has the same syntax as find. For example:

db.update(query, update, options, callback) will update all documents matching query according to the update rules:

db.remove(query, options, callback) will remove all documents matching query according to options

NeDB supports indexing. It gives a very nice speed boost and can be used to enforce a unique constraint on a field. You can index any field, including fields in nested documents using the dot notation. For now, indexes are only used to speed up basic queries and queries using $in, $lt, $lte, $gt and $gte. The indexed values cannot be of type array of object.

To create an index, use datastore.ensureIndex(options, cb), where callback is optional and get passed an error if any (usually a unique constraint that was violated). ensureIndex can be called when you want, even after some data was inserted, though it's best to call it at application startup. The options are:

Note: the _id is automatically indexed with a unique constraint, no need to call ensureIndex on it.

You can remove a previously created index with datastore.removeIndex(fieldName, cb).

If your datastore is persistent, the indexes you created are persisted in the datafile, when you load the database a second time they are automatically created for you. No need to remove any ensureIndex though, if it is called on a database that already has the index, nothing happens.

Note: the ensureIndex function creates the index synchronously, so it's best to use it at application startup. It's quite fast so it doesn't increase startup time much (35 ms for a collection containing 10,000 documents).

sf: You should use the rgular nedb for the browser verions!

NeDB is not intended to be a replacement of large-scale databases such as MongoDB, and as such was not designed for speed. That said, it is still pretty fast on the expected datasets, especially if you use indexing. On a typical, not-so-fast dev machine, for a collection containing 10,000 documents, with indexing:

You can run these simple benchmarks by executing the scripts in the benchmarks folder. Run them with the --help flag to see how they work.

A copy of the whole database is kept in memory. This is not much on the expected kind of datasets (20MB for 10,000 2KB documents).

Use in other services

Important: I consider NeDB to be feature-complete, i.e. it does everything I think it should and nothing more. As a general rule I will not accept pull requests anymore, except for bugfixes (of course) or if I get convinced I overlook a strong usecase. Please make sure to open an issue before spending time on any PR.

If you submit a pull request, thanks! There are a couple rules to follow though to make it manageable:

If you report a bug, thank you! That said for the process to be manageable please strictly adhere to the following guidelines. I'll not be able to handle bug reports that don't:

You don't have time? You can support NeDB by sending bitcoins to this address: 1dDZLnWpBbodPiN8sizzYrgaz5iahFyb1