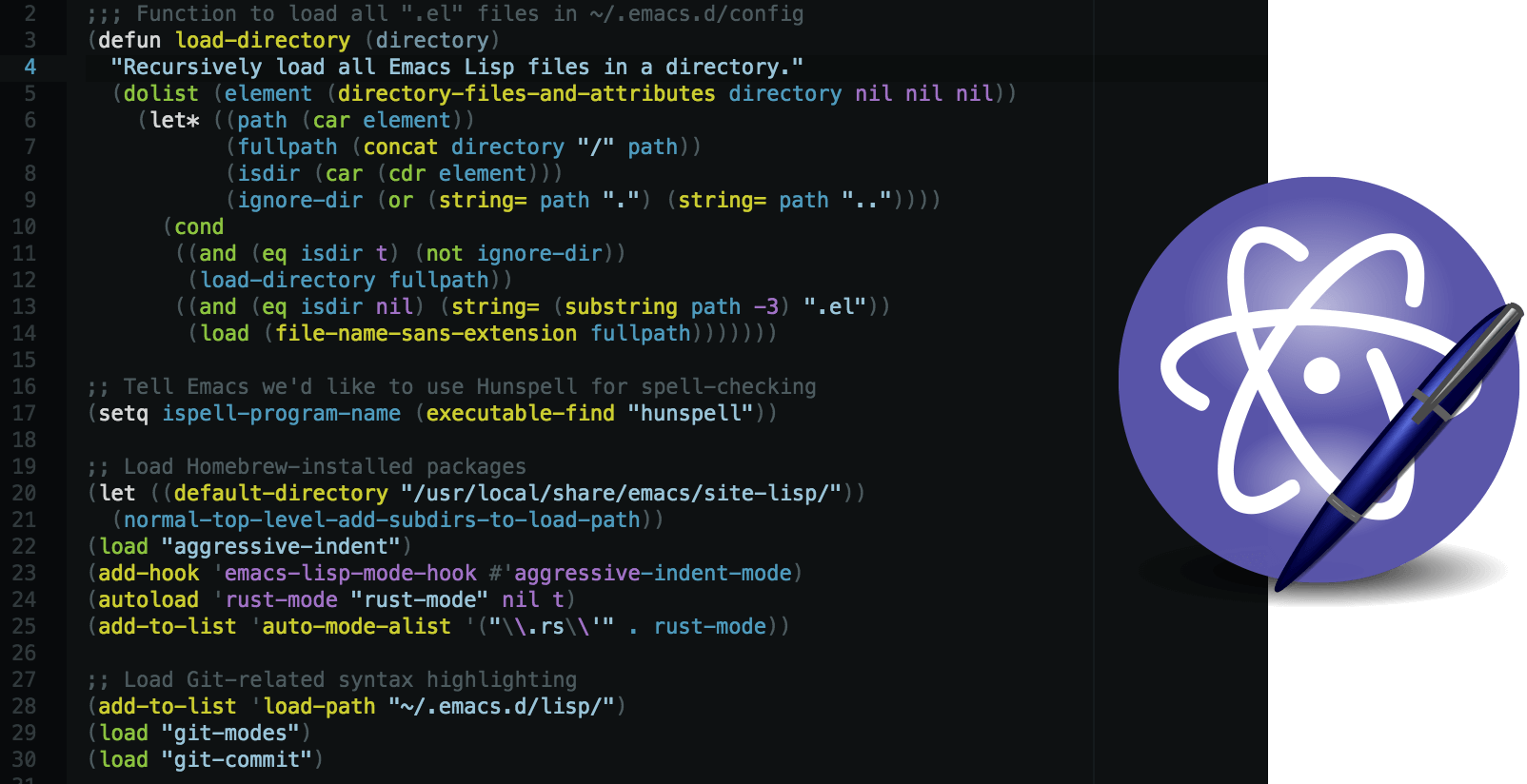 This package includes two commands to run Lisp code in Emacs from Atom:

These aren't attached to any keybindings by default. You'll need to assign them shortcuts yourself.

NOTE: These require Emacs to be in your $PATH, and probably don't work on Windows.