This plugin for Hyper adds vertical (well, left, actually) tabs. If you use iTerm2 on Mac, and use its tabs-on-the-left setting, and can't find a similarly configurable terminal on Linux except Roxterm which is end-of-lifed and is broken on Wayland due to incompatible use of transparency putting a wide border around the wind--- <deep breath>.

Well, anyway, look at the screenshot, made more classy with hyperline there at the bottom. 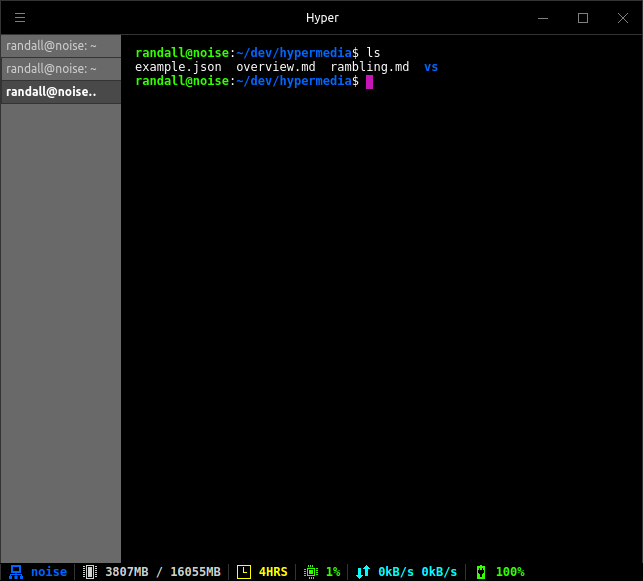 If you want that, use this plugin. There are a number of problems, though...

doesn't play well with others

This doesn't play nicely with other tab-affecting plugins. Most other tab-affecting plugins do not compose well with each other, either, because of the way Hyper's composition works, but that's actually not a good excuse, because it is probably possible to do so. Might need to depend on a CSS-parser, and certainly would need to do more than just add CSS config, which is literally all this plugin does.

Did I mention it's not configurable? It should be. Improving this is fairly low on my TODO list, since it works for me, but I might revisit it. I will definitely revisit it for pull requests.