In order to run the tests, you need an external "Simd-Handler" - any object that implements a certain interface, which currently is:

The best way to achieve this for now is to install a respective module globally, e.g.

and then link it locally via

just execute the command in a bash within the root folder - the configuration in tsconfig.js should automatically be loaded

Execute the following lines of code in succession to arrive at a simple degree distribution:

Then reproduce the code given below to visualize a first graph: 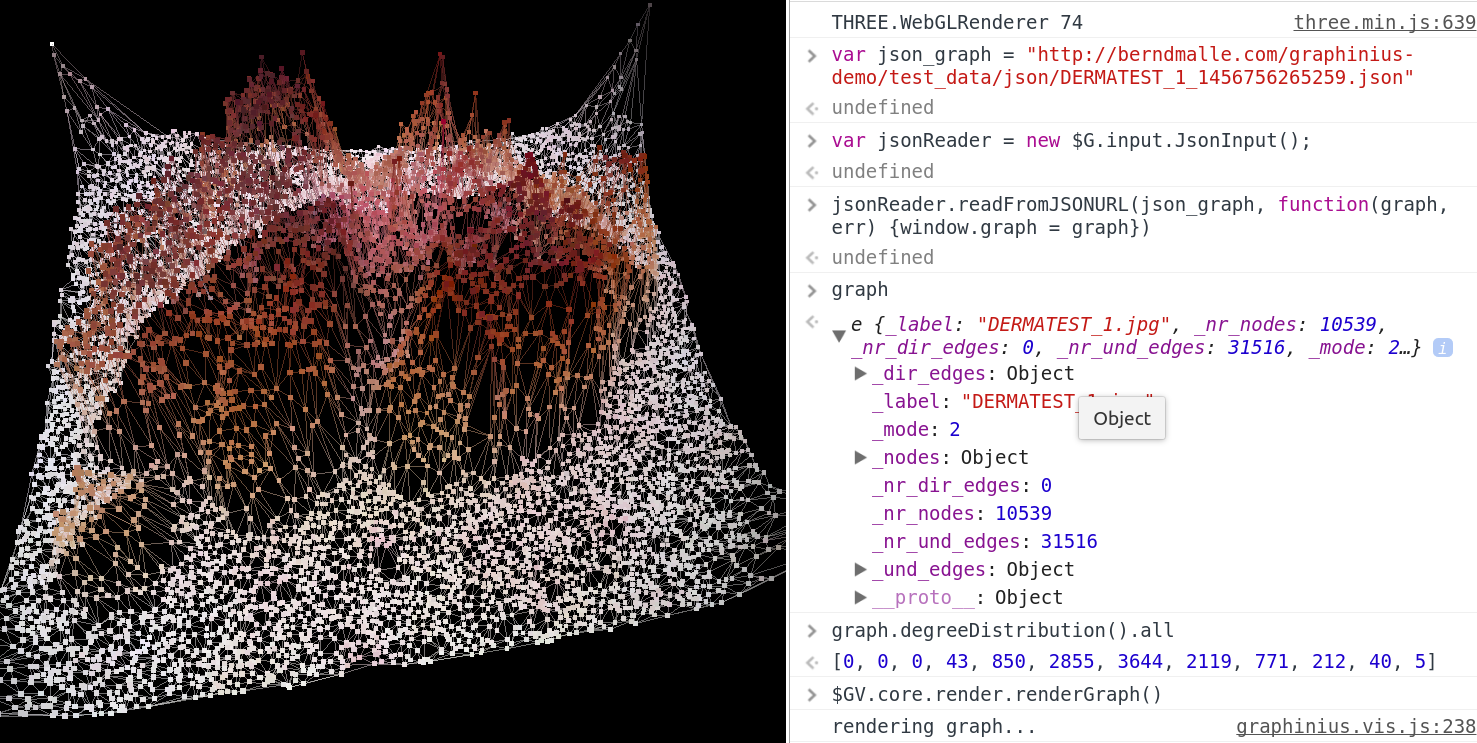 You can execute a BFS algorithm starting at a random node, then explore the resulting data structure by following this example:

In the above code, the BFS coloring does not necessarily correspond to the BFS result computed in line 3. Colors run from green (start node) to red (most distant node).

You can configure the JSON graph loader for directed mode first:

Then execute the following lines of code to obtain a (random) DFS segmentation: 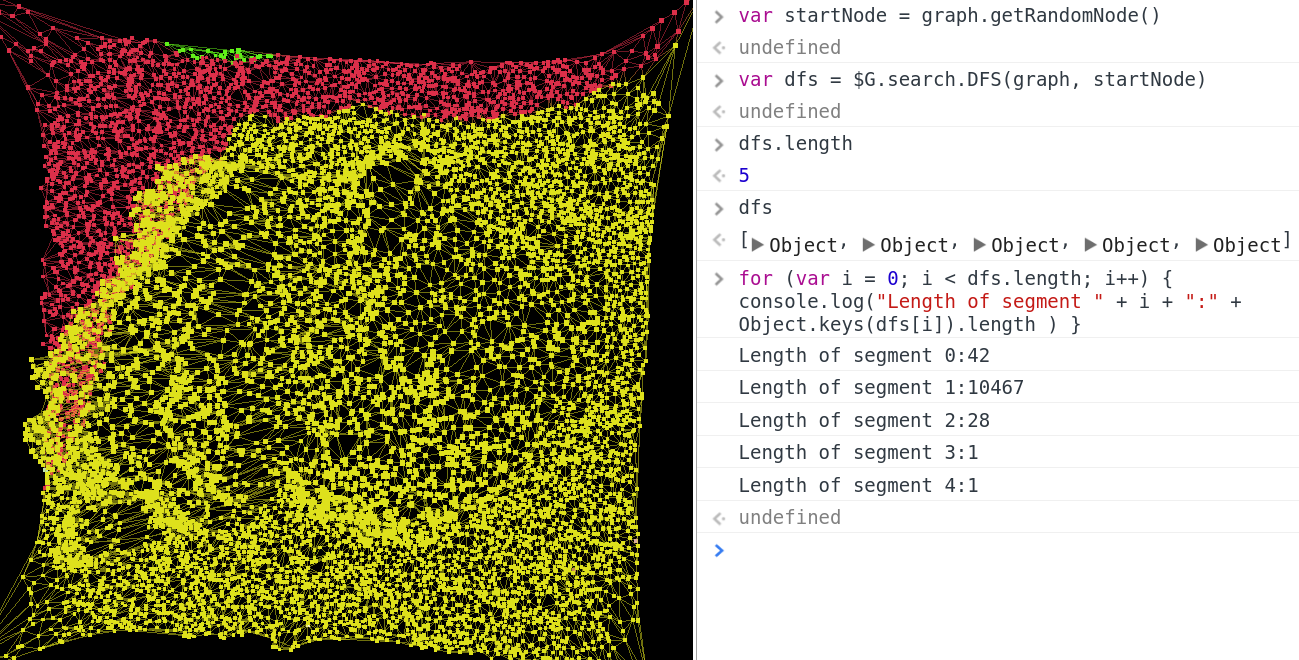 @describe we check for duplicate edges on a graph level, but not on a node level

Using networkx but having to port your solution for production? Doing graph-based ML but the pipeline is deep and brittle, therefore not suited for quick prototyping? Don't want to write 50k lines of C++ to roll out your own features? Graphinius is the vision of a modular graph infrastructure consisting of sovereign components compiled to WASM/WASI with thin wrappers to make them usable in multiple other runtimes incl. Rust, Python, Ruby & JS / Node.js. It will therefore be possible to plug its modules into existing Python infrastructure for ML / prototyping, Web applications for demos & light applications, as well as production-type platforms (since WASM can run at near-native speeds). We'll start with sparse matrices & basic graph algorithms on top of them written in Rust, focusing on parallelization & vectorization. First milestone: A drop-in replacement for basic networkx functionality with superior performance & memory usage (using their own test suite in python ;-)