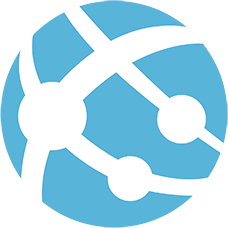 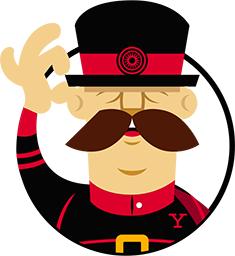 But everyone build and promote their own build process. There are few reasons you should choose us:

Try it out in 3 easy steps

It takes about 5-10 minutes for the first build, have a little patience.

How to develop professionally

For the very first time, run npm install -g yo generator-azure-web-app to install Yeoman and our scaffolding.

Run yo azure-web-app to create a new project.

Run npm start, the development server will listen to port 80 and available at http://localhost/.

If you added new packages or modified server code, don't forget to restart the development server to pick up new changes.

Instead of Webpack used in development, you can opt for Rollup as bundler for production, it has better tree-shaking mechanism, thus smaller output file size.

Using rollup as bundler is experimental. Please file us an issue if you run into any problems.

There are few ways to select your bundler:

The project supports multiple deployment scenarios, we will cover each separately.

Deploy as a standalone Node.js

Run node dist/website/index.js to run as a standalone Node.js.

To deploy to your SaaS provider, copy everything under dist/website/ to your provider.

Follow steps below for first time setup for GitHub deployment.

When deploying using continuous deployment, the project will build on Azure via Project Kudu.

Because the build is done on Azure, we modified the virtual path from /site/wwwroot to /site/wwwroot/dist/website. This is done by customizing azuredeploy.json.

Currently, the "Deploy to Azure" service will not automatically setup webhooks on GitHub, thus, new commits do not re-sync automatically. To enable continuous deployment, go to Azure Portal and re-add GitHub deployment option.

Deploy thru Azure continuous deployment is limited and asynchronous. This makes the option unideal for medium or large teams.

You can follow steps for VSTS here for advanced deployment scenario.

If you use CI/CD tools other than Azure and VSTS, you may want to integrate with MSDeploy.

To use a specific version of Node.js, don't forget to modify iisnode.yml manually.

We have prepared Dockerfile for deploying to Docker. Depends on your scenario, you can select one of the supported image types:

Run docker build . at the project root to build your docker image.

You can also deploy the project to an on-premise or hosted IIS.

The following MSDeploy command-line switches can be used to deploy the package to an IIS box.

Don't worry, Yeoman will prompt to overwrite a file if it should be replaced.

Although the user base of IE8 is fading, in some cases, you may still need to support older browsers.

You can copy the following code into index.html.

Some NPM packages are not IE8 friendly. For example, fetch does not support IE8. You may need to use fetch-ie8 instead.

Moreoever, some packages might be pre-transpiled, they might not have reserved keywords properly escaped. There are two ways to tackle this issue:

These are items we are working on or under consideration:

It is not an easy task to build a scaffolding that support lots of deployment scenarios. You can find all the roadblocks here.

Want to make it better? File an issue to us.

Working on this scaffolding

If you want to develop or debug this scaffolding, follow these steps:

Next time, when you run Yeoman to generate a new azure-web-app project, it will use your copy of scaffolding you cloned.