Terminal over Facebook Messenger, running continuously as a background process. 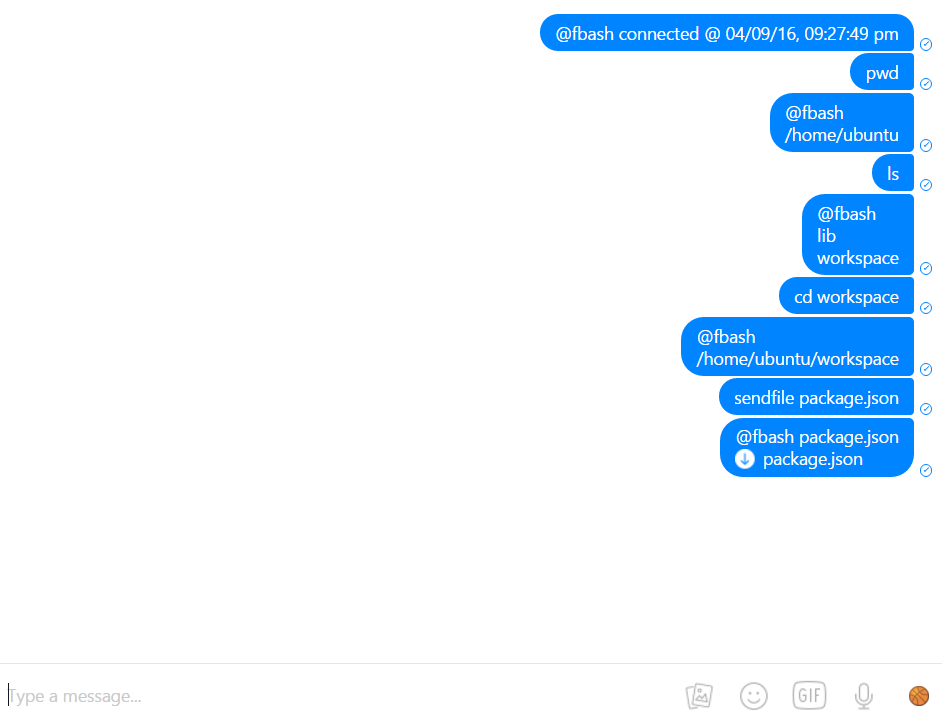 fbash can be started using the command fbash. When it is initially run, it will prompt the user for an email and password.

In addition, all running fbash processes can be stopped with the following command.

After starting the script on your computer, you can access your terminal by messaging a command to yourself on Facebook. You can use most terminal commands through fbash. It will respond with @fbash followed by the standard output, standard error, or other errors. fbash does not allow using commands which require user interaction, such as vim.

fbash can also be accessed through normal chats (not just to yourself).

To use it in a chat that is not the chat with yourself, prefix the command with /fbash. For example, to run ls in another chat, use

It will display this output in the chat from which the command was received.

Details for each command can be found on the docs.

Changes as of latest version

Note: fbash is not a truly stateful terminal; it cannot handle environment variables and other functionality associated with terminal state. The working directory is handled manually by parsing cd commands. Because of this, compound commands with a cd component will not function properly, and may cause unexpected errors.