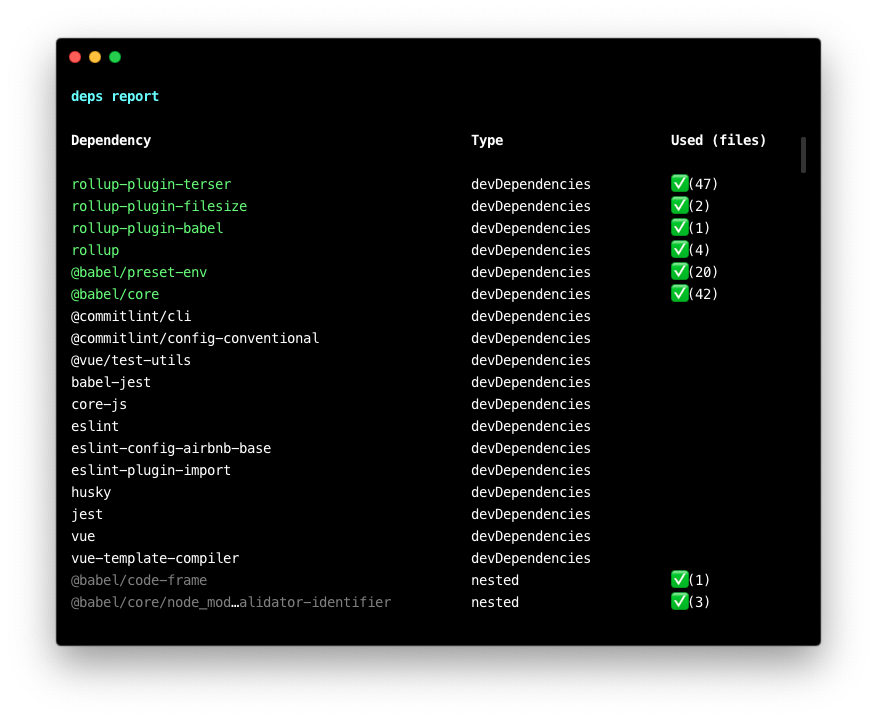 Accurately detect which Node dependencies are in-use with V8 Coverage 🔥

Install globally if you don't want to use it via npx.

deps detects which modules are loaded by using V8's code coverage feature, so it's very accurate. However, it doesn't detect file-system reads, as they are simply read as text rather than actually being parsed and executed. That means it can't detect what files are statically analyzed by bundlers (eg. Webpack, Rollup, etc.). I am considering supporting FS reads in the future.

How does it compare to depcheck?

depcheck statically analyzes your project to see which dependencies are imported, avoiding the need to execute code. In contrast, deps executes code to analyze which dependencies were loaded during run-time. They work in completely different ways, but a major drawback for me is that depcheck requires a "special" for supporting whether a module was loaded via dev-tools.