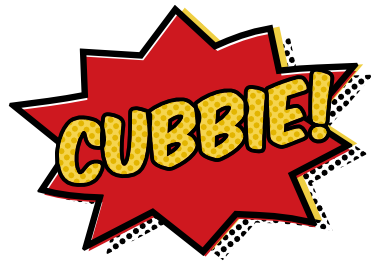 State shouldn't be a chore, keep your state in Cubbie's store

Cubbie allows the creation of state stores. It will keep track of the state history as the state is modified. It is built on an event system that allows anybody to listen for any state event. Event namespacing is available to keep things manageable as lots of events are added.

If you are using Node.js (e.g. Electron) the entire state history can be synced to and from a file for persistent storage.

Each store you create is independent, each managing its own state history. So if you want multiple smaller stores in your app rather than one large store, Cubbie will allow it.

Before you can start tracking state, you need to set an initial state:

To get the initial state:

This is the key to Cubbie's simplicity. To modify state, just pass a function to modifyState. The only parameter of that function is the new state that you get to modify before it is set as the new state.

This is an immutable operation and the newly modified state object will be added as the most recent member of the state history family.

You are modifying a new state object that will become the new state—you are not modifying the "current state".

Returns array of all of the states in history since the initial state.

To get the absolute raw state history (which includes each state timestamp and id) use store.rawStateHistory. So if for some reason you want to see the date/time when each state was created, this is how you can access that information.

This returns the state immediately before the current state.

This will reset the state to the initial state (the first state in the state history).

Similar in purpose to SQL views, views allow you to store a function that you can call on at any moment. Its just some good ol' logic abstraction.

If you want to clear the state history, for example to save memory, use the purge method.

The purge method will trigger the STORE_PURGED event.

(Note: As of version 3.0.0, purgeStateHistory was removed in favor of purge, which no longer saves the initial state, just the current state)

Cleaning the store is much more advanced than purging. It will find states that are identical and remove everything in between.

Internally, static state is a totally separate object from the normal state. It is meant to be set from the beginning of the app and it cannot be changed, unless you totally reset it.

The purpose is to store information that shouldn't need to be changed, such as URLs, file paths, config information, etc.

If, for example, you are building an app in Electron and want to save the state to disk, you totes can.