A premium and open source dashboard template with a responsive and high-quality UI.

Tabler is fully responsive and compatible with all modern browsers. Thanks to its modern and user-friendly design you can create a fully functional interface that users will love! Choose the layouts and components you need and customize them to make your design consistent and eye-catching. Every component has been created with attention to detail to make your interface beautiful! Show me a demo 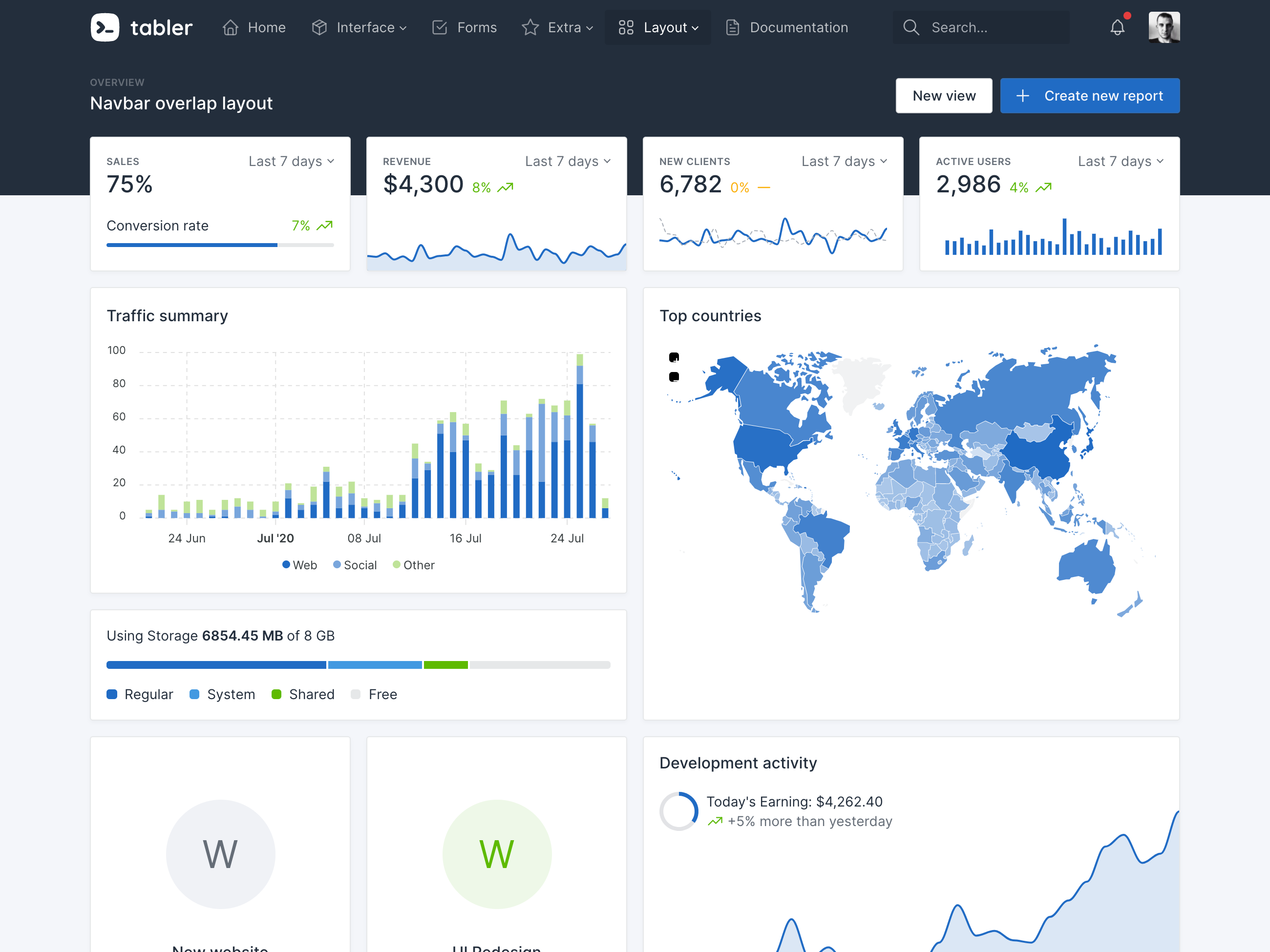 We've created this admin panel for everyone who wants to create templates based on our pre-made components. Our mission is to deliver a user-friendly, clear and easy administration panel that can be used by both simple websites and sophisticated systems. The only requirement is basic HTML and CSS (and some Liquid) knowledge — as a reward, you'll be able to manage and visualize different types of data in the easiest possible way!

Documentation is available as a part of Tabler preview: https://preview.tabler.io/docs/

Support this project by becoming a sponsor. Your logo will show up in this README with a link to your website. Become a sponsor!

To use our build system and run our documentation locally, you'll need a copy of Tabler's source files. Follow the steps below:

Once you complete the setup, you'll be able to run the various commands provided from the command line.

You need to have npm and bundler installed.

Note: Run npm run build for reforms a one off build application without refresh. Open http://localhost:3001 to configure the Web server.

Tabler is distributed via npm.

If you don't want to install node/npm/ruby and the dependencies on your local environment, you can use the provided Dockerfile to build a docker image. This Dockerfile is provided as an example to spin-up a container running Tabler.

Example of how to use this image:

Now open your browser to http://localhost:3000. Edit anything in the src/ folder and watch your browser refresh the page after it has been rebuilt.

All files included in @tabler/core npm package are available over a CDN.

Found a bug or have a feature request? Please open a new issue.

This project exists thanks to all the people who contribute.

Thank you to all our backers! Become a backer

Thanks to Chromatic for providing the visual testing platform that helps us review UI changes and catch visual regressions.