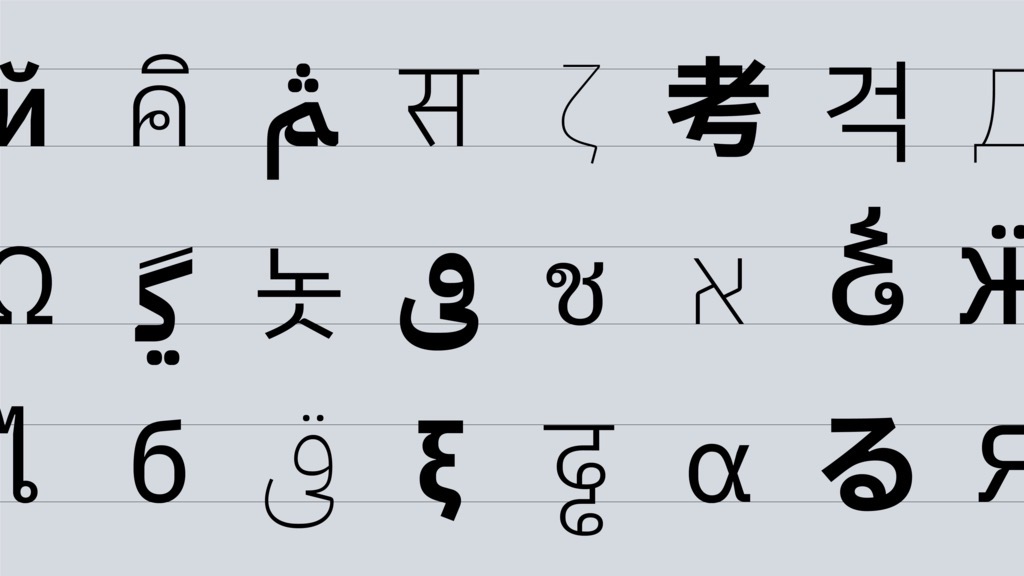 We designed the IBM Plex typeface carefully to both meet our needs as a global tech company and express who we are as IBMers. It took two years and a lot of work to get here, but today we have a signature typeface we’re proud and excited to share with the world. Discover more about our development of the IBM Plex typeface.

The IBM Plex typeface is an open-source project and available for download and use following the Open Font License (OFL). The IBM Plex family comes in Sans, Serif, Mono and Sans Condensed, all with roman and true italics. The fonts have been designed to work well in user interface (UI) environments, as well as other mediums. This project provides all source files and file formats to support most typographical situations. Currently, IBM Plex Sans supports Extended Latin, Arabic, Cyrillic, Devanagari, Greek, Hebrew, Japanese, Korean and Thai. Chinese will follow in 2022.

Thanks for trying the IBM Plex typeface! We hope you like it.

Add the IBM Plex typeface to your device

Please download the latest zip files from our releases page for installation.

This project contains the following for web development:

We also include whole .woff2, .woff, and .eot files. However, we recommend using the prescribed split strategy for performance.

Manually installing the files for web development can be done by downloading the latest web zip from our releases page.

Developers using the CSS files should keep the directory structure as is, so the font files will be found. If you’re importing the SCSS files, you can set the path of the font files beforehand by declaring this variable:

Note: If your app, for example, React, can’t import the font because it’s outside the ‘src’ directory, then edit the imported ‘ibm-plex.scss’ file and change the relative path prefix there as follows: $font-prefix: '' !default;

Below are the font-family rules for the family:

Building the fonts from source

Subsequently, OpenType Fonts (OTFs) or TrueType Fonts (TTFs) can be generated from the command line using makeotf, which is part of the AFDKO toolset. Information and usage instructions can be found by executing makeotf -h.