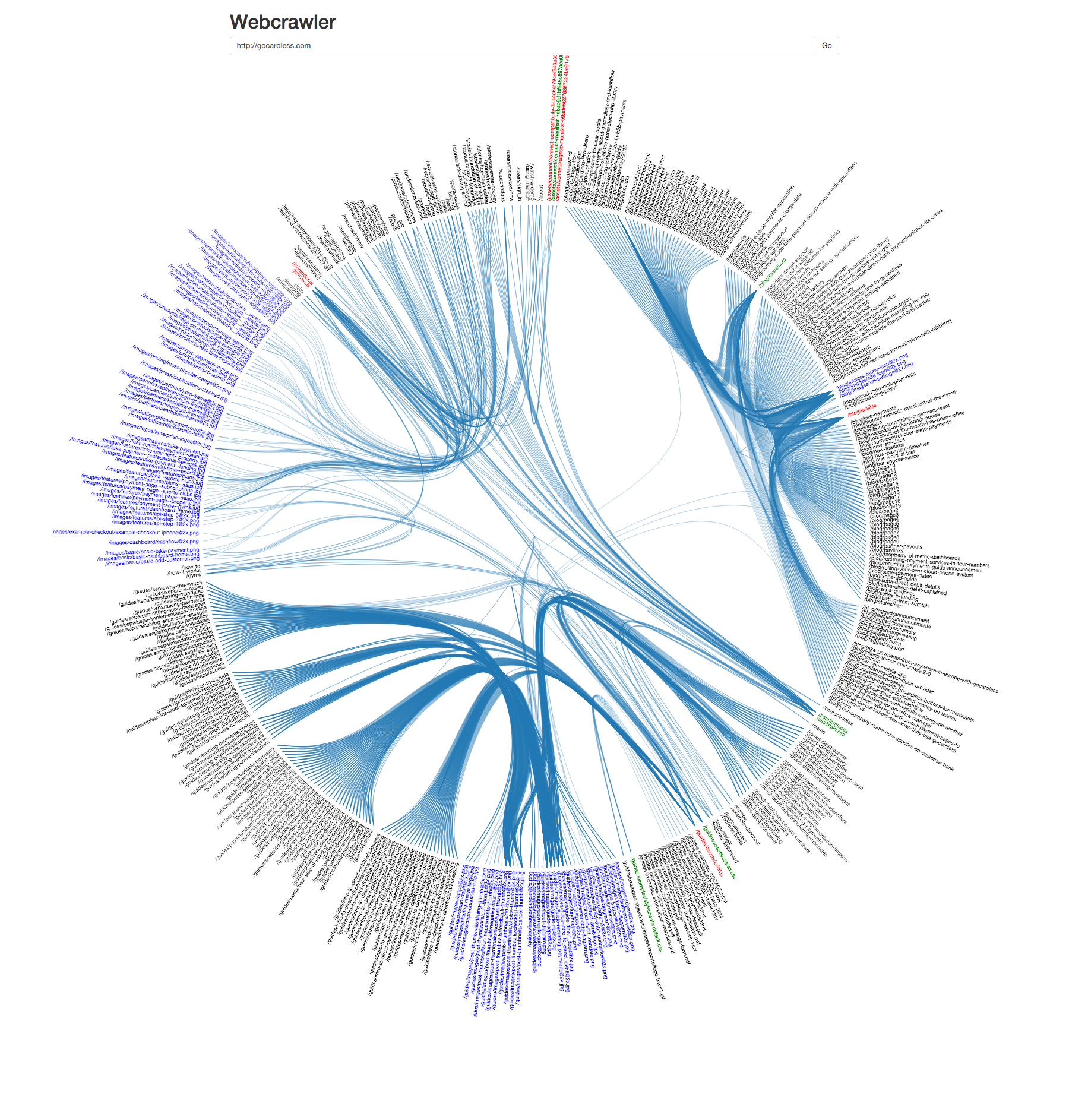 This is a very simple tool designed to crawl websites, producing data on what each page links to and what static assets they depend on.

The tool can be used as either a command line interface, to produce JSON formatted results, or via the web interface that can graph the dependencies between all internal pages and their assets from the target website.

It's worth noting that this tool works best on sites with few broken links, and that output can get rather large if the site has many pages.

Ensure your machine has node installed, along with node's package manager npm.

Once node & npm are installed, clone this repo and run npm install from the project root. This will install all the required dependencies, and run tests to ensure everything is configured correctly.

The crawl command can be used to recursively crawl the supplied target. If no JSON file target is provided, then the result to be outputted to standard out. Otherwise the data is dumped to the file provided as the jsonFile argument.

To access the web interface, run webcrawler with the argument serve. This will boot a server on port 3000 that is then accessible at http://localhost:3000. From here, you can enter the target URL and the results will be graphed onscreen.

Much of the d3 code was adapted from the flare Hierarchical Edge Bundling demo, found here, though now wrapped in an angular directive.