The demo features data from the Linnarsson Lab.

Checkout the project, cd, and then:

The development server will refresh the browser as you edit the code.

To run all the Travis checks: ./test.sh; to run just the unit tests: npm run test:watch.

Quick demos of the current branch can be pushed to S3:

The official release demo is hosted by GitHub Pages, with static HTML being checked into docs/ on the master branch. (Before release, you can preview it locally by commenting and uncommenting the CSS and the script tag in index.html.)

The demo pulls our Javascript from NPM, via jsdelivr.net. New versions are pushed to NPM by hand: Update the version number in package.json and run npm publish. 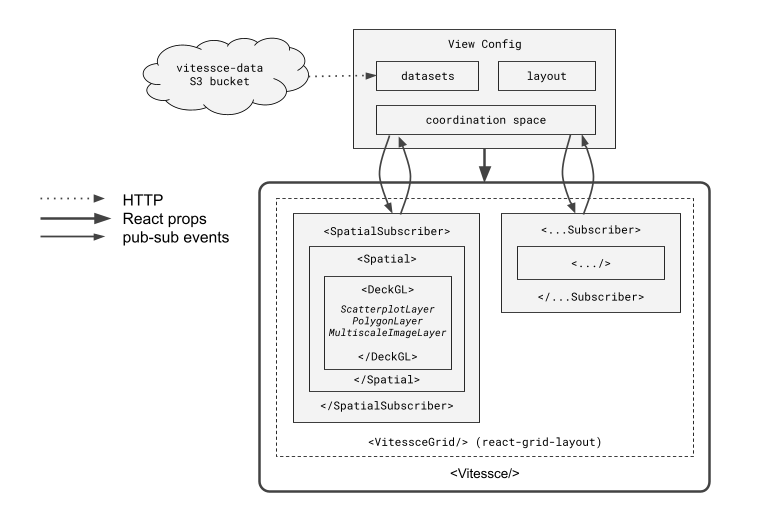 JSDocs and simple examples of the library in use are available in the documentation.