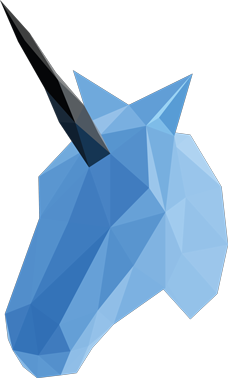 uStyle, aptly named, is the styleguide gem for uSwitch. Include it in your Rails/Sinatra/Anything project as a gem to apply consistent styles according the uSwitch styleguide.

This project is provided as is and is aimed at building uSwitch specific projects.

uStyle is a fully fledged living styleguide that delivers both CSS and JavaScript components for technical implementations as well as documentation for how these things should be applied across uSwitch.

uStyle is compiled and uploaded to S3. Consequently it is served from Cloudfront via our nginx load balancers.

uStyle within applications is usually served within their asset pipeline on compilation.

If you want to use as a gem

This can also be used as a node package just like you would install any other package.

uStyle automagically sets itself up in a sprockets context where found. That means both Sinatra and Rails apps get configured correctly. However there are a few gotchas, as we don't want to add gem dependencies that are only required for certain set ups.

Add this line to your application's Gemfile:

And then run in your terminal:

Add to your Gemfile:

Then in your app file (usually named server.rb/app.rb etc), after declaring your class App < Sinatra::Base:

You must use sprockets-sass version 1.1.0 or above, as there was a bug where the postprocessor was getting added to the preprocessor which caused autoprefixer to break

This is only for the gem, not the styleguide within this project.

uStyle serves it's icons via <use xlink:href></use> tags within an SVG. We have decided to not embed our SVGs, but rather serve them from a URL. See here for a better explanation: https://css-tricks.com/svg-use-with-external-reference-take-2/

Due to this, you need to have the icons.svg symbol map on the same domain, protocol and port as your application. To facilite this without serving a sprockets asset, ustyle comes with some Rack Middleware

For Rails apps, in your development.rb file (you do not want this in production)

For Rack apps (including Sinatra)

Currently there is no middleware to support node apps, but can be written easily.

Alternatively, you can serve your application in a docker container with nginx (or another supporting proxy server) that has a route to /icons.svg so you can proxy pass to our icons for the app. Ports, domains and protocols must match when testing the icons.

You can then successfully reference your icon like so:

To add a new Icon, add the SVG file to /vendor/assets/images/icons, then add your new icon name as @state icon to this file.

If using Rails and Sass, just import the base uSwitch styles at the start of your file

This will import the main components. If you want more granular control of what to import, please look at the source code or the styleguide.

uStyle comes with JavaScript implementations of the custom Sass Ruby functions used by Sprockets. To use uStyle's mixins and variables within your own Sass, you'll need to add these functions to the compiler you're using. For example, using node-sass in a project that also has Webpack, you can do the following:

uStyle comes bundled with a good set of Sass variables and mixins to use in your project.

For Sass documentation on mixins/variables available to you, please see: https://ustyle.guide/sass/

To preview changes that you make to uStyle's components and documentation, install dependencies with

This will run the Grunt default task that builds uStyle, then starts a Browsersync server at http://localhost:3000. Changes that you make are live-reloaded in your browser.