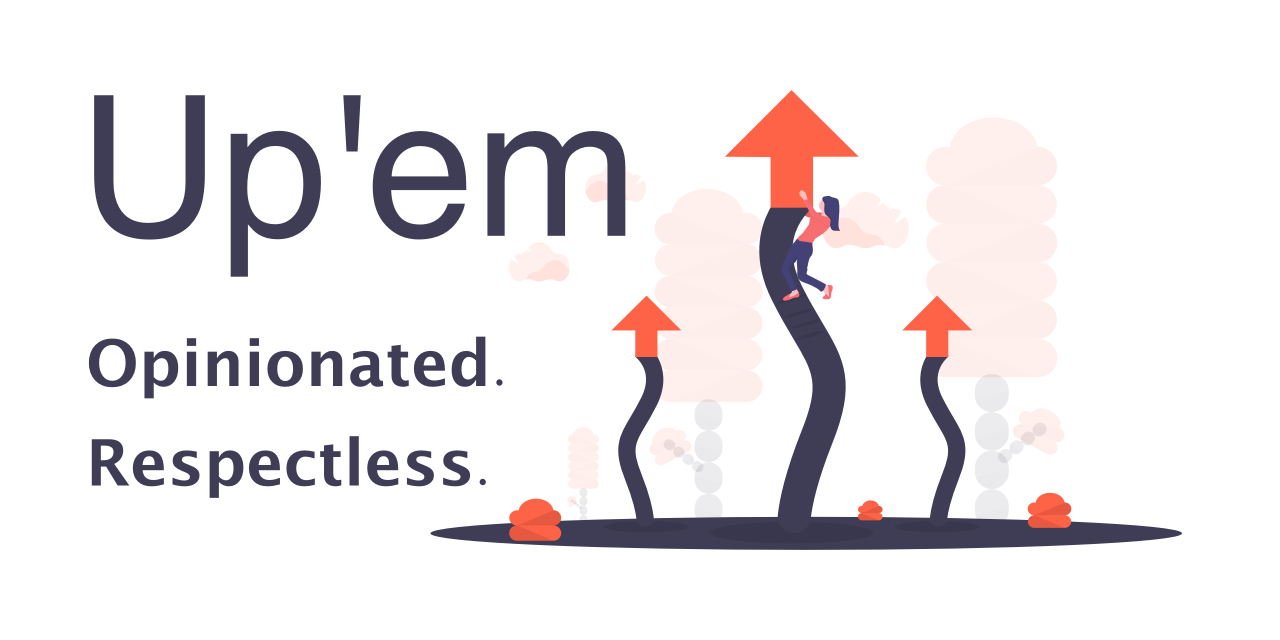 Up'em updates your dependencies to latest, so you don't have to.

You can e.g. set up some npm scripts so you can npm run upem and watch cat videos in the mean time:

A similar approach in a Makefile, gulpfile.js or Gruntfile would do the trick as well.

If you want to keep versions untouched by up'em, put an upem section in your package.json with a policies key, listing the stuff you don't want to upgrade. It supports thes policies:

latest is also the default - that's what you'll get when no policy is defined or when there's no upem section in package.json.

So what's this opinionated and respectless business?

up'em does not respect your current version preferences. ^, ~, * => they all get updated to the latest version. It will leave the ^ and ~ in place as per your npm config settings, though.

There's no warning system for major version upgrades. I've found the most reliable way to find out if nothing breaks is to run your automated QA after updates.

Up'em does respect the save-exact and save-prefix npm config settings, just like npm --save and npm --save-dev would do:

If you want to be sure of npm's 'default' behaviour over all machines and collaborators, use this one:

Whatever your preferences: commit a .npmrc at the root of all your repos so npm, yarn and upem behavior is the same accross all machines and collaborators.

As of version 5.0.0 Up'em leaves peerDependencies alone. Typically you'll use ranges for peerDependencies (>=3 or >=1.0.0 <3.0.0). Those have different requirements from your regular dependencies. They can either be more lenient, or more strict.

An example where you might want to be more lenient is when in your devDependencies want to use latest TypeScript, but you still might want to support TypeScript 3 and up. In that case you will want to keep the "typescript": ">=3" in your peer dependencies.

An example where you might want to be more strict is setting an upper limit to your peer dependencies version e.g. because you don't support beyond that version or don't know whether you can ("typescript": ">=3.0.0 <6.0.0").

I've been a happy user of npm-check-updates for a long time. It's getting out of date, though. It's using npm 3 (which has not caused troubles yet, but it might) and its dependencies have serious security issues. I have been looking into jumping into fixing it, but I soon found out it would take a serious commitment to do so.

I realized I used only a subset of npm-check-updates' capabilities, and rolling my own would only take a sunday afternoon...