This allows you to

by means of thing-it-node and thing-it.com, e.g. to set up Aquaponics solution.

Then connect your Atlas Scientific metering product to the GPIOs of your Single-Board Computer e.g. the pH probe to your Raspberry Pi Zero as follows 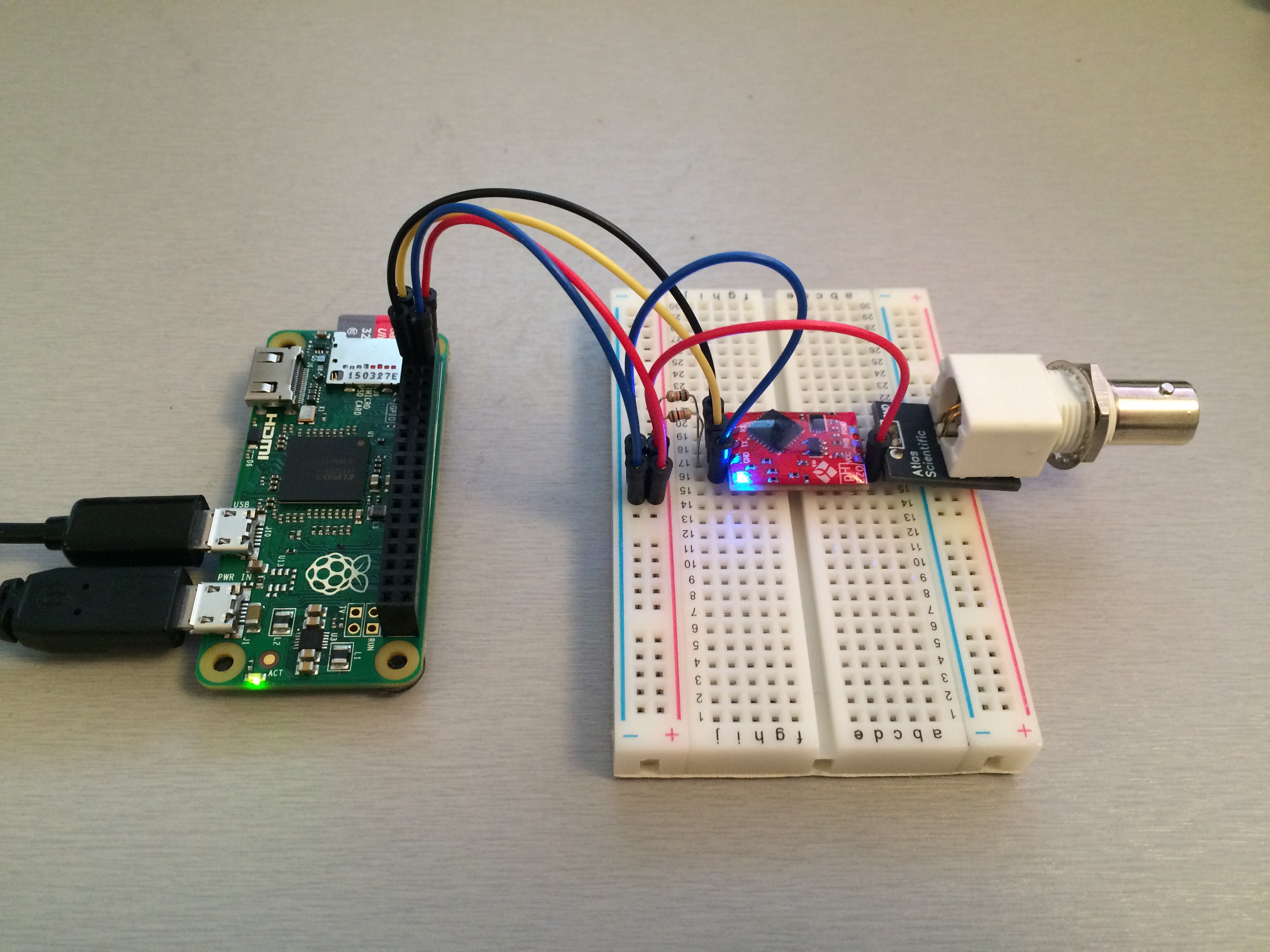 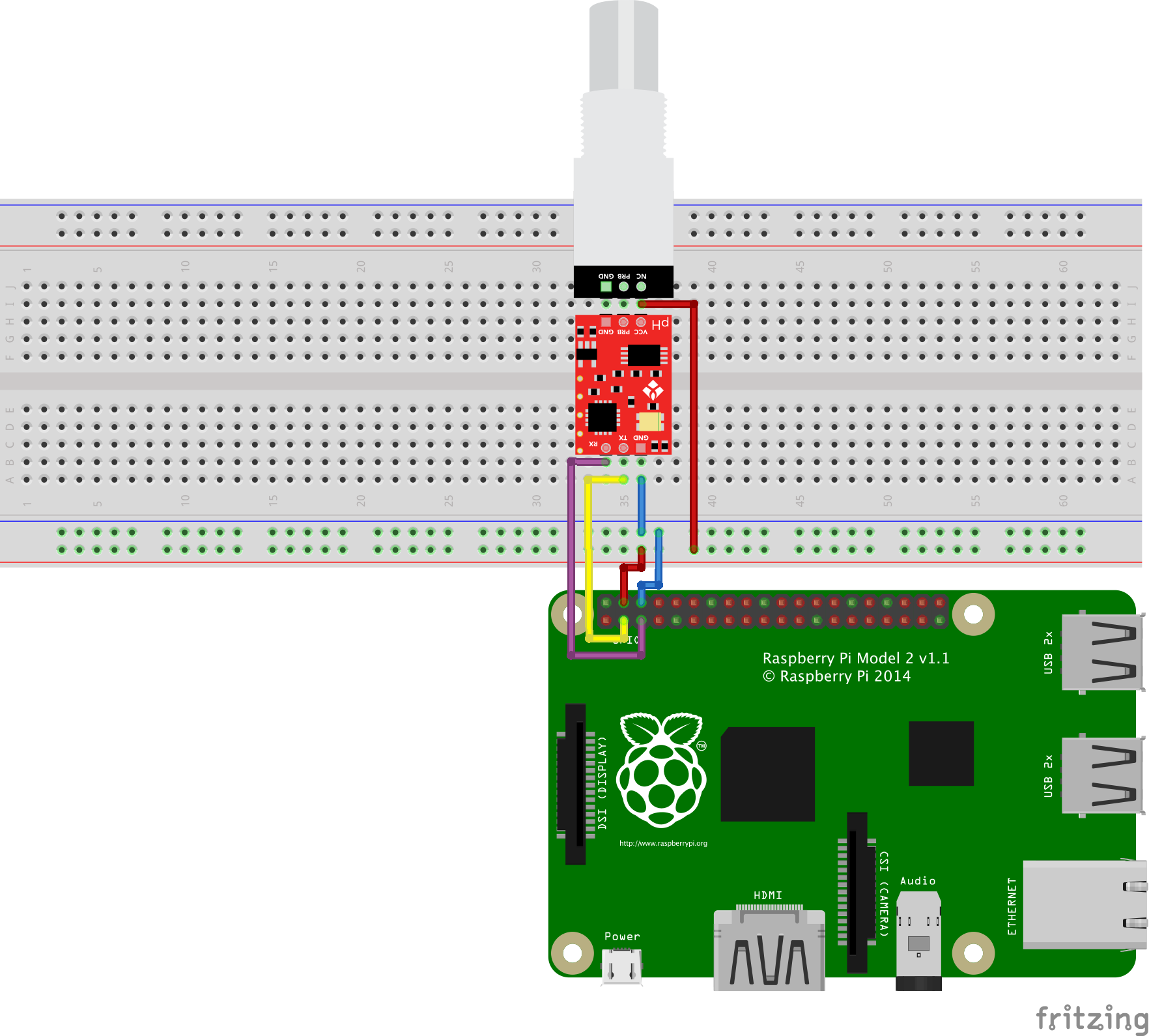 Note: I2C normally requires extra PullUp resistors on his data wires. On the Raspberry Pi they are already build in.

Atlas Scientific has plenty of documentation for the setup of the different probes.

The [thing-it-device-atlas-scientific] Plugin is installed with [thing-it-node], hence there is no need to install it separately.

The Plugin supports Autodiscovery for connected I2C devices, hence you only have to create a directory in which you intend to run the configuration, e.g.

Note, that at this point Autodiscovery would only discover distinct products such as pH meter or temperature sensor. It will not be able to distinguish between two pH meters if you set up an I2C bus as opposed to the single device setup above.

If you want to pair the [thing-it-node] Gateway and its sample configuration with thing-it.com, invoke

Install the thing-it Mobile App from the Apple Appstore or Google Play and set it up to connect to [thing-it-node] locally as described here or just connect your browser under http://localhost:3001 to check how the Mobile UI would look like.

The following screenshot shows the Node Page of the sample configuration, which just defines 3 pH Meters: 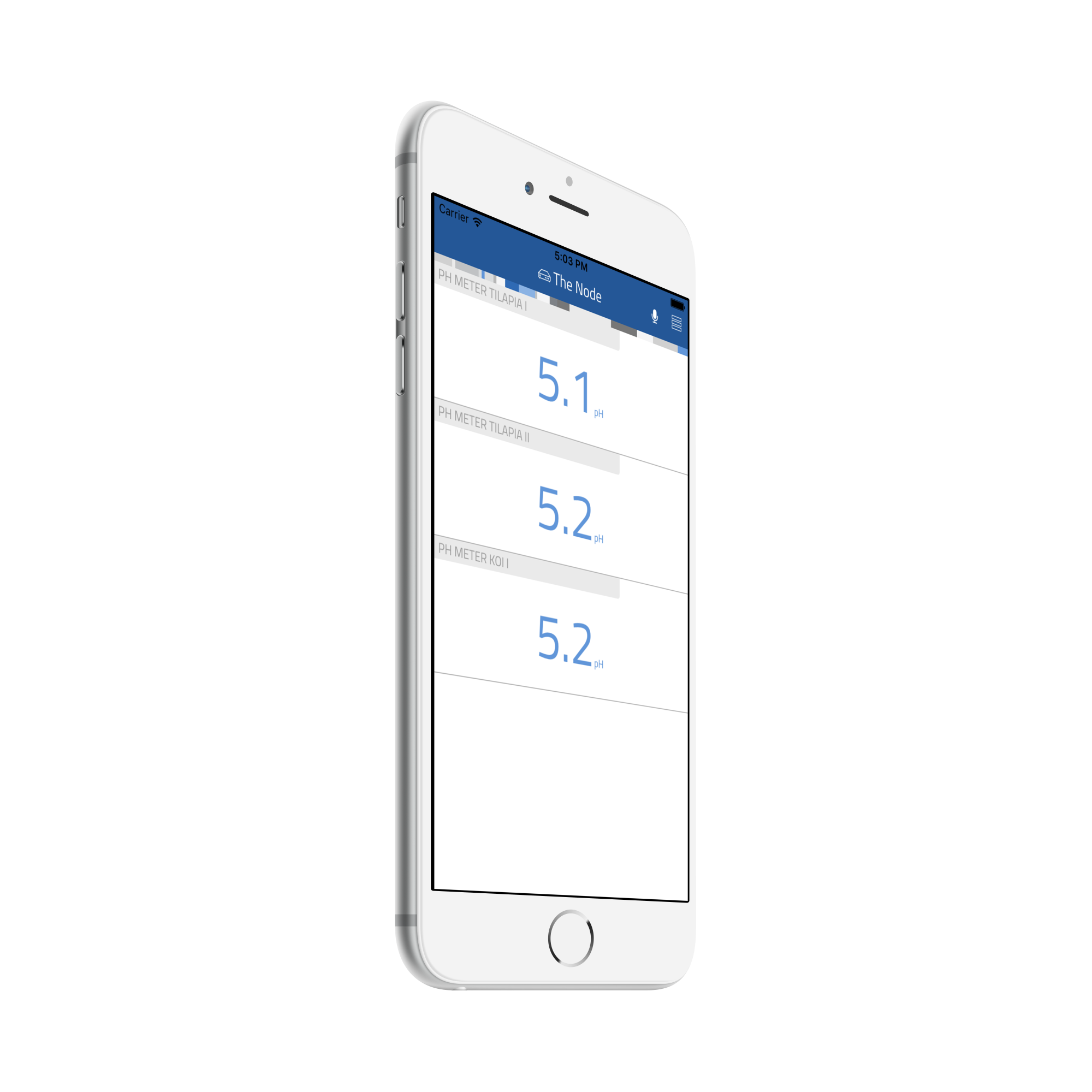 (with the above values for fish ponds, you probably regret not to have defined a [thing-it-node] event processor to send alerts, activate the pump or the like ...)

You can also run the calibration sequence from the thing-it Mobile App: 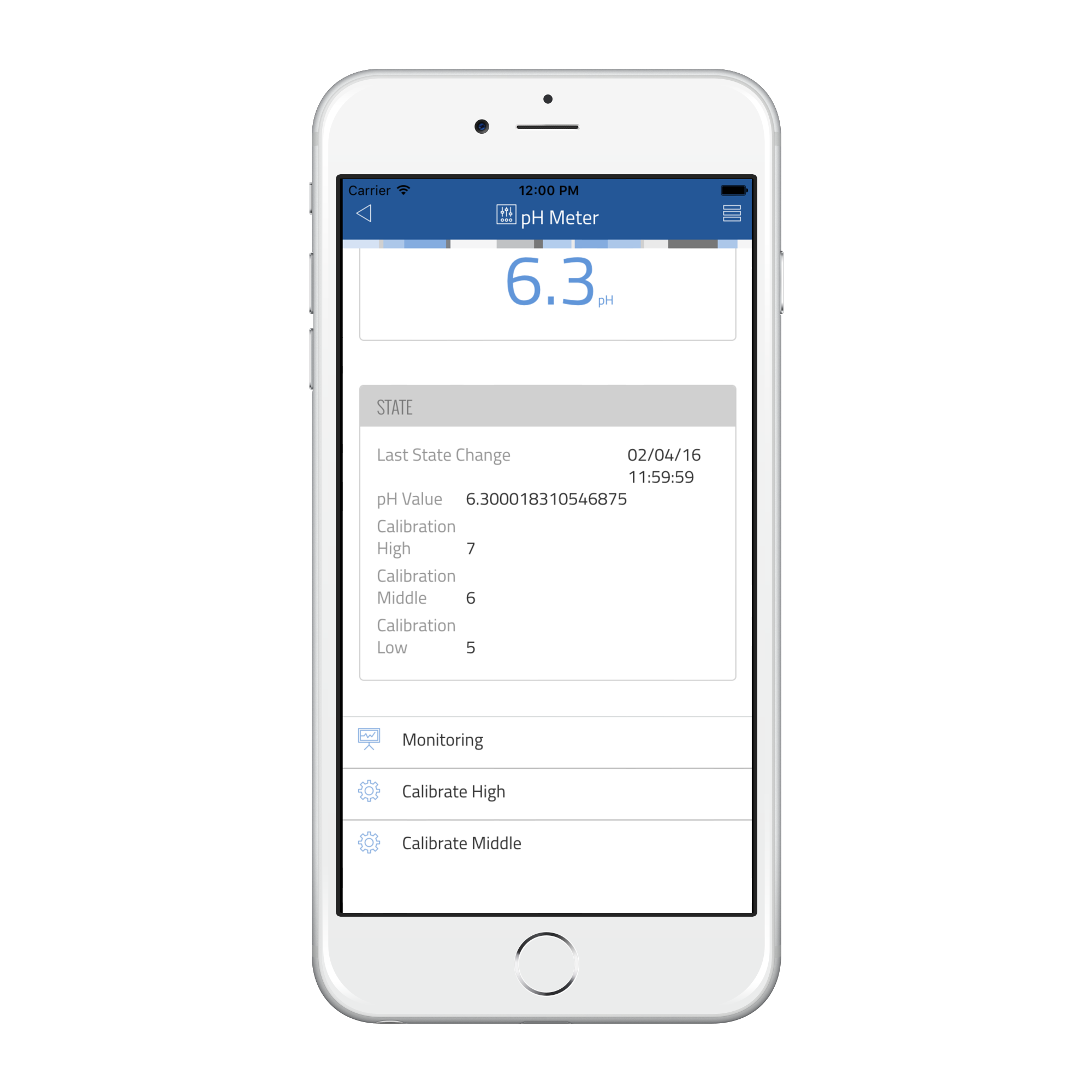 Open the Device Page, click Calibrate High, enter the actual pH value (after waiting a few seconds for the value to stabilize) and then repeat the procedure for Calibrate Middle and Calibrate Low. 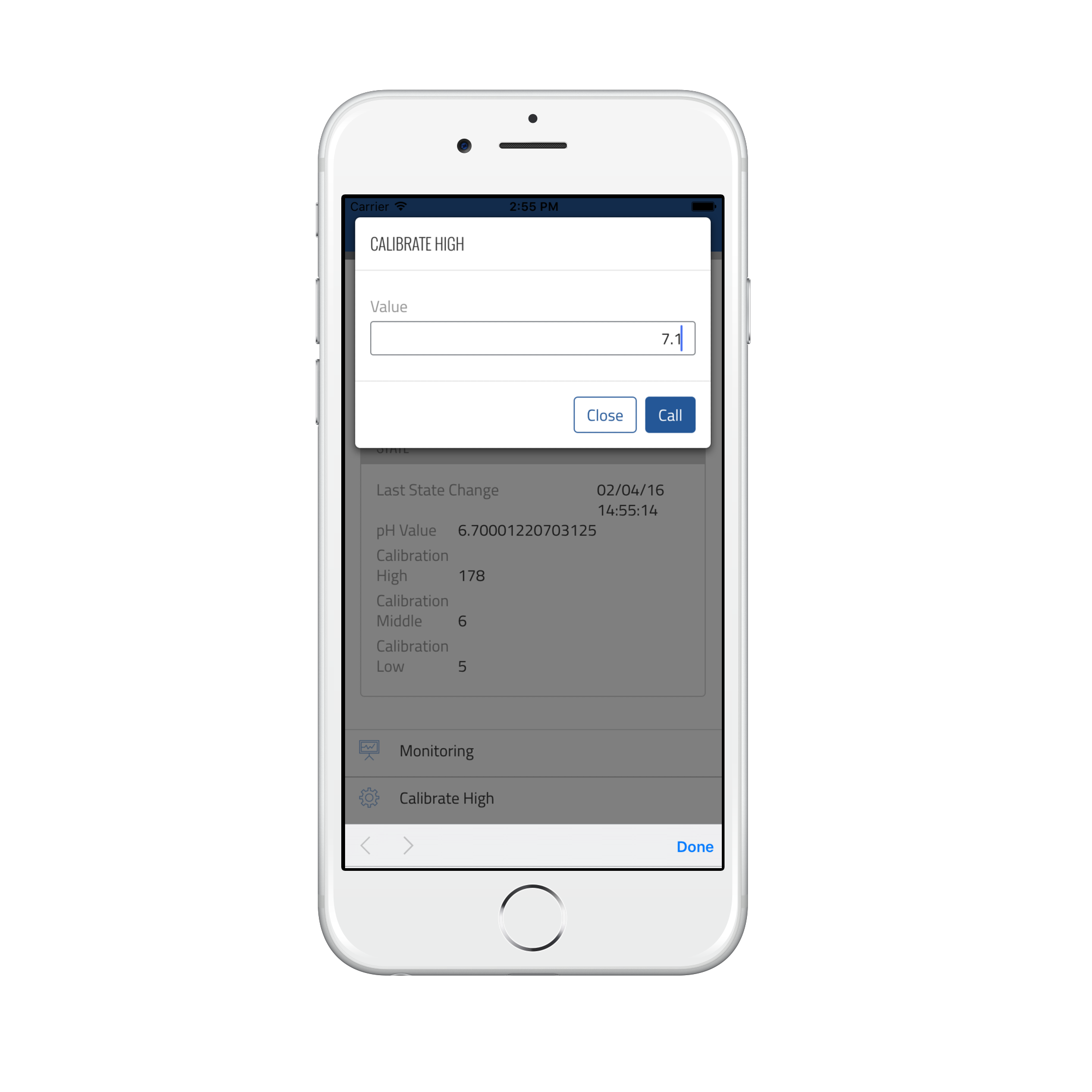 Obviously, you may set up more complex configuration, e.g. an aquaponics solution with

Or, you want to distribute a set of sensors and correlate their historical data with wheather data and other things on thing-it.com.