TagUI is a command-line tool for digital process automation (RPA). It's maintained by AI Singapore, a government-funded initiative to build local artificial intelligence capabilities. To start, click above tutorial, slides, or video links.

The goal of UI (user interface) automation is to reproduce cognitive interactions that you have with websites or your desktop, so that your computer can do it for you, base on your schedule or conditions. TagUI helps you rapidly automate repetitive or time-critical tasks - use cases include digital process automation, data acquisition and testing.

Read on for more info or jump right to the flow samples section to see examples of TagUI automation in natural-language-like syntax, which makes automation easy to maintain. This is a full-feature and free open-source tool, so there's nothing to upgrade to or any paid subscription. To feedback suggestions or bugs, raise an issue on GitHub.

TagUI is in v5.0 - it unzips and runs on macOS, Linux, Windows (link to release notes)

Recommended locations to unzip to

avoid spaces in the folder path as some components of TagUI don't work well with spaces in folder and file names optional - configure web browser settings in tagui_config.txt, such as browser resolution, step timeout of 10s etc

Tip - to try cutting edge version with the latest features, download master.zip to overwrite your existing packaged installation (be sure to manually select and move the folders & files inside master.zip's TagUI-master/src folder to replace your existing tagui/src folder, some OSes will delete existing target folders that are missing from source folder)

Log files (.log .raw .js) are created after running. To turn off, put an empty file tagui_no_logging in tagui/src folder.

If your command prompt or terminal font size is too small, you can set it to much larger font sizes for easier reading. Below example will run a script to perform a search on Yahoo website and capture a screenshot of the results.

if the script works successfully, you will notice five .png files - congratulations, you have run your first TagUI script!

Now, you can try the same automation script with Chrome browser by running with chrome option (for Windows enter tagui samples\1_yahoo chrome, for macOS/Linux enter ./tagui samples/1_yahoo chrome). The automation will now run in the foreground instead, so you'll be able to see the navigation on Yahoo and DuckDuckGo websites.

To schedule an automation flow with crontab (macOS/Linux), for example at 8am daily

TagUI Writer is a Windows app created by Arnaud Degardin / @adegard which makes it easy to write TagUI scripts. By pressing Ctrl + Left-click, a popup menu will appear with the list of TagUI steps for you to paste into your text editor. Arnaud also created a ScreenShoter app which makes it easy to capture snapshots for TagUI visual automation. Lastly, TagUI Editor allows you to edit and run TagUI scripts via AutoHotKey. To download, click here.

TagUI has built-in integration with SikuliX (base on OpenCV) to allow visually identifying the web elements and desktop UI (user interface) elements for interaction by providing their images or (x,y) coordinates. Applicable steps are click, hover, type, select, read, show, save, snap, keyboard, mouse. To use visual automation, Java JDK v8 (64-bit) or later is required.

TagUI has built-in integration with Python (works out of the box for both v2 & v3) - a programming language with many popular frameworks for big data and machine learning. The py step can be used to run commands in Python and retrieve the output of those commands. To use Python integration in TagUI, first download Python for your OS. macOS and Linux normally come pre-installed with Python. Make sure that python command is accessible from command prompt.

TagUI has built-in integration with R - an open-source software environment for statistical computing and graphics. R can be used for big data and machine learning. The r step can be used to run commands in R and retrieve the output of those commands. To use R integration in TagUI, first download R software for your OS. Make sure that Rscript command is accessible from your command prompt (added to path or symbolically linked). 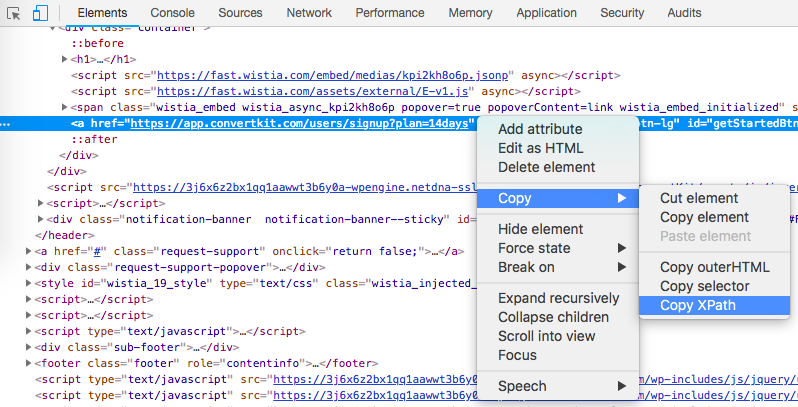 Tip - to use variables where text is expected, `variable` can be used. XPath is an expressive way to identify web elements. If you know xpath and use xpath for element identifier, use double quotes for text //*[@title="Login"]

TagUI excels in automating user-interface interactions. It's designed to make prototyping, deployment and maintenance of UI automation easier by minimizing iteration time for each phase. Originally developed by a test automation engineer to be liberated from writing chunks of repetitive code when automating web interactions.