A simple assertion to validate many aspects of stub calls. It is supposed to use with sinon + chai.

Will validate the exactly interaction with the mocked method, which is:

Just pass the stub in the first parameter and, in the others, arrays with the set of parameters each calls had received.

If you want to check if the stub had never been called, pass just the stub:

If you expect the stub to have been called with no parameters, pass empty arrays:

(in this example, myStub have been called three times with no parameters)

You can also use sinon matchers to validate the parameters instead of exact values: 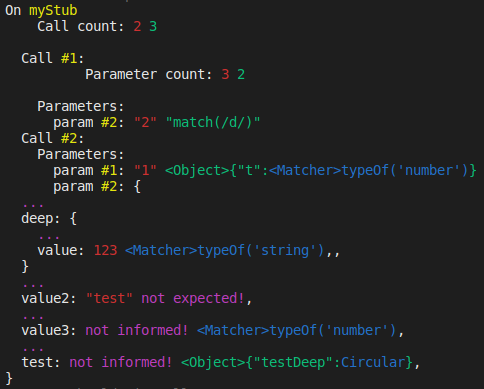