Rekit portal is a new dev tool shipped with Rekit 2.0. It's a central place to manage and analyze your Rekit project. Rekit portal itself is also created with Rekit, so it's also a good real-world example of Rekit for reference.

To have a quick view on how Rekit portal works, you can look at the live demo.

You don't need to install Rekit portal manually. When a new Rekit app is created, the rekit-portal is auto dependent as a npm module. You should be able to access Rekit portal at http://localhost:6076 by default.

Besides displaying the project structure, it also provides context menus to manage project elements like component.

The dashboard provides an overall status view of the project such as overview diagram, test coverage etc. 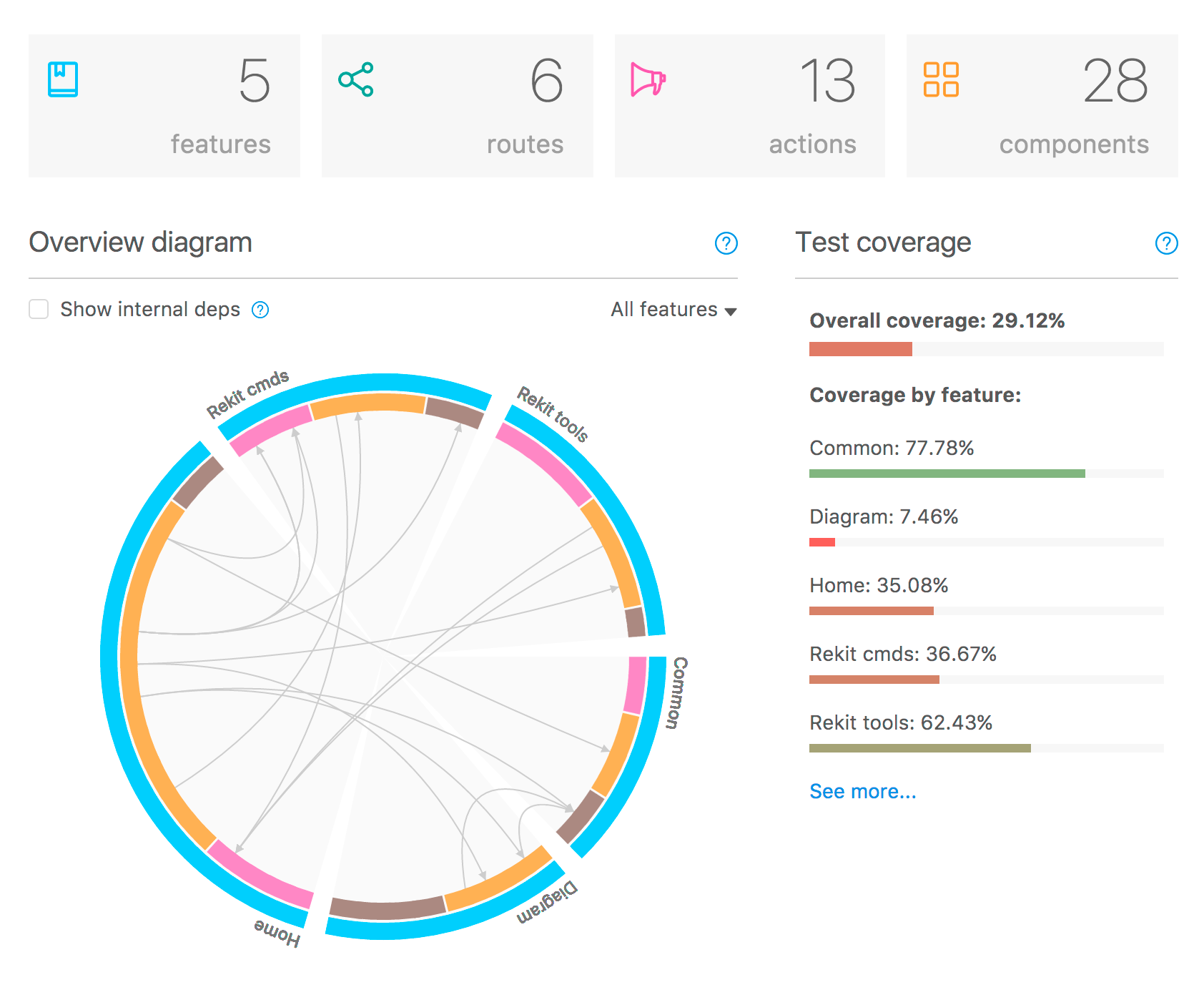 The most notible part of the dashboard is the overview diagram. It's an intuitive view about the architecture of a Rekit project. It's also interactive, you can mouse move to different features, components, actions to see the relationship of some specific element. You can also click a node to deep dive into it. Below information is covered by the overview diagram:

Ideally, there should be no circular-dependecies among features. So that they are pluggable and easier to understand. But in real projects you need to balance the architecture and development efficiency. So it's acceptable if there are light-weight circular-dependencies between features while a principle is to avoid too many such dependencies. You can delay the refactor of removing dependencies when some type of dependencies become too complicated.

Here is a list about what different colors and lines mean:

While the overview diagram shows the overall architecture of the project, the element diagram provides a focused view of the relationship between the selected element and others. It helps to understand a module quickly, and helps to find out over-complicated modules.

When you click an element from the project explorer or the overview diagram, it will show the element diagram by default: 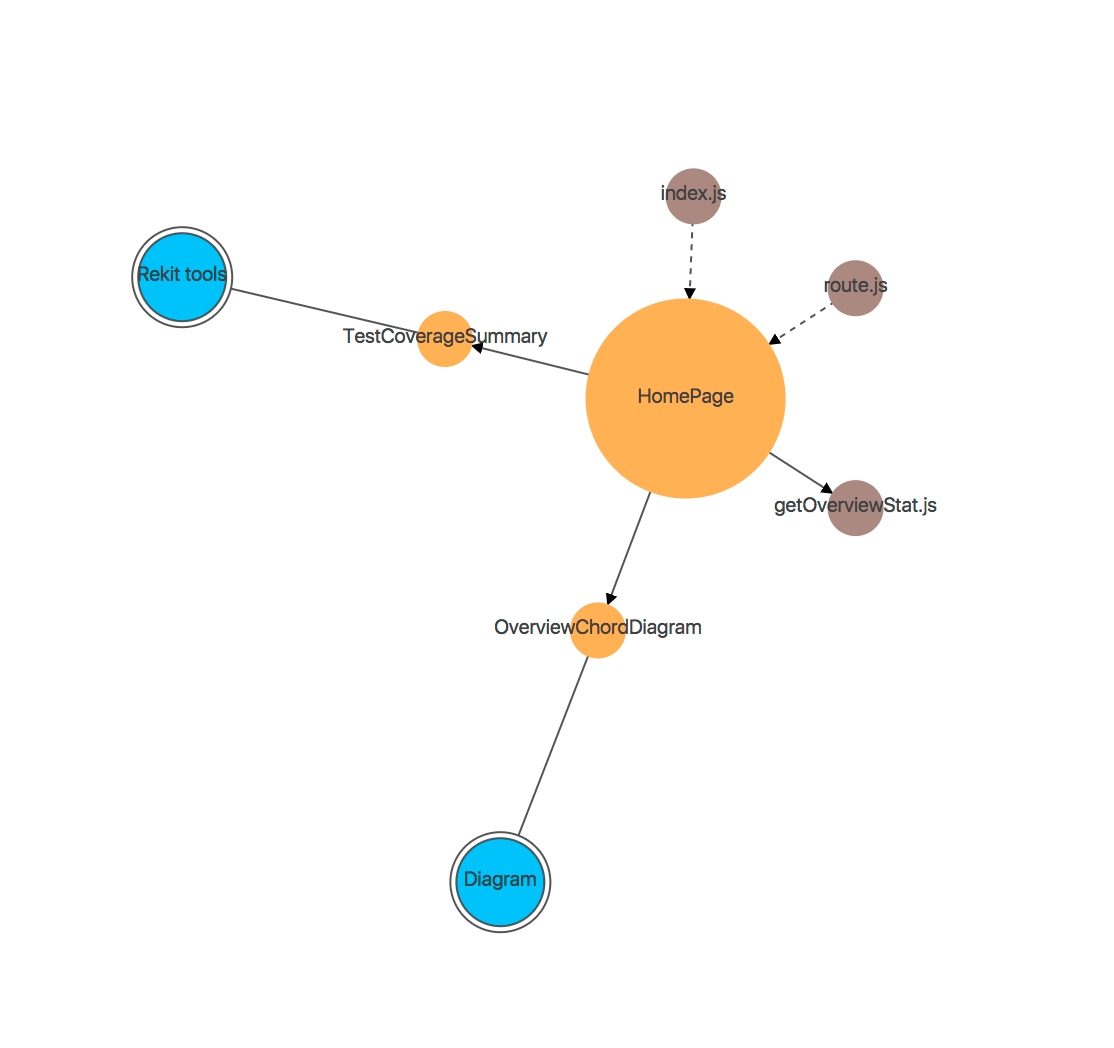 You can see the overall test coverage report from dashboard or the original report generated by istanbul-nyc from the test coverage detail page.

Rekit portal wraps command line tools into UI dialogs, with which you can intuitively create, rename or delete components, actions etc. To open a dialog, right click an element in the project exploer and click the corresponding menu item.

Rekit portal executes the build script tools/build.js under your project when click the menu item Build. It reads the webpack build progress data to update the progress bar. Though build.js created by Rekit looks a bit complex but you can update it per your requirement after you fully understand how it works. 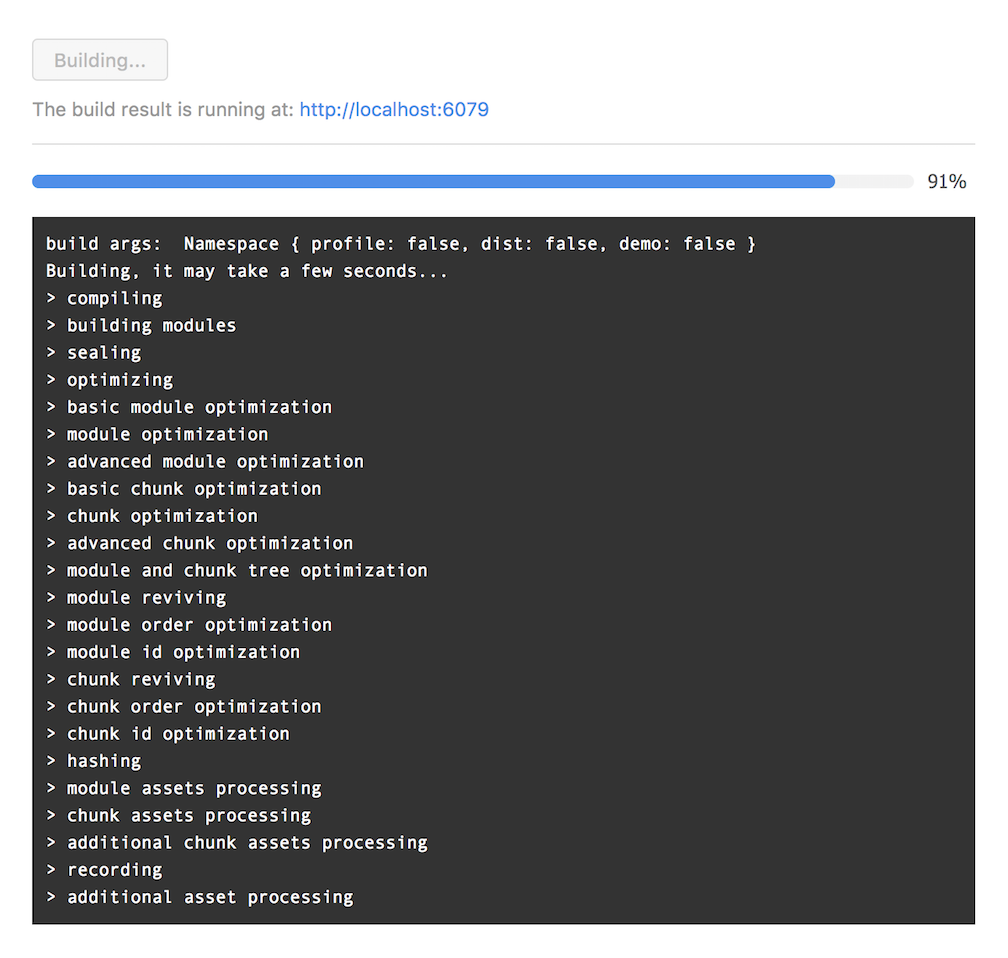 Rekit portal executes the test script tools/run_test.js under your project when click the menu item Run tests. The script accepts the argument which tests to run, it could be one single file or a folder. When no argument provides, it runs all tests under tests folder, and generates test coverage report. See more in command line tools page.

So when click Run test menu item on a project element like component, it just executes tools/run_test.js behind and pass the current component test file as the argument to the script. You can also update run_test.js script on your requirement. 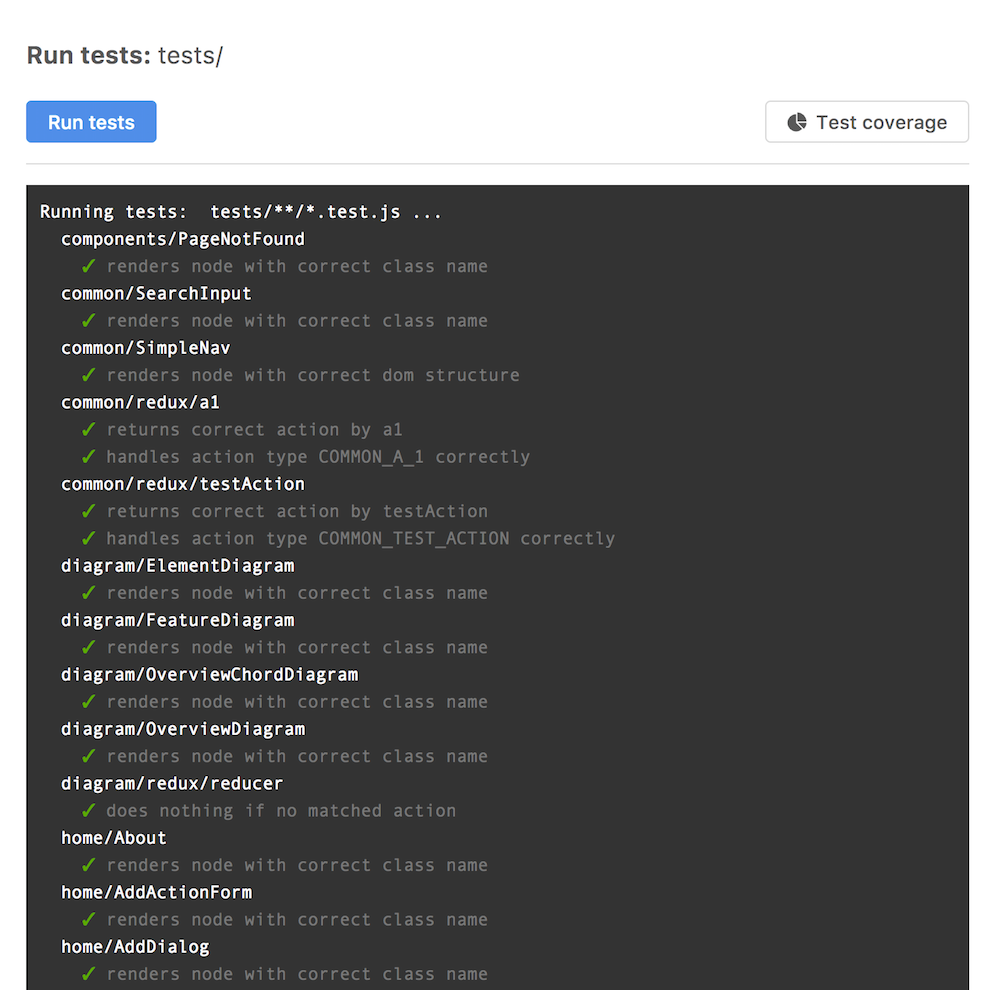 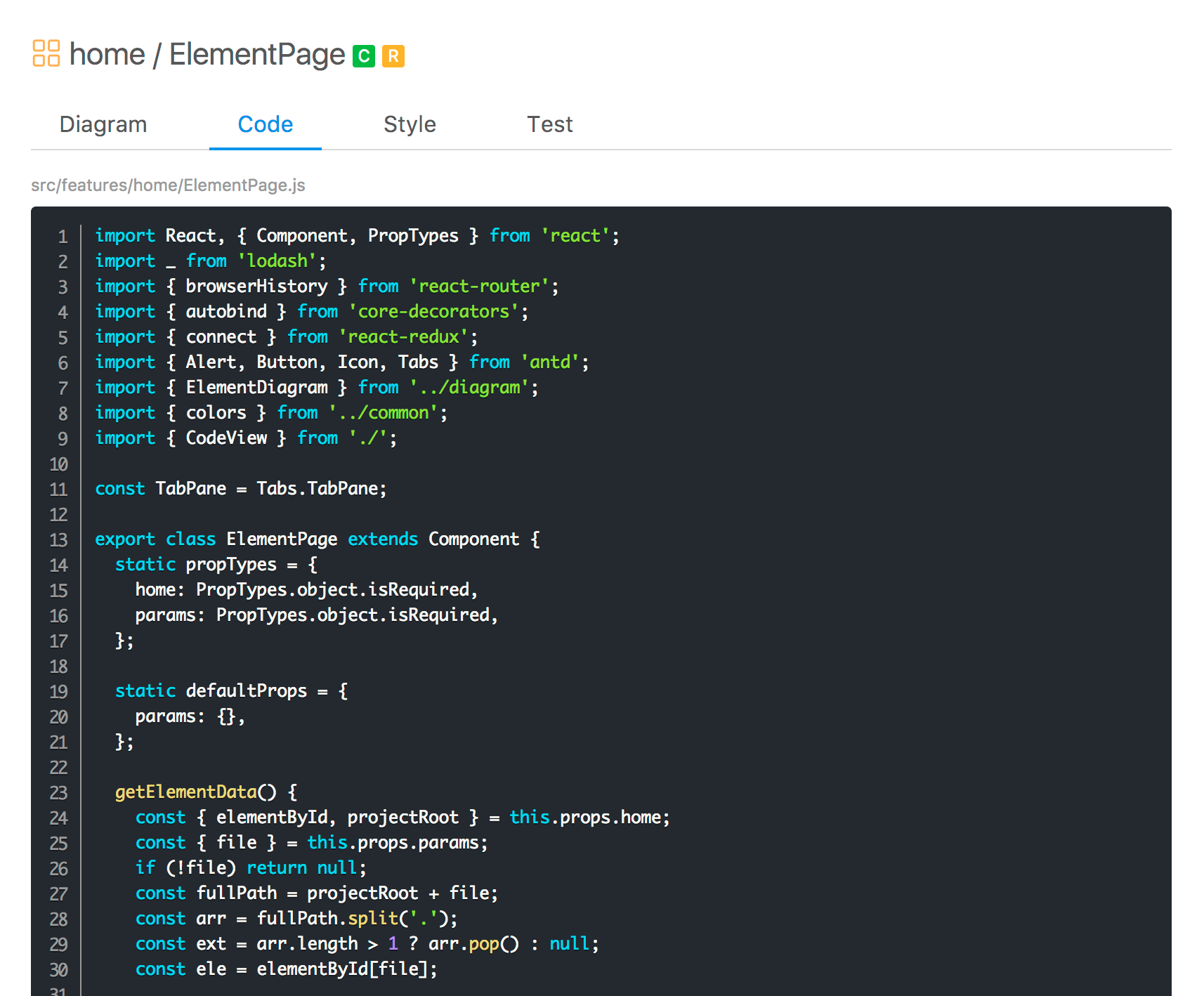