A light weight interactive CLI Automation Tool for rapid scaffolding of React apps,
with Create React App under the hood.

Built with by Vinay.

Rapid React is an interactive CLI tool which automates the repetitive steps involved every time a new React app is setup. Usually developers go through a time consuming process which involves waiting for create-react-app to finish it's boilerplate setup, followed by installation of dependencies & dev dependencies, setup of folder structure, routing, state management, e.t.c. before it can finally start working on the app.

Well, now you can grab a cup of while Rapid React scaffolds the app for you!

Thanks for showing your love for Rapid React which has motivated further to work on some cool new features!

This has been considered after an in-depth advice from Mark Erikson who is a Redux maintainer. You may check his suggestions here which cover RTK as the recommended way to write Redux logic. This would be a breaking change for existing users.

From your terminal run:

Rapid React installs rapid-react command in your system. To run the tool, you need to invoke this command from your terminal:

As soon as run the command you are greeted by the CLI. 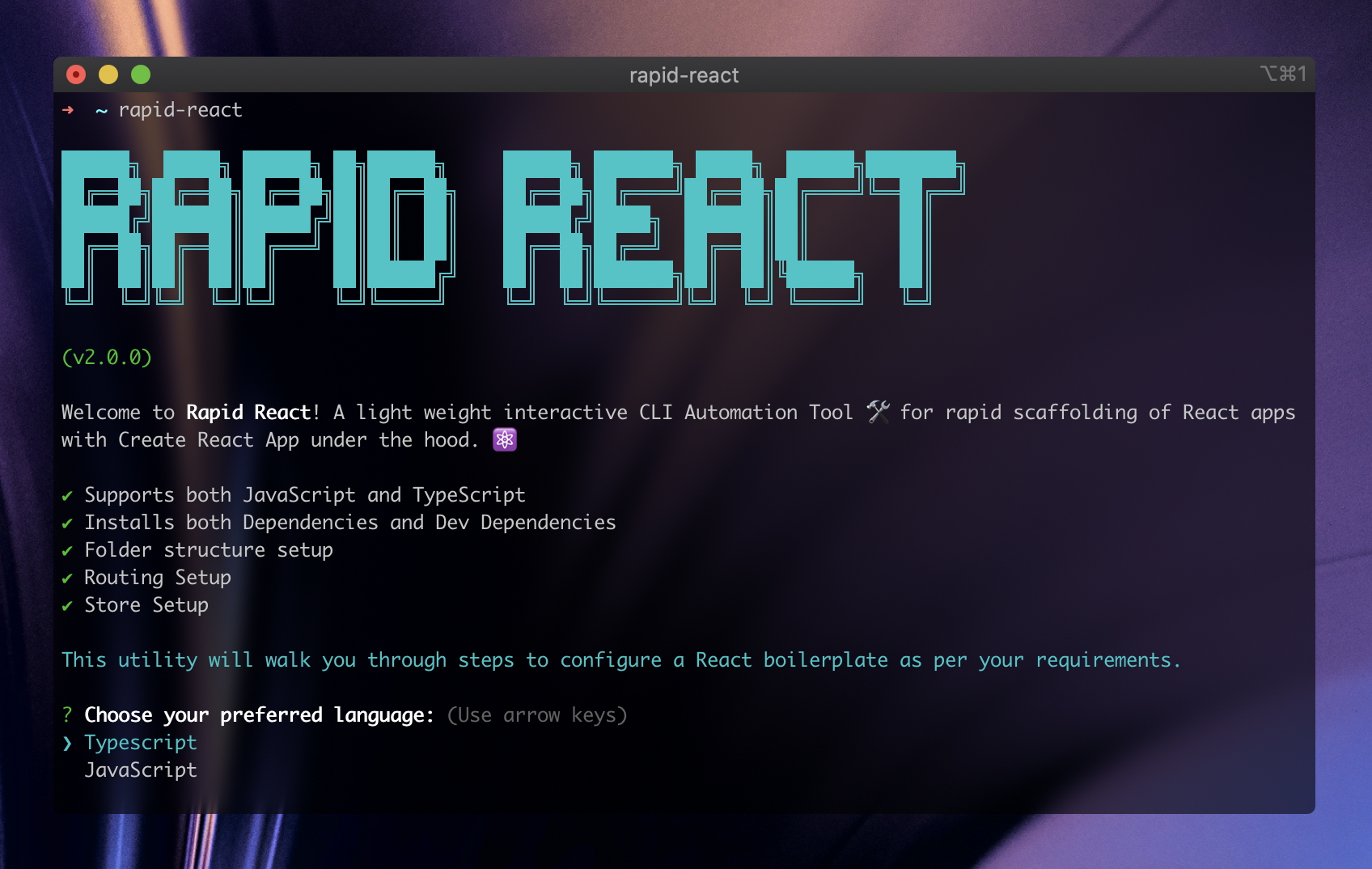 From there on, you are asked a couple of question for a tailored experience for your app setup. 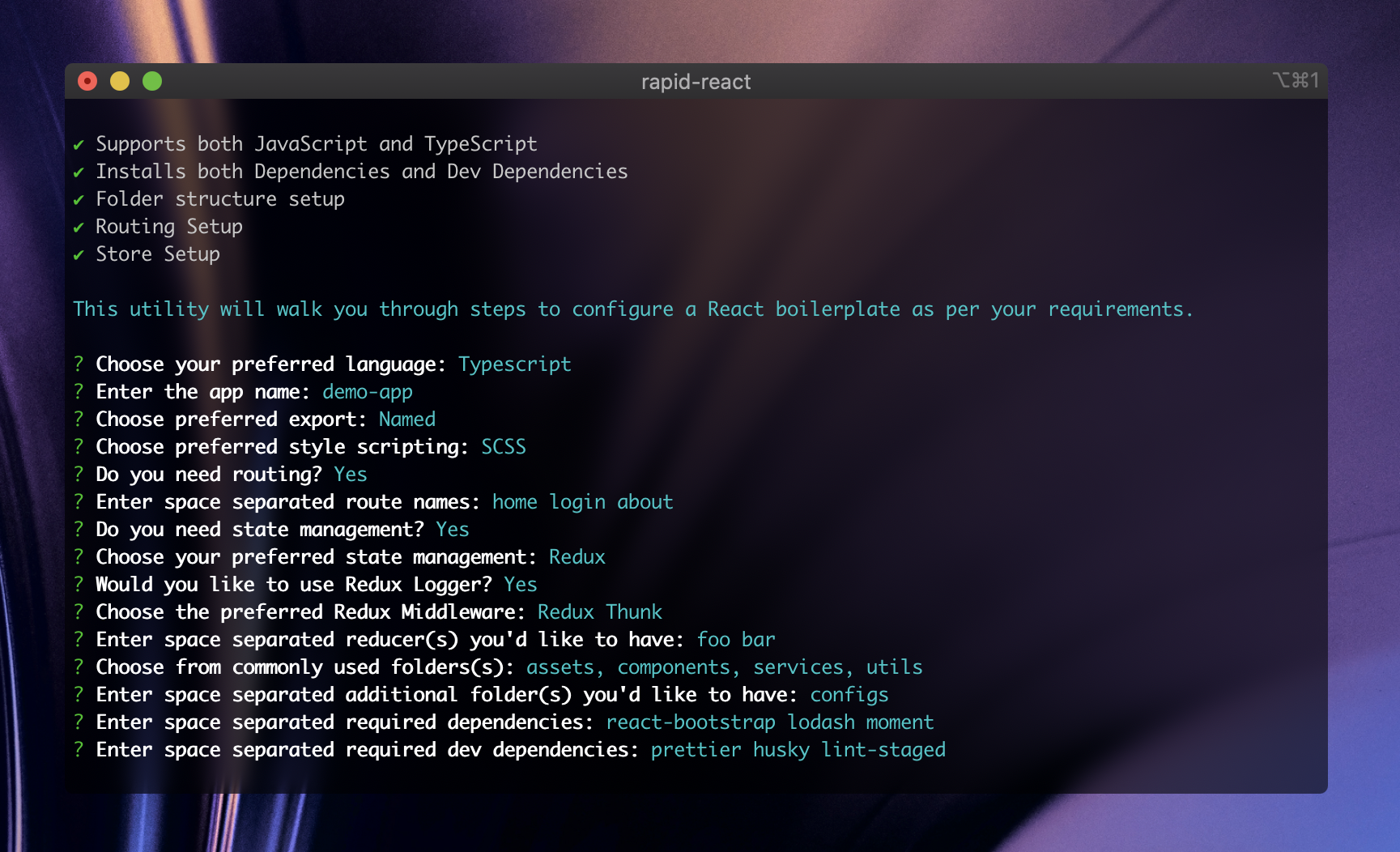 The utility would walk you through from following:

Your contributions are always welcome! Please have a look at the contribution guidelines first.