The generated playbook takes care of the following: 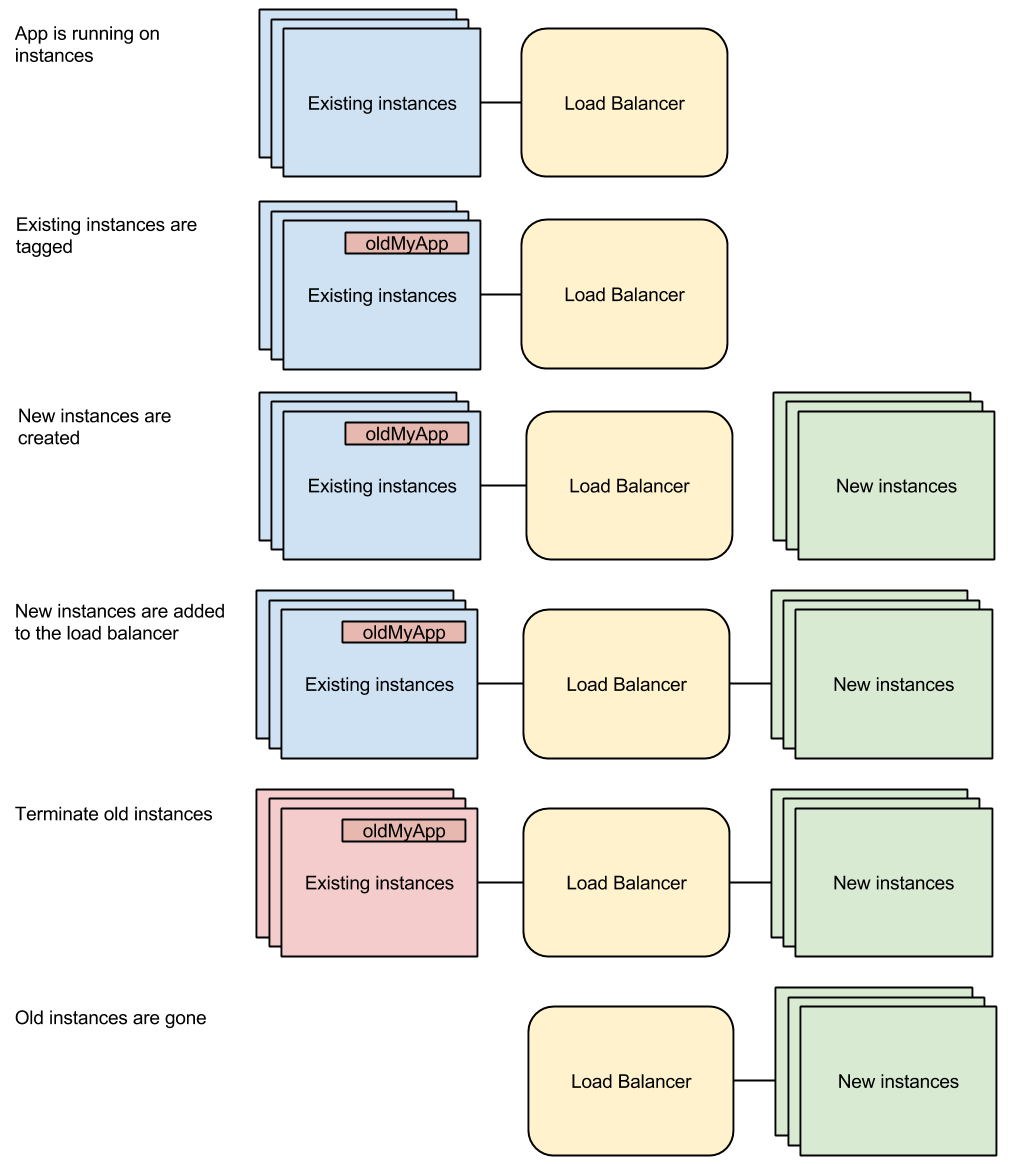 Your job is then just to configure the Ansible roles that you need to provision your EC2 nodes.

What is immutable infrastructure?

"Immutable infrastructure, or an immutable deployment, is where infrastructure never changes - it is completely replaced when a deployment happens. Immutable infrastructure is an attempt to control the amount and location of state in a system. Instead of the historical pattern of having a group of servers and maintaining them over time, immutable infrastructure creates new servers on every deploy. You install your application on them, add them to the load balancer, and then remove and destroy the old nodes. You can achieve rapid results by having a custom base box, which you provision in advance, so that only your code needs to be deployed" (Reducing Infrustration, radify.io blog).

We also recommend these additional articles to learn more. 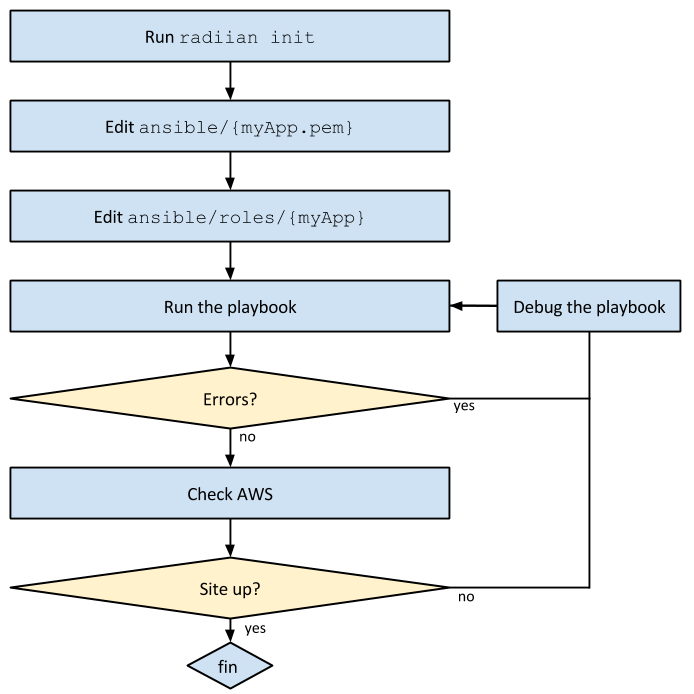 You should already have set up the following items along with their prerequisites:

cd either to an empty directory to create a new project or to an existing directory that contains an AWS project provisioned by Ansible.

Typing radiian init will start a question and answer dialogue that will gather all of the necessary data to configure your project automatically. Here you will choose your AWS region, zone, instance type, and much more. Please note that Radiian will write over an existing Ansible directory, so, if you want to keep your old ansible/ directory, please back it up before running Radiian. The full dialogue looks like the following: At the conclusion, you will see a summary of your entries along with an option to confirm whether or not they are correct. 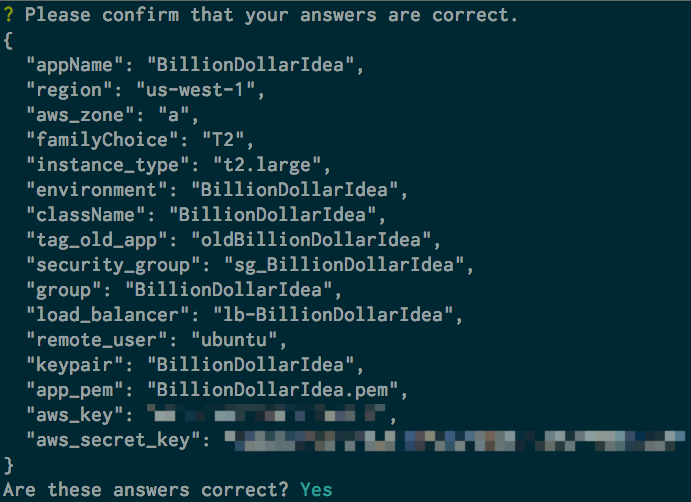 If you see a mistake and have to repeat the dialogue, the default values are conveniently changed to your previous entries, so that you won't be forced to retype correct entries. When finished, Radiian will create an Ansible playbook that is ready for immediate deployment to AWS. The output will read: Your playbook has been created in the directory ./ansible

Setting Up An IAM Machine User

You need to have an IAM machine user in order for the playbook to access your AWS account. That user must have various permissions in order for it to access your AWS account. When setting up your IAM machine user, you want to abide by the principle of least privilege. You can check out best practices here. This is an example of an IAM Policy that you could use for your machine user that provides Ansible with enough power to run your immutable infrastructure without opening the front-door security wise. If you use this policy be sure to add in your account and subnet IDs where indicated.

Guard your AWS credentials very carefully. Sensitive information should never be commited to version control. Once commited, it is very difficult to remove it from your repository's history. At the very least, put ansible/inventory/aws_keys and your .pem key in your .gitignore file. Tools such as git-crypt and Ansible Vault provide additional security.

./ansible/provision.sh deploys your project immediately to AWS. Read provision.sh to see exactly what happens. This README is not the place to give a full explanation of the inner workings of an Ansible playbook, but here is a quick summary of what happens:

Please see our article Painless Immutable Infrastructure with Ansible and AWS for a description of how this playbook works.

radiian -h presents a minimal help menu, whereas radiian -o opens the much more detailed online documentation. Additionally, you may file an issue on Github.

Radiian, like npm, uses semantic versioning.. Versions tags are found in git, package.json, and radiian -V. To keep them all synchronized, we do not use git tag directly. Rather, we run npm version x.y.z, which updates the version number both in package.json and in git. (In fact, it adds a new tag commit automatically.) Because radiian.js receives its version number from package.json, there is never a need to update its versioning.

Radiian is released under the BSD 3-clause “New” License.