... we can automate DevTool's Performance tab, benchmark & assert multiple tasks, save raw trace data of DevTool's Graphical Timeline for post investigations & summarize all that into a nice web-based dashboard where we can compare key metrics to optimize JavaScript & UI/UX performance?

pFreak is a unit-level 2-in-1 JavaScript benchmarking and testing framework.

Also, it's very suitable to benchmark asynchronous executions since pFreak is based on Chromium DevTool's raw trace data. It calculates the execution duration of each unit of work instead of marking start-end based timing approach.

This was originally implemented as a part of CalDOM UI library development.

Behind the scene, pFreak is using Puppeteer to automate the process and capture trace data through Chrome DevTools Protocol(CDP) session (same as Developer Tools Performance tab). The captured raw trace data is processed by devtools-timeline-model. Then the formatted results can be viewed on the browser. 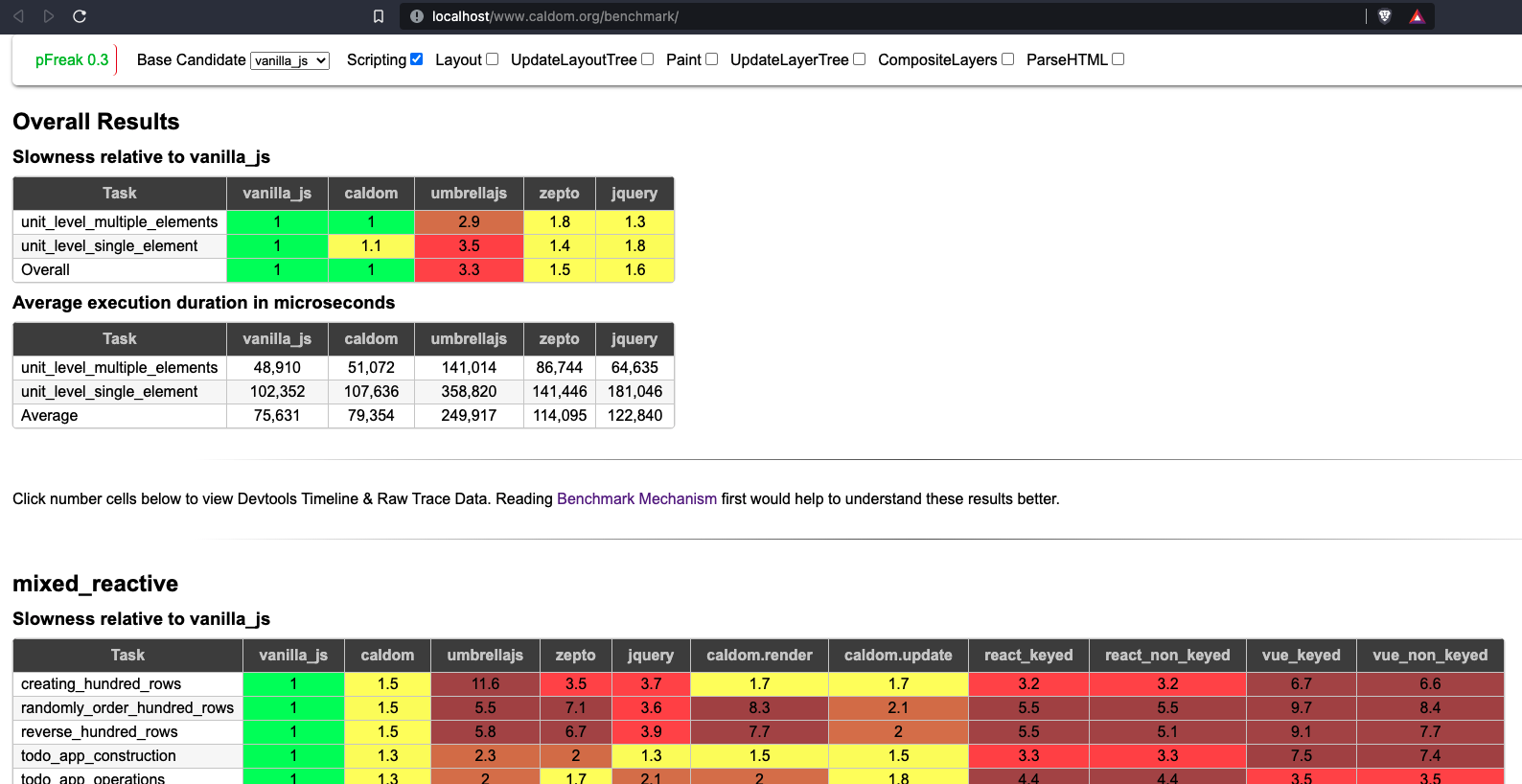 This creates a new JS file in the ./tasks/ folder. Define your test/benchmark in the file using the given structure.

3. Run the benchmark or test-only mode

This starts an http-server at localhost:8080 and opens it.

Your contributions are very welcome. I just created this as a side project to benchmark and test the CalDOM UI library I created. Figured that this could be useful for others as well. I don't have a grand plan for this yet, please feel free to jump in :)