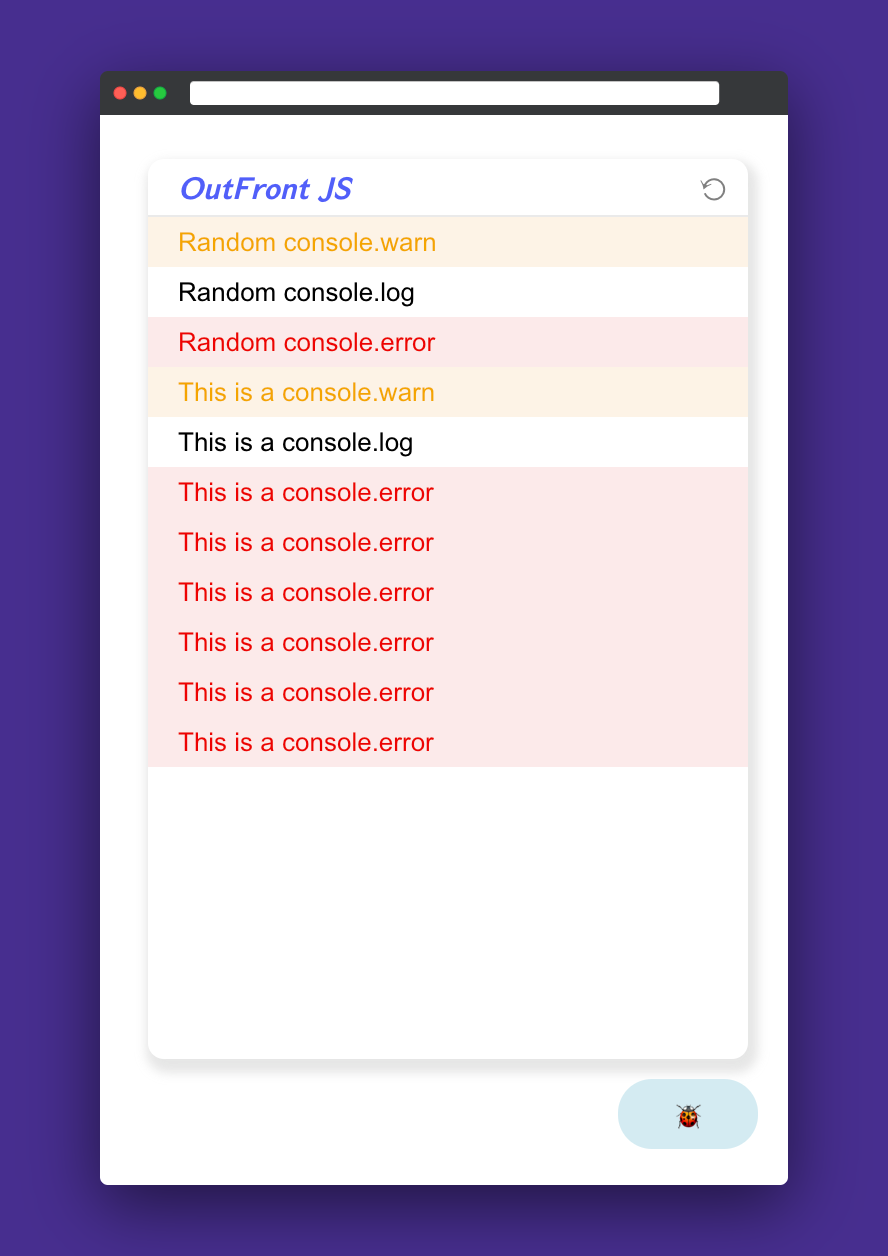 Intercepts all your console.log, console.warn, console.error and errors and logs them into a popup on screen itself(DOM). This can be useful in scenarios where you don't have access to Chrome, Firefox, Edge etc. inspect panels.

Example scenario to use OutFront JS:

A demo is worth a thousand words. See demo

OutFront is extremely light weight and built with:

OutFront can be used with any web based projects and frameworks such as React, Angular etc.

OutFront requires Node to be installed in order to use yarn/npm.

After installation import OutFront to your project and call outfront() function on the very top of project tree(for example index.js):

See the open issues for a list of proposed features (and known issues).

Consider starring this project on Github.

Contributions are what make the open source community such an amazing place to be learn, inspire, and create. Any contributions you make are greatly appreciated.

Distributed under the MIT License. See LICENSE for more information.

Icon made by iconixar from www.flaticon.com