Below is the test flow that can be found showing the various features. Note, images need to be copied from the repro's test folder to required location and the fetch file node updated.

Defines a face comparing node using Biometric Vision service. Can compare two images or store an image as a reference point. Images are cached for hour to minimise overhead on many compares against single image. Auto resize of images to below 1 MB if image too large for Biometric Vision call.

Token is obtained from Biometric Vision site. Has free usage for small amount of testing.

Topics can be set to control 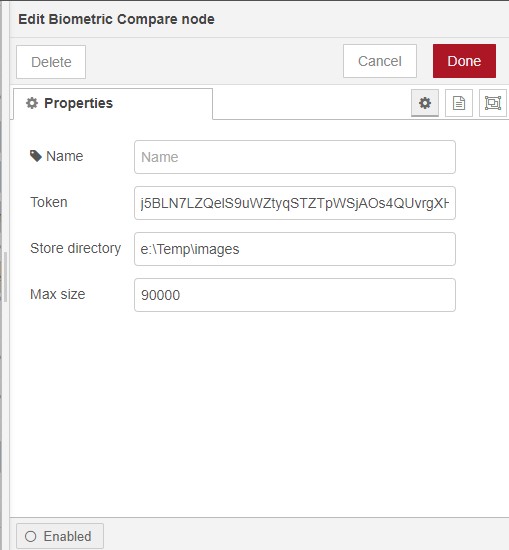 0.0.3 Change from request to http. Fix bug in sending to unmatched port and add match flag.