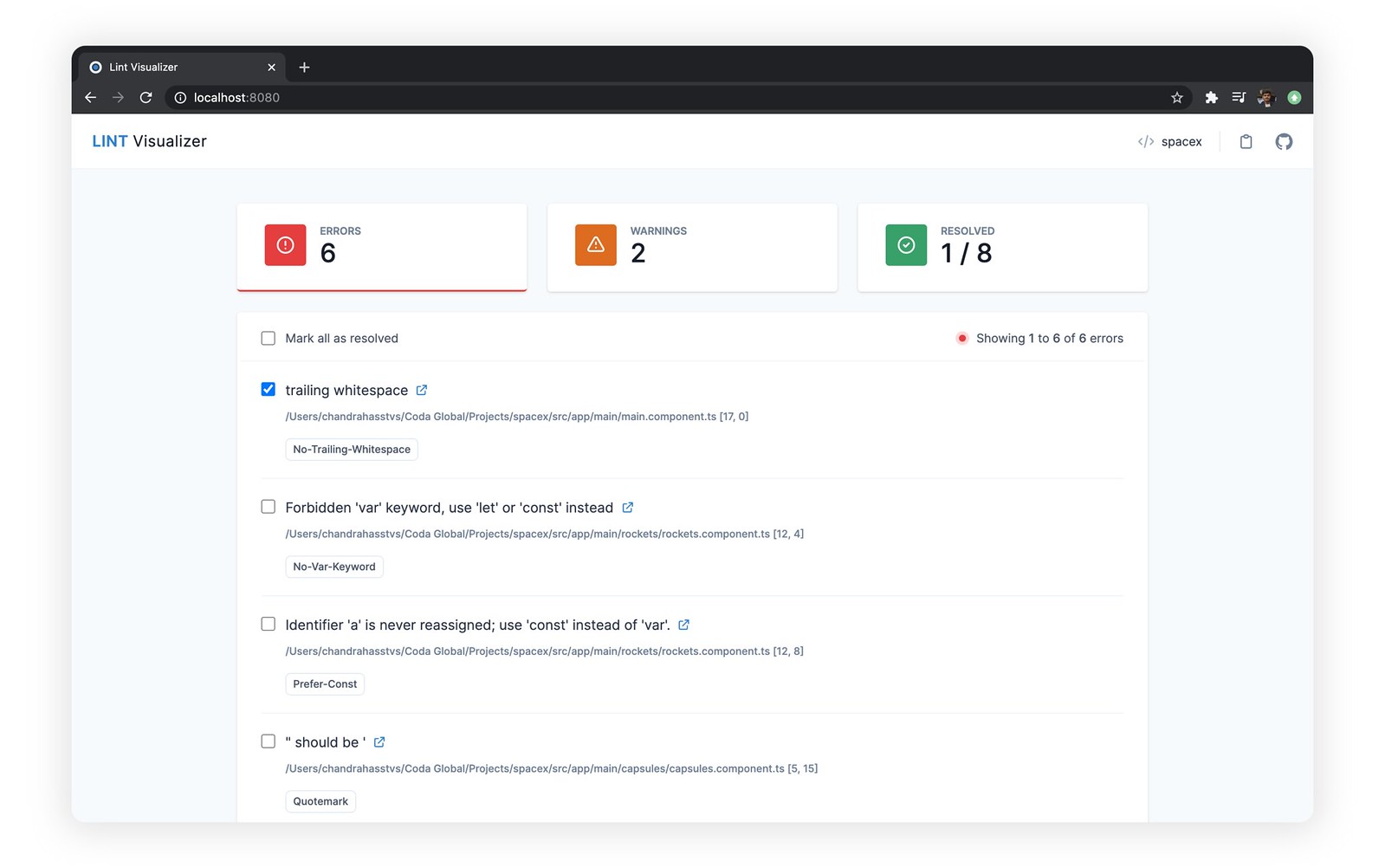 Currently supports only Angular based projects

Use the package manager npm to install lint-visualizer.

Add the following line to the package.json under the scripts section

The results will be available at http://localhost:8080 once the command is executed successfully

Looking to improve this tool by adding more features going forward as mentioned below: