lazy-brush - smooth drawing with a mouse, finger or any pointing device 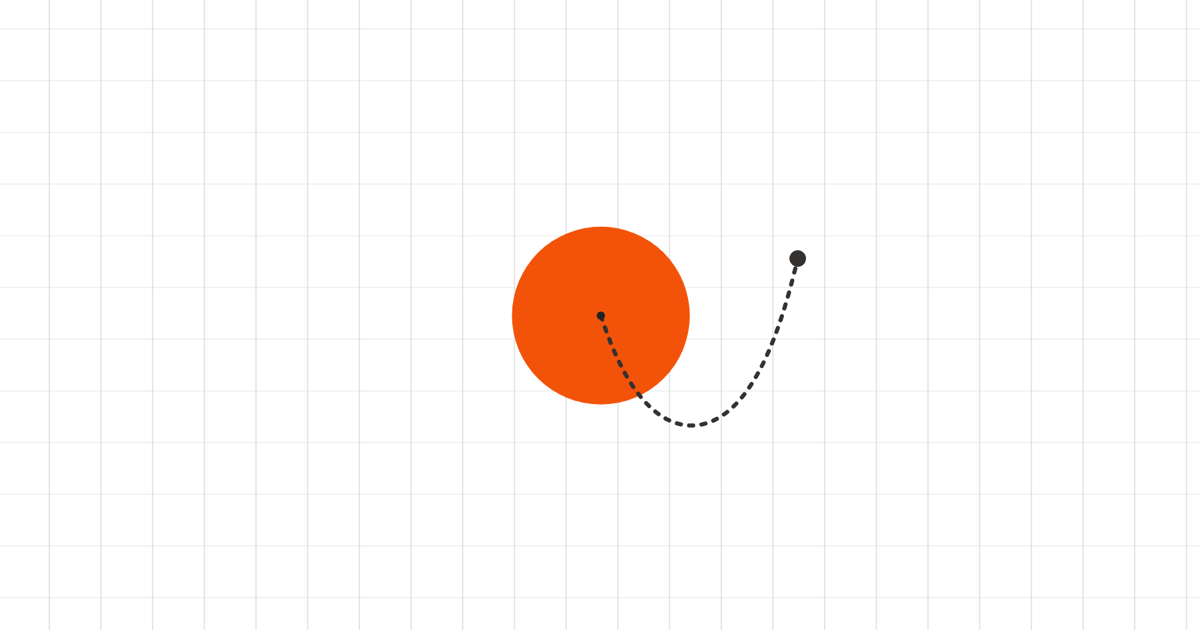 The demo app also uses catenary-curve to draw the little "rope" between mouse and brush.

This library provides the math required to implement a "lazy brush". It takes a radius and the {x,y} coordinates of a mouse/pointer and calculates the position of the brush.

The brush will only move when the pointer is outside the "lazy area" of the brush. With this technique it's possible to freely draw smooth lines and curves with just a mouse or finger.

When the position of the pointer is updated, the distance to the brush is calculated. If this distance is larger than the defined radius, the brush will be moved by distance - radius pixels in the direction where the pointer is.

lazy-brush is on npm so you can install it with your favorite package manager.

lazy-brush can be easily added in any canvas drawing scenario. It acts like a "proxy" between user input and drawing.

It exports a LazyBrush class. Create a single instance of the class:

You can now use the update() method whenever the position of the mouse (or touch) changes:

The function returns a boolean to indicate whether any of the values (brush or pointer) have changed. This can be used to prevent unneccessary canvas redrawing.

If you need to know if the position of the brush was changed, you can get that boolean via LazyBrush.brushHasMoved(). Use this information to decide if you need to redraw the brush on the canvas.

You can also pass a friction value (number between 0 and 1) when calling update():

This will reduce the speed at which the brush moves towards the pointer. A value of 0 means "no friction", which is the same as not passing a value. 1 means "inifinte friction", the brush won't move at all.

You can define a constant value or make it dynamic, for example using a pressur value from a touch event.

You can also update the pointer and the brush coordinates at the same time:

This can be used when supporting touch events: On touch start you would update both the pointer and the brush so that the pointer can be "moved" away from the brush until the lazy radius is reached. This is how it's implemented in the demo page.

Check out the basic example for a simple starting point on how to use this library.

Tip: Click on a version number to view a previous version's package page