This library allows you to easily create your own custom Jitsi client, in the Svelte framework.

Jitsi is a free, open-source, web-based video conferencing app that has a handy library called lib-jitsi-meet. However, there are quite a few intricacies to getting it working well, and if you're writing a Svelte3-based app, there is some additional complexity in getting all of the events to work together.

jitsi-svelte simplifies all of this and provides the svelte stores you need to build a web-based video conferencing app. It also provides Svelte components for Audio, and Video, among others. We use it at Relm to power our social virtual world. 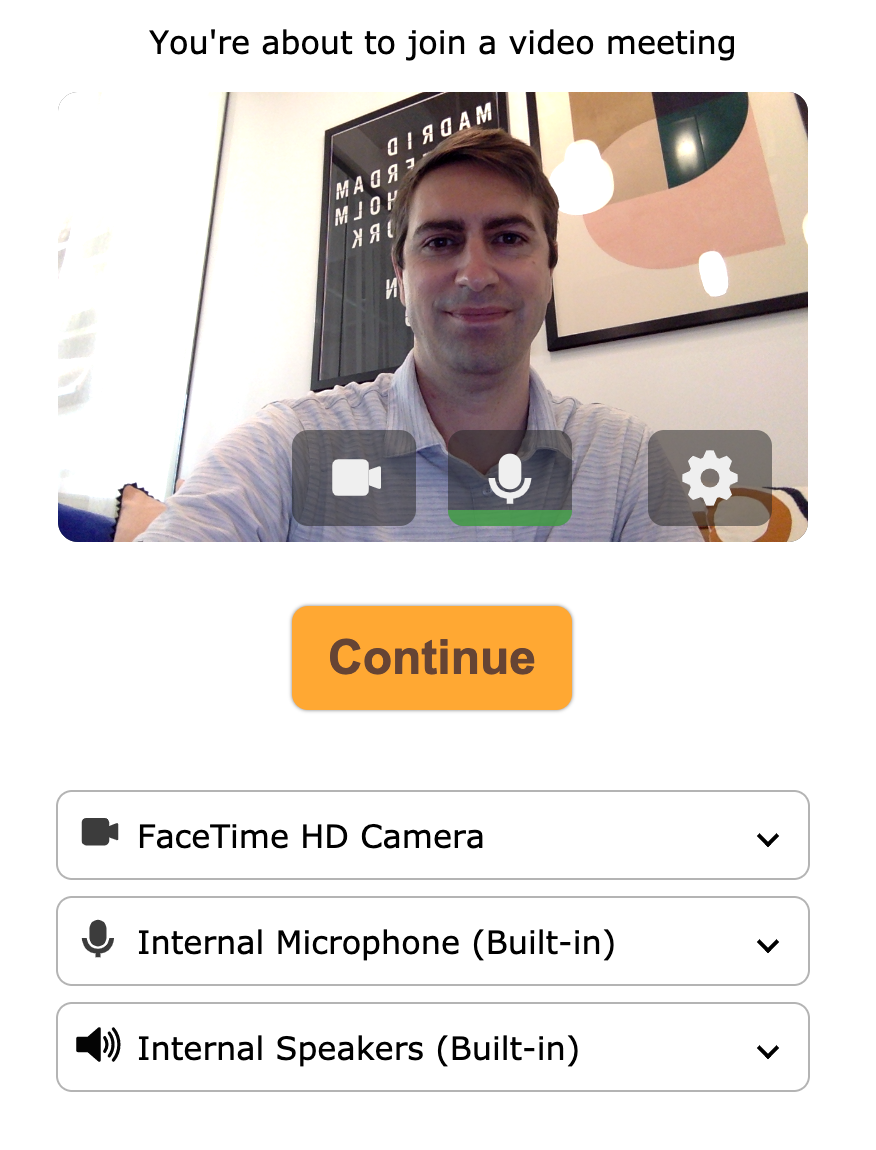 We were inspired by Whereby's intro screen and created what we call the "Mirror" component that mimics their UX & design. This Mirror can reduce the code you need to write to give a robust setup screen experience for your users.

See the example/ folder for a sample app that uses jitsi-svelte.

In general, you need to create a ConnectionStore via createConnectionStore and supply a JitsiConfig as the parameter; then, join a conference (at this point, the user will see others who've already entered the room), and use a Mirror component to let the user configure their mic and camera before entering the room.