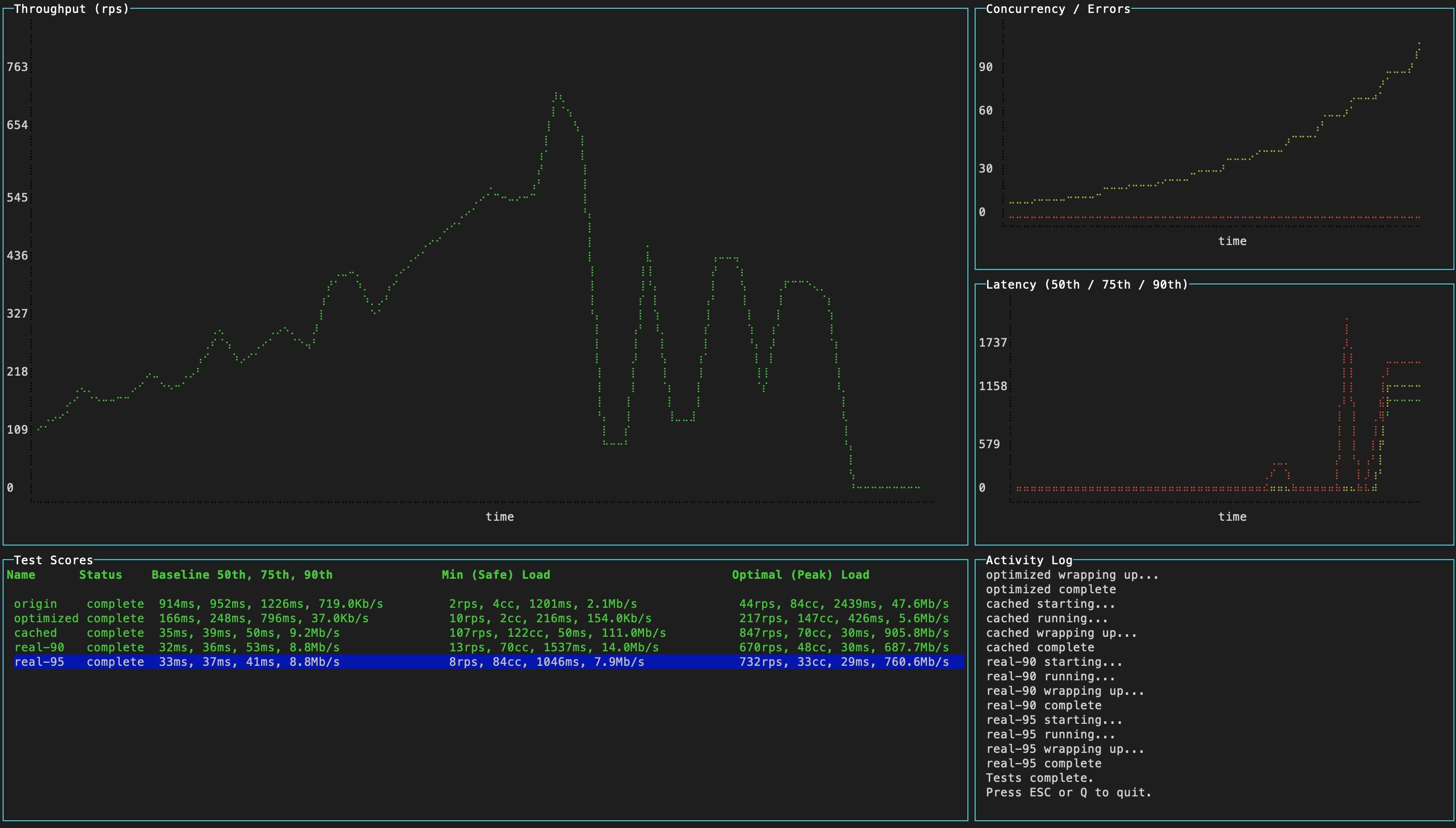 Gradual increase in concurrency load until errors or timeouts begin to occur, starting with a concurrency of 1 which is a measure of performance instead of load.

Calculated for each of the tests.

A number of real-time data points are available from the dashboard.