A beerbods script for Hubot

If you're using Slack, you'll be treated to a picture of the beer(s) and a link to search for it/them on Untappd. 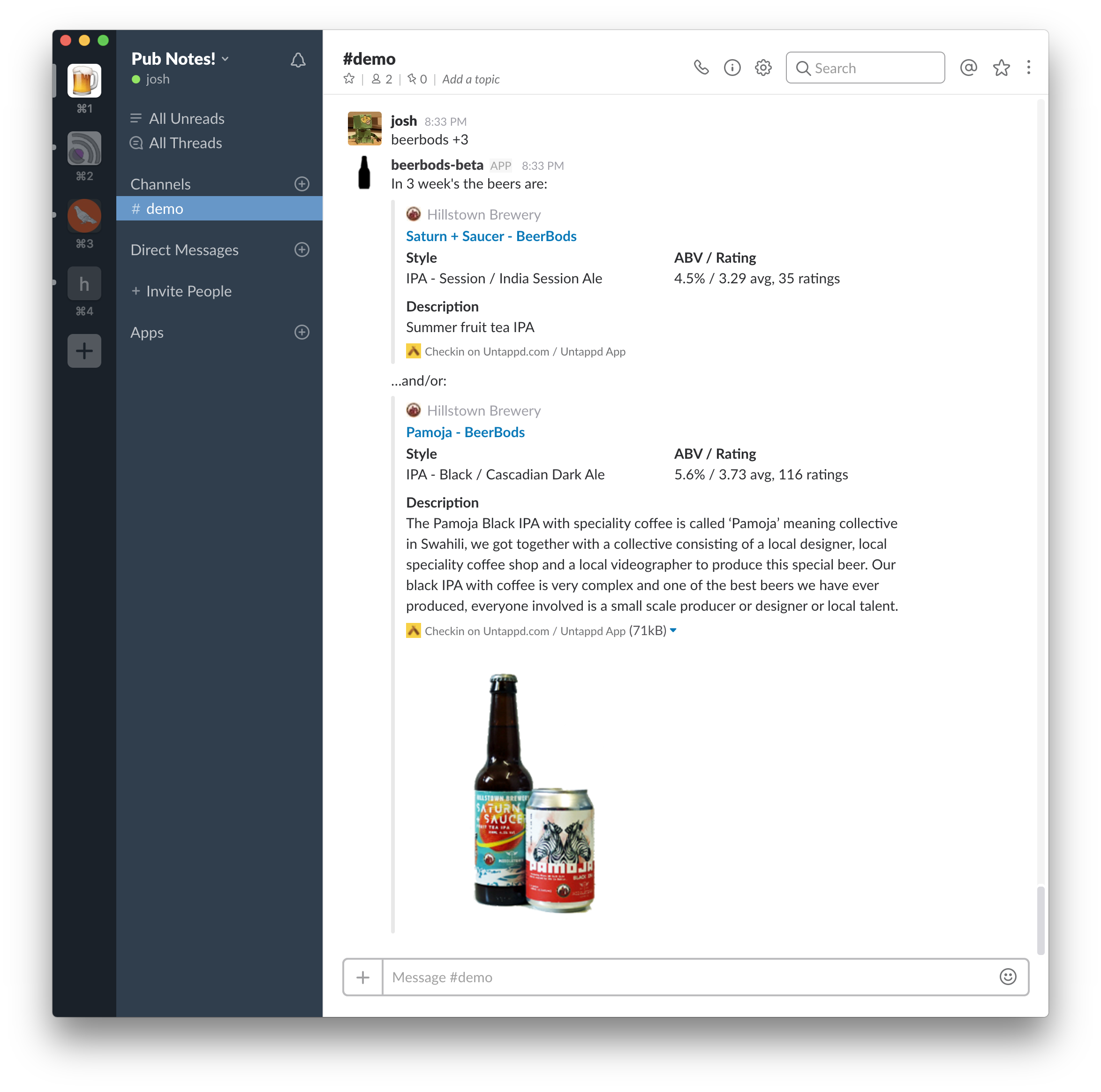 When used with Slack, the following environment variables offer configuration:

Not using Slack? There's no configuration, and it's fine to ignore the npm warning: