Getafix is a program which will automatically create and update your fixture data. Configuration is easy, since all you need to do is recreate the API's url structure locally. 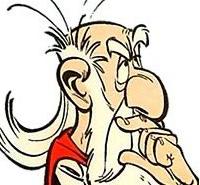 Perhaps it's easier to show rather than tell...

In this example, getafix would make requests to:

And save the results back into the JSON files. Adding more fixtures is just a case of creating more empty files.

Configuration files are interpretted as CoffeeScript.

To create different configs for certain endpoints, add extra .getafix configuration files in the appropriate folder. When more than one config lies in the path to an endpoint, the values are merged together.