GStreamer supports a wide variety of media-handling components, including simple audio playback, audio and video playback, recording, streaming and editing. The pipeline design serves as a base to create many types of multimedia applications such as video editors, transcoders, streaming media broadcasters and media players.

This will install the GStreamer library for Fuse SDK.

GStreamer development and runtime files for desired platforms must be installed on your system to use this package. More information can be found on this page.

This instantiates a GStreamer control playing a live video stream over RTSP. Many common transport protocols, container formats and media codecs are supported out-of-the-box. If you want to play local files, provide a file:/// URI instead.

To use this control in your project, you must add "GStreamer" to "Packages" in your .unoproj file. 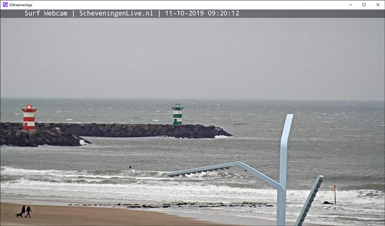 You can play around with the included example app.

First, make sure dependencies are installed and our library is built.

Then, issue one of the following commands to run the app on your desired platform.

Essentially, make sure to initialize GStreamer in Uno, then write GStreamer code to do what you want...

Check out the files under GStreamer/ to see how GStreamer is used from Uno, most notably UriPipeline.uno.

Check out Player.uno to see how this stuff is wrapped up into the UX control we're using in our example app.

If you add some cool functionality, remember that pull requests are very welcome. :-)

Please report an issue if you encounter a problem, or open a pull request if you make a patch.

MIT for code in this repository, but note that GStreamer is LGPL and that some plugins may require additional licenses.