Core library for the FlowAV project. Use this if you'd like to include FlowAV into an existing project.

FlowAV is a live coding programming language built on top of VideoContext and Gibberish. FlowAV gets its name from the Flow-Based Programming paradigm, and while not strictly a FBP, the syntax heavily implies a logical flow of data.

The best way to describe FlowAV's syntax is to breakdown a small example. 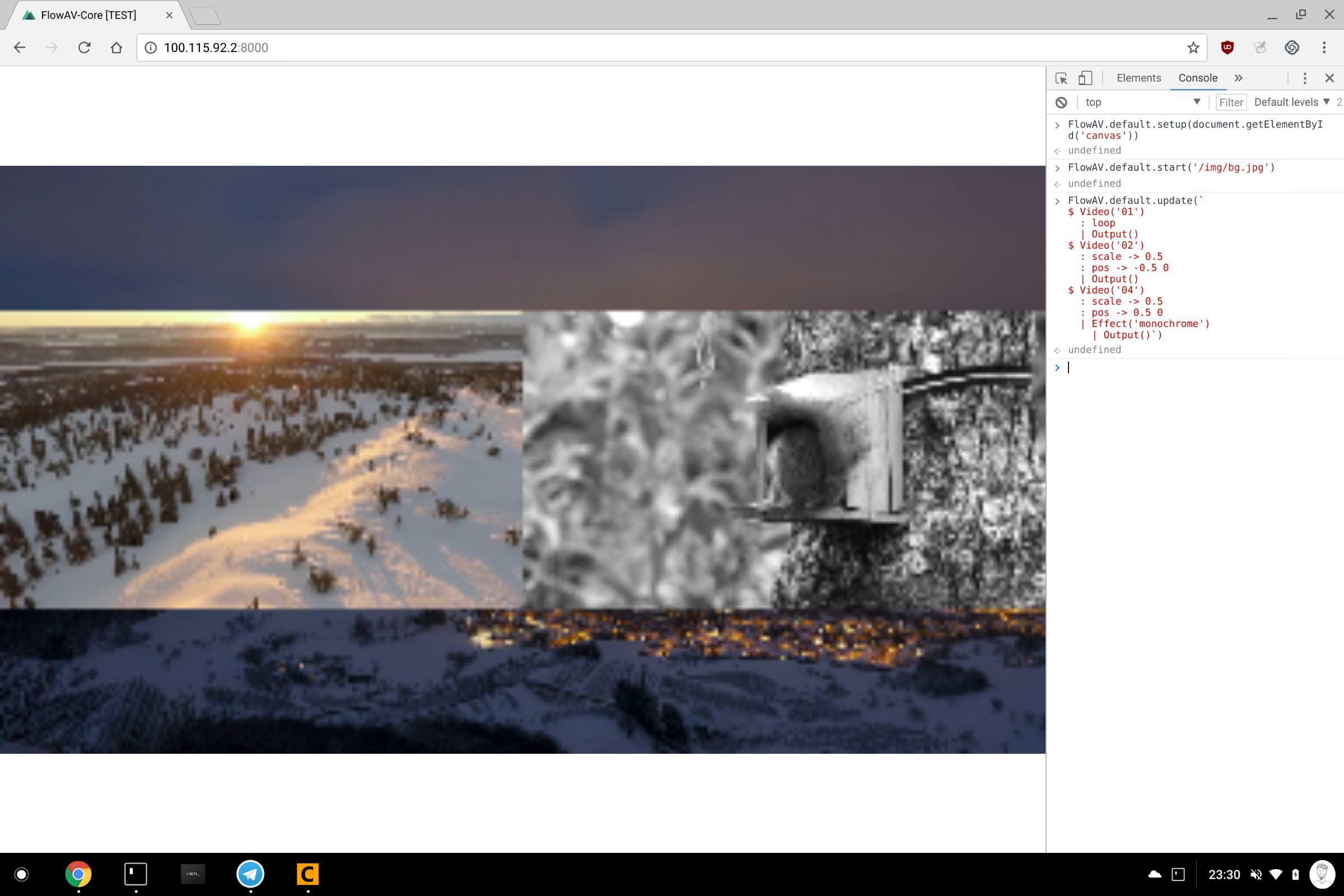 The snippet of code will do the following:

The code is split into blocks and follows a tree-like branching structure.

Declares the context for the following block. $ for video and # for audio. Currently only the video context is functional.

What follows after a block declaration is a root node; these are video or image sources for the video context. The current nodes are valid root nodes:

The above code snippet demonstrates that FlowAV expects video files to be placed in a /video folder in the root directory. Doing so allows users to type the file name rather than the whole path. It also demonstrates loading a video from an external URL. While this is currently functional, it is possible this feature is dropped in the future.

These are used to define parameters for a node, they follow the syntax : param -> (value) where value is optional. If left blank, the value will implicitly be true; useful for parameters such as loop.

If you'd just like to play around with FlowAV, check out the sister project FlowAV-Live to build an environment or head here to try it in the browser.

If you'd like to contribute to FlowAV-Core or use it in an existing project follow these steps.

To build the project into a UMD file as /dist/FlowAV.js run:

At the moment webpack compiles all the dependencies as part of the build process. This might not be a good idea but honestly I don't have a clue...