CSS content-visibility is only supported on Chrome 85+, Chrome Android 85+ and Opera 71+ but not Firefox, Safari and IE unfortunately, see web.dev. Intersection Observer API supports pretty much all browsers except IE, thus an intersection observer polyfill is included for compatible on IE.

Basically, all children inside it will only be renderred after it appears on viewport.

Use in JSX (React/Preact)

This is will be set as CSS custom variable for contain-intrinsic-size if browsers support it. see

Generally speaking, we can plausibly say rendering & layout time improved around 40%, however benchmark results vary depends on sampling size, environments, tools, implementation and etc. Too many factors could impact benchmark results, so this is just a quick sample results to demonstrate the performance differences. 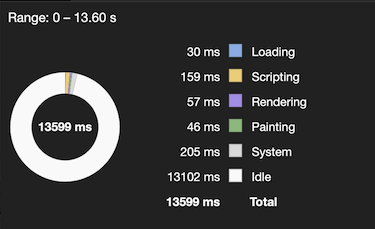 Rendering and Painting time reduced around 50%. 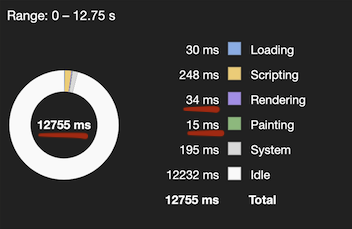