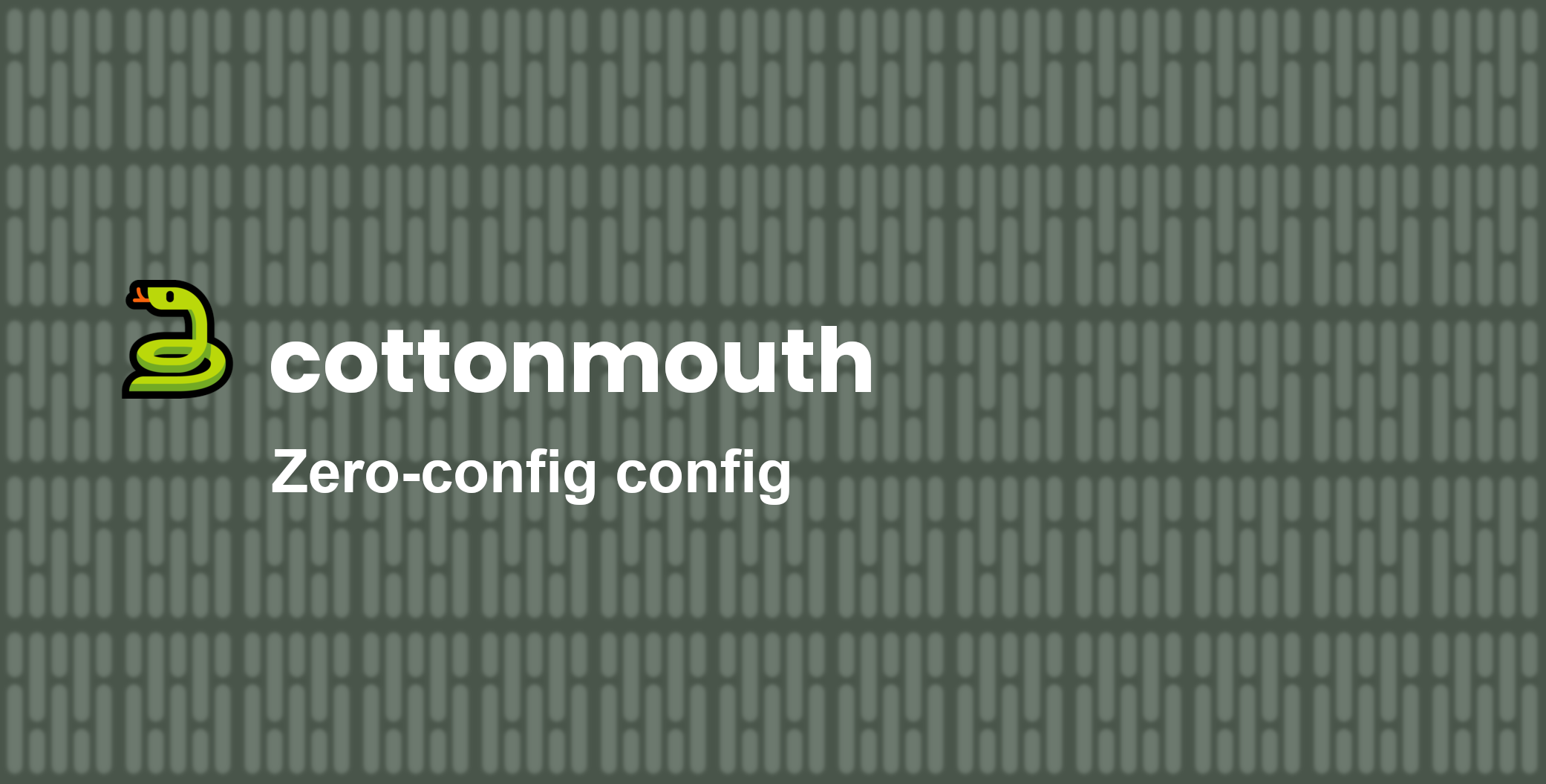 Cottonmouth is still in development, but most desired functionality is present and breaking changes are unlikely.

On cottonmouth's docs site, we've created a 5 Min Tutorial to get you up and running in minutes!

You can find a list of "community" packages related to cottonmouth on the official docs site!

Is your company/community using cottonmouth in production? Open an issue and get your logo added below!