The functionality of BattleScripts is defined entirely by JSON messages. This is just one possible implementation of an Engine. Because orchestration is done entirely through JSON messages without any dependence on language or implementation, other Engines could be written in other languages which perform the same function. 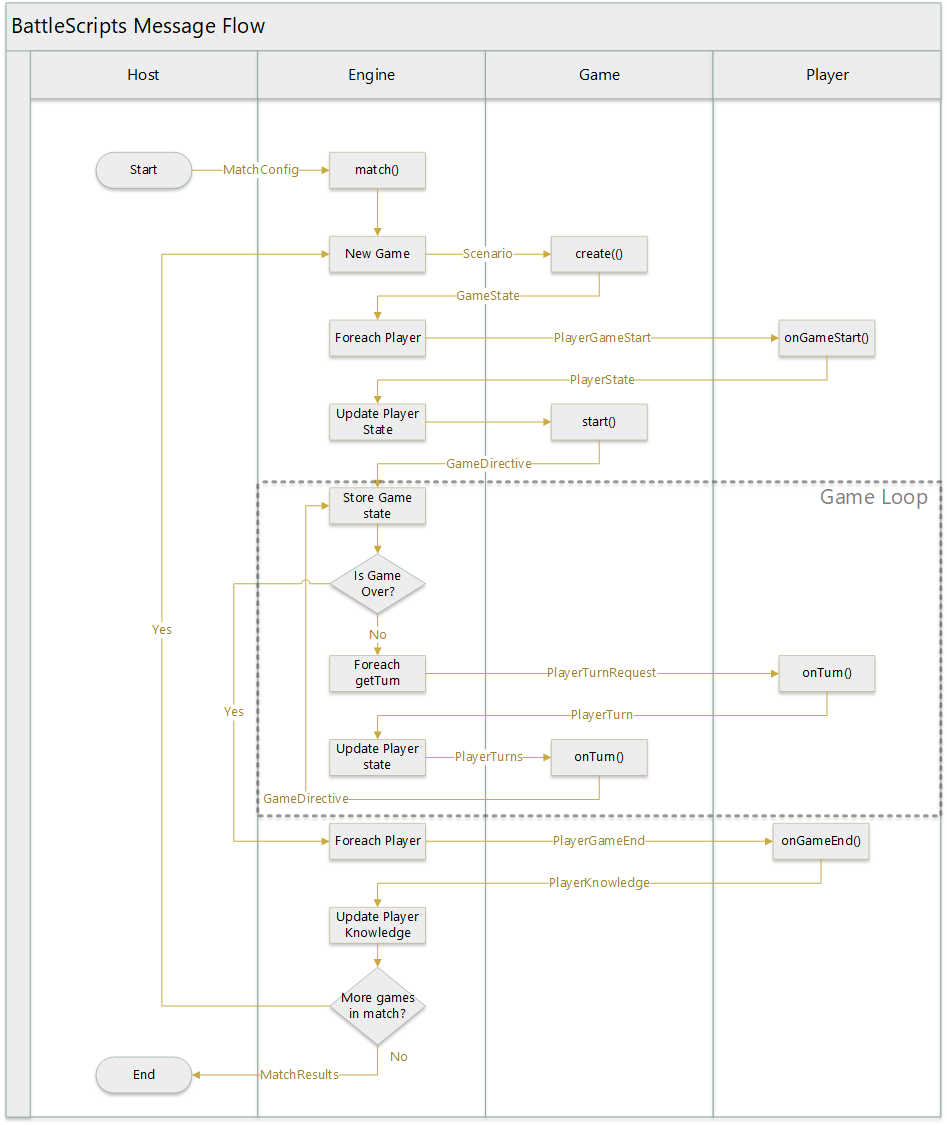 Passed into the Engine to instruct it to begin playing a match.

Returned from the Engine. The results are an Array of results for each game. The state is an Array of games, each being an Array of individual game states.

The output of tally() takes raw results and computes a summary.

The Game returns this as the "command" to the Engine to control flow. This is the core of the Game's interaction with the Engine.

After requesting moves from players, the Engine passes this message to the Game to process the moves.

These are game-defined types that may contain any data or structure as decided and documented by the Game being played.

Passed to the player when a game is ready to start.

Passed to the Player when they are asked to take a turn.

Passed from the Player to the Engine to take a turn. The playerState attribute is optional if the player wishes to persist state between turns.

Passed to the Player when the game is over to inform of the results.

These are player-defined data structures. Knowledge is passed from the player to itself between games so it can change its behavior over multiple games. PlayerState is within a single game only, passed to each turn and optionally updated.

The Host environment is responsible for passing a Game and one or more Player objects to the Engine. The Engine is agnostic about how these objections function, as long as they satisfy the interfaces below.