Deploy a single page app on AWS in one command. 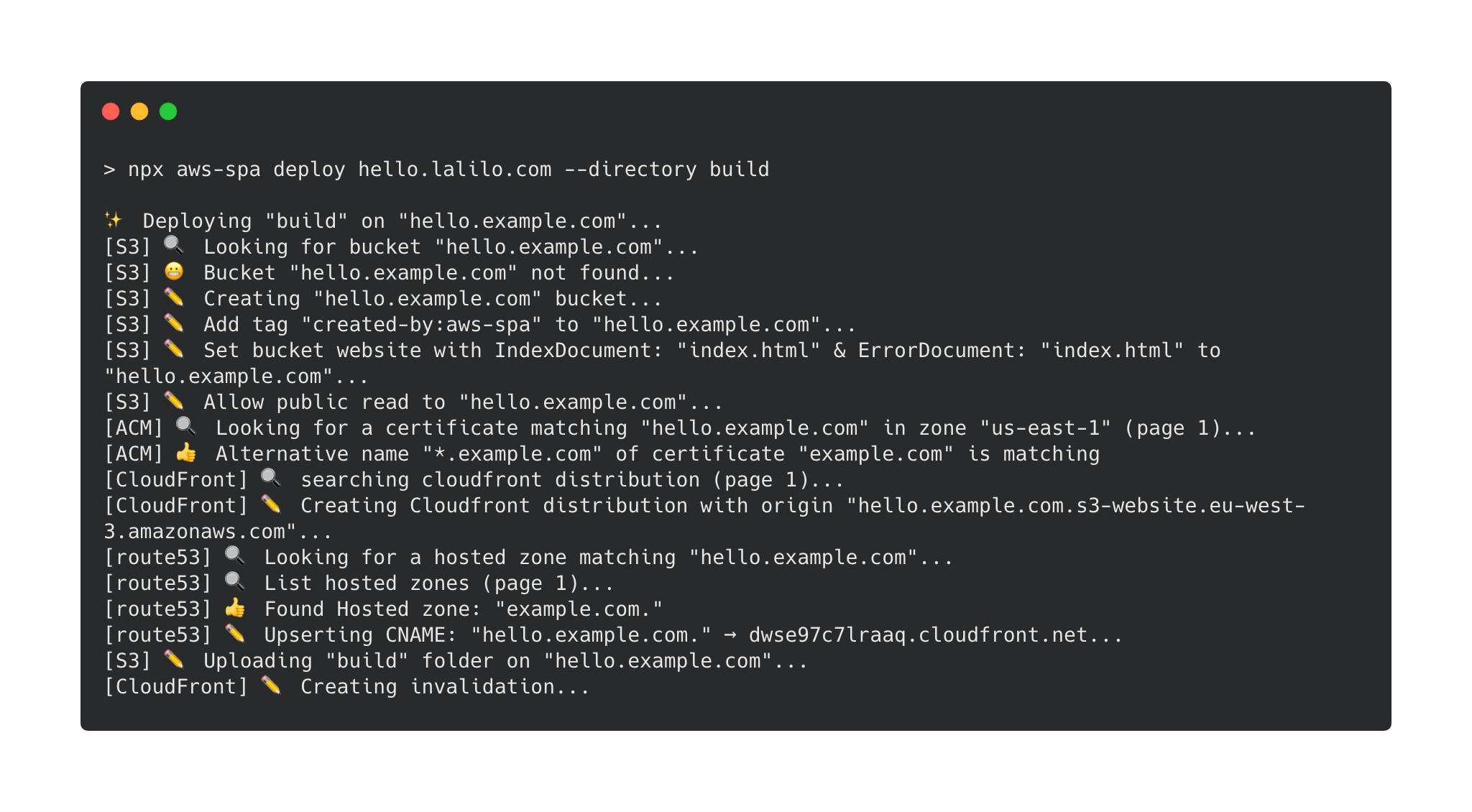 Configuring the deployment of a single page app is harder than it should be. Most SPA configuration are very similar. aws-spa embodies this idea. It is meant to handle all the quirks associated with SPA configuration.

The domain name on which the SPA will be accessible. For example app.example.com.

You can also specify a path: app.example.com/something. This can be useful to deploy multiple versions of an app in the same s3 bucket. For example one could deploy a feature branch of the SPA like this:

Migrate an existing SPA on aws-spa

aws-spa is aware of the resources it is managing thanks to tags.

If a S3 bucket named with the domain name already exists, a prompt will ask you if you want to deleguate the management of this bucket to aws-s3 (this will basically checks that s3 bucket is well configured to serve a static website).

If it better suits your use case, these tools are probably a very good choice because there are done for this. Meanwhile there are some reasons why it is written in javascript: